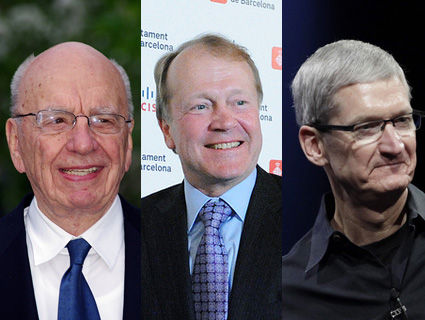 In 2010, people cheered when Congress gave shareholders the right to vote on the pay of corporate CEOs. Too bad those nonbinding votes haven’t embarrassed the greed out of the chief executives. In fact, CEO pay crept up another 5 percent last year, once again far outstripping wage gains for middle-class workers.

While some CEOs, such as GE’s Jeffrey Immelt, took a modest pay cut in 2011, many continued drawing outsized checks. Here we list 10 of the most egregiously overcompensated executives. They’re selected not just on the size of their pay packages, but how much more they were paid than their peers at similar companies, as well as the disparity between their personal fortunes and those of their employer. Collectively, they highlight the cozy relationships between today’s corporate boards and their chief executives. “You don’t suggest [corporate compensation] consultants who are Dobermans,” Warren Buffet, a critic of excessive CEO salaries, quipped in this YouTube clip. “You get cocker spaniels and make sure that their tails are wagging.”

By far the nation’s highest paid CEO, Tim Cook earned more last year than the next four best-compensated CEOs combined. He raked in 378 million times the salary of his predecessor, Steve Jobs, whose 2010 pay was just $1. Apple could pay Jobs so little because it had given him stock options early in his tenure that exploded in value with the launch of its iPhones and tablets. The company clearly wants to replicate that approach with Cook, whose pay was mostly a one-time grant of $377 million in Apple shares. But even when averaged over their 10-year vesting period, those shares at current prices give Cook an annual take of $38 million, which is more than all but nine CEOs earned last year. “If Apple continues its growth at even more modest levels than it has in the past,” corporate governance consultant Paul Hodgson told Bloomberg, “then the award is going to far exceed anything we’ve ever seen.” 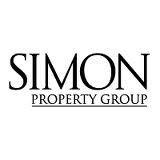 Simon and Cook are the only two CEOs of publicly traded companies who occupy the exclusive nine-figure niche, but other than getting big lump payments in stock, they have little in common. Simon’s real estate investment trust earned just 4 percent of what Apple brought in last year, and it had smaller percentage gains in profits and stock price. Shareholders showed their displeasure at Simon Property Group’s annual meeting in May, voting nearly 3 to 1 to reject Simon’s pay deal. While the company responded that it would “take their views into consideration,” it did not pledge to renegotiate Simon’s pay.

Shares in the media conglomerate that owns Animal Planet and the Discovery Channel slid last year over fears of ad revenue declines and concerns that the internet and Netflix are decimating cable profits. Even so, Discovery gave Zaslav a 23 percent raise, making him second only to Leslie Moonves of CBS (a much larger company) as the nation’s highest-paid media executive. In May, Discovery Communications’ stock slipped again when the company booked losses on OWN, its joint venture with Oprah Winfrey. 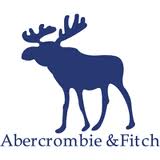 Jeffries’ pay more than doubled last year even as Abercrombie shares took a tumble, dragged down by the preppy retailer’s poor performance in Japan, Canada, and Europe. He raked in more than four times as much as the CEO of Dick’s Sporting Goods, a similarly sized retailer that logged a respectable 16 percent return on investment. Jeffries’ company has resorted to antics such accusing Jersey Shore star Michael “The Situation” Sorrentino of damaging the brand by donning Abercrombie shirts on television. A day after the company offered Sorrentino “substantial payment” not to wear its clothes, its stock plunged 9 percent. 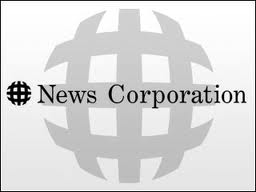 News Corporation shares rose dramatically last year, but public confidence in the company that owns British tabloids, Fox News, and the Wall Street Journal plummeted. Starting last July, a series of investigations revealed that News Corp.’s tabloid, News of the World, had engaged in hacking private cellphones on a much wider scale than previously disclosed—and with the knowledge of senior News Corp. executives. The inquiries led to the shuttering of the tabloid, the resignation of Dow Jones CEO Les Hinton, and the arrest of three former high-level News of the World employees. Yet amid this imbroglio, News Corp. boosted Murdoch’s salary by 75 percent. In May, a British parliamentary committee released a report concluding that Murdoch had “exhibited willful blindness to what was going on in his companies and publications” and was “not a fit person to exercise stewardship of a major company.”

Cappelli’s pay shot up more than 1,400 percent last year, and it’s far from clear what he did to deserve $23.5 million in stock and stock options; shares in Apollo, which owns the for-profit University of Phoenix, were up just 10 percent last year, and Cappelli isn’t even the company’s sole CEO. (He splits the title with Charles B. Edelstein, who received an even bigger options grant in 2008.) Stock options are supposed to give CEOs an incentive to promote long-term growth, but that clearly hasn’t worked at Apollo. Since January 2008, it has underperformed the S&P 500 and most other education companies. In 2012, its stock is down 40 percent.

If Goldman Sachs really is a vampire squid that bleeds the rest of the economy, then perhaps we should thank Blankfein for bleeding Goldman Sachs. In 2011, net income fell 67 percent at America’s most-despised investment bank and it announced plans to eliminate 1,000 employees—though it separately said it would hire 1,000 new ones overseas. In the midst of all this cost cutting, Blankfein took a 15 percent pay raise.

Chambers earned $6 million less last year than he did in 2010 (when he also made our most-overpaid list), but his $12.6 million take is no bargain for employees or shareholders. Beset by weak demand and stiff competition, Cisco lost 30 percent of its market value in 2011 even as it announced plans to cut 6,500 workers—the largest layoff in company history. Chambers isn’t exactly feeling their pain. Though Cisco’s shares have never recovered from their peak in 2007—when Chambers earned $11 million—his average annual salary has been 32 percent higher since then.

Never heard of VCA Antech? You’re not alone. This provider of “pet healthcare services” had just $1.5 billion in sales last year—a drop in the bucket compared to, say, the profitable drugstore chain CVS, which nonetheless paid its CEO $100,000 less than Antin earned. Profits fell 13 percent at VCA Antech last year, but that didn’t dissuade the company’s board from giving Antin—who holds the triple title of chairman, president, and CEO—a 536 percent raise that included $10 million in stock and a $928,000 cash bonus. His package was opposed by a leading corporate governance consultancy and by his own shareholders—58 percent rejected it in a nonbinding “say on pay” vote.