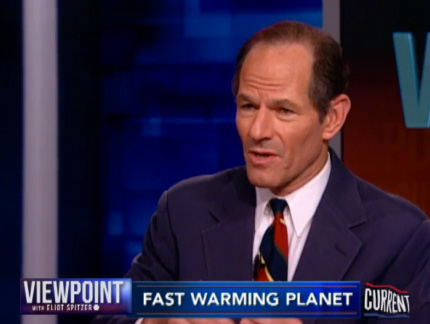 So let me get this straight. We just found out that July was the hottest month on record.

This past week, James Hansen, the director of NASA’s Goddard Institute for Space Studies and father of climate change science, wrote of the peer-reviewed research he just completed: “For the extreme hot weather of the recent past, there is virtually no explanation other than climate change.”

And last month, Richard Muller, a University of California-Berkeley physics professor, MacArthur Fellow, and former climate change skeptic—whose research was funded by the Koch brothers—concluded that “global warming was real and that prior estimates of the rate of warming were correct. I’m now going a step further: Humans are almost entirely the cause.”

The pace of global warming is accelerating and the scale of the impact is devastating. The time for action is limited—we are approaching a tipping point beyond which the opportunity to reverse the damage of CO2 emissions will disappear.

And what are we talking about in our presidential campaign? Obamaloney and Romney Hood. Silliness has taken over, and the capacity to raise tough issues has dissipated if not gone entirely. Climate change appears to have fallen off the political agenda.

Yet there is an answer for either candidate courageous enough to take the first step. This answer is steeped in conservative economics: Companies that pollute should be taxed so that a product’s cost to society is reflected in the price of that product. Milton Friedman and Richard Posner agree on this point!

The idea, proposed by Hansen, is simple: a fee on carbon emissions collected from fossil-fuel companies, with 100 percent of the money rebated to legal residents on a per capita basis. It is simple, would move us away from carbon-based fuels, would cost most consumers nothing, and would stimulate innovation in the clean-energy sector. Right now, in contrast, we are subsidizing fossil fuels to the tune of hundreds of billions of dollars a year—while the greatest minds in science agree that we are destroying our planet.

It is not a matter of ideology to say that this makes no sense. It is a matter of simple, conservative economics. Is it too much to ask our candidates that in the hot, dog days of August, they trade ideas, not ad hominem attacks?