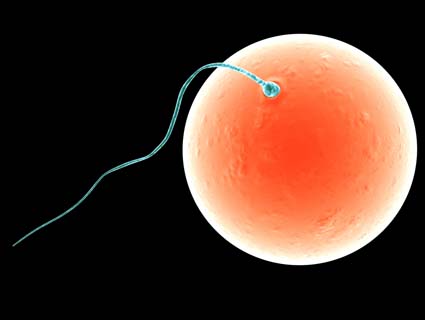 In what will probably strike many people as a monumentally tone-deaf move, the GOP plans to include a plank in its 2012 platform calling for an amendment that would outlaw abortions under any circumstance. CNN reported on the draft language it obtained on Monday night, and the platform committee approved it on Tuesday:

“Faithful to the ‘self-evident’ truths enshrined in the Declaration of Independence, we assert the sanctity of human life and affirm that the unborn child has a fundamental individual right to life which cannot be infringed,” the draft platform declares. “We support a human life amendment to the Constitution and endorse legislation to make clear that the Fourteenth Amendment’s protections apply to unborn children.”

This plank isn’t new for the GOP; it was also part of the party’s platform in 2008. But given the major flap this week over Missouri Republican Todd Akin’s remark that women who are the victims of “legitimate rape” can’t get pregnant and therefore a rape exception isn’t necessary, the release of the draft language arrives at a pretty bad time for the GOP. Scores of Republicans have condemned Akin’s remarks. But by including it in the platform, the party is formally aligning behind a position that shows the same disregard for women who are the victims of rape that Akin got pilloried for vocalizing.

The human life amendment—which is in line with the “personhood” bills that have proliferated in the states in recent years—would extend legal rights to fetuses at any stage of development. Most of the measures creating a new constitutional amendment that anti-abortion lawmakers have tried (and failed) to pass in Congress over the years have explicitly defined life as beginning at the “moment of fertilization,” meaning they would effectively make all abortions illegal. That includes pregnancies that are the result of rape or incest, or if the life of the woman is at risk, since the amendment would make the fertilized egg and the woman equals in the eyes of the law. This type of amendment would also likely outlaw forms of contraception that prevents the implantation of a fertilized egg.

The topic of personhood has been a sticky one for Mitt Romney, who has tried to have it both ways on the issue; he voiced his support for a human life amendment in 2007, but during a GOP presidential debate last September he said that such an amendment would create a “constitutional crisis.” On the campaign trial, he tried to distance himself from the personhood crowd, but now that his party is once again incorporating the measure into its platform, it will be a tough subject for him to keep avoiding.

When it come to reproductive rights, the platform doesn’t stop at fetal personhood. It also includes a shout-out to other efforts limiting women’s abortion access around the country, according to CNN:

Republicans have also inserted a “salute” to states pushing “informed consent” laws—an apparent reference to ultrasound bills that have moved through some state legislatures—”mandatory waiting periods prior to an abortion, and health-protective clinic regulation.”