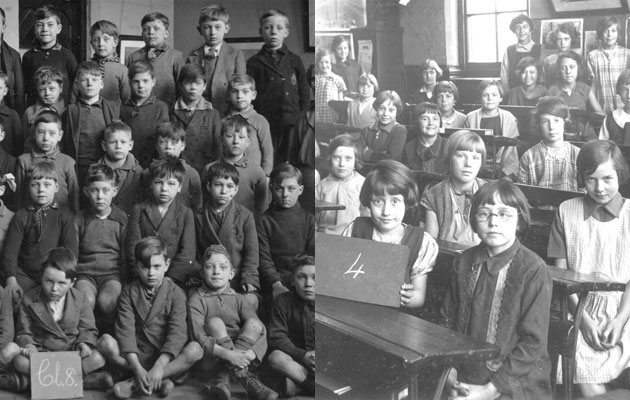 Update 08/29/2012 11:00 PM: Today a federal judge blocked same-sex classes at the Van Devender middle school in West Virginia for the 2012-13 school year. The ACLU’s lawsuit (filed on behalf of one of the school’s families), however, will continue to move forward, and the court’s ruling doesn’t put a permanent end to the program. The court found that the sex-based program at Van Devender violated federal law by not being completely voluntary. It also noted that “certain gender-based teaching techniques based on stereotypes and lacking any scientific basis may very well be harmful to students.” Van Devender middle school must return to coeducation on Monday.

At the Van Devender middle school in Wood County, West Virginia, girls and boys learn in separate classrooms. The girls’ rooms are lit with dimmer light than those of the boys. They are also kept at warmer temperatures. Girls must sit still, at shared desks. Boys get individual desks and are allowed to move around, sit on beanbag chairs, even lie on the floor. If girls fidget, they’re sent to the boys’ classroom—where they can’t participate in the lessons, and must instead sit facing the wall. The school motto: “Van Devender Middle School: Where Gender Matters.”

The school claims that its sex-segregated classrooms are a scientifically proven way to boost academic performance. According to the American Civil Liberties Union, not only are they not scientific, they’re illegal. Last week, the organization filed a federal suit (PDF) against the Van Devender school, alleging that its single-sex classrooms violate Title IX, as well as the 14thAmendment’s equal protection clause. (Not to mention that they diminish the quality of students’ education.)

The case is led by ACLU cooperating attorney Amy Katz, who’s got her own spin on the school’s motto. “[Kids] are getting the message that the single most important thing in this place is whether you’re a boy or a girl,” she says. “I like to say, ‘Van Devender: Where Gender Matters, more than anything else.'” At a court hearing yesterday, the ACLU’s request for a restraining order to prevent the school from splitting sexes when classes start this Thursday was denied—so Van Devender will enter the school year with its single-sex program intact. (The program can still get cut off down the line; the ACLU has another hearing on the case next week.)

The Van Devender suit is one of several that have cropped up against school districts mandating gender-differentiated education. Late last year, the ACLU shut down single-sex ed in the Vermilion Parish school district in Louisiana; it also unsuccessfully sued a sex-segregated school in Kentucky. More cases are likely. Since the Department of Education eased federal restrictions for single-sex programs in 2006, hundreds have materialized around the country. ACLU offices in Alabama, Florida, Maine, Mississippi, Virginia, and West Virginia have sent cease-and-desist letters to school districts, warning them that their single-sex programs may be illegal.

Most of these schools, including Van Devender, base their curricula (PDF) on the teachings of Leonard Sax, the founder and director of the National Association for Single Sex Public Education (NASSPE), and the father of sex-based teaching methods. His materials—which include three books—have been broadly discredited by academics.

Sax’s work asserts that boys and girls learn best when separated because of innate, biological differences that require different classroom setups, teaching methods, discipline, and even room temperatures. Van Devender hired Sax as a consultant when it decided to implement single-sex learning in 2009. The school also employed David Chadwell, a member of NASSPE’s advisory board, to train teachers on the new curriculum.

One Sax article (PDF) that Van Devender used in crafting the program explains that boys’ teachers should “speak loudly and in short, direct sentences with clear instructions: ‘Put down your papers. Open your books. Let’s get to work!'” Girls’ teachers should “speak much more softly, using more first names with more terms of endearment and fewer direct commands: ‘Lisa, sweetie, it’s time to open your book. Emily, darling, would you please sit down for me and join us for this exercise?'”

Another article used by Van Devender suggests that boys will get excited about math if teachers focus “on the properties of the numbers per se.” Girls, though, need “real world” examples when learning math, so when presenting a formula, “don’t expect the girls to ooh and aah over that fact the way the boys do.”

Claremont McKenna psychology professor Diane Halpern, an expert on single-sex education, filed a 79-page report in support of the ACLU’s case, further debunking the theories used by Van Devender. “The underlying neurobiology of learning is the same for girls and boys,” she explains. “There is NO evidence that they learn differently.” She continues: “There is in fact so much overlap in the brain development of boys and girls that it does not make sense to provide separate educational experiences.”

Van Devender claimed its sex-segregated approach would boost academic performance. It appears to have done the exact opposite: Halpern’s report shows that both girls’ and boys’ scores on tests in reading, math, social studies, and science (the four subjects taught in sex-segregated classrooms), have dropped significantly since the school switched to single-sex education during the 2010-11 school year. 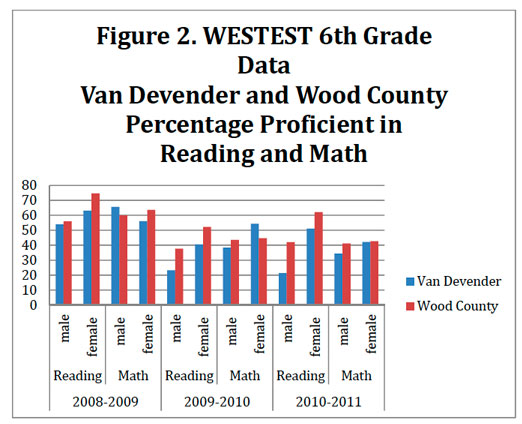 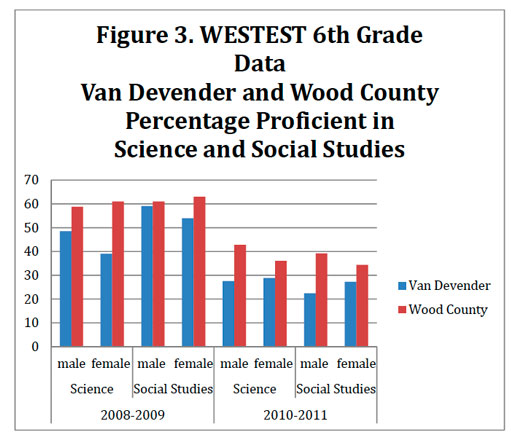 Dr. Diane Halpern/ACLU ACLU West Virginia’s executive director Brenda Green says that the organization has gotten feedback from Van Devender teachers who don’t like the sex-segregated program. “They’re not willing to go public because they’re concerned about their jobs,” Green says. “One we know, and the other won’t even identify themselves to us.”

At a meeting for parents last Thursday night, Van Devender principal Steve Taylor addressed the ACLU case by assuring attendees that the school does have an alternate plan for co-ed education ready, should they be forced to drop the single-sex program. He also stressed that parents are, and always have been, free to opt-out of the program by requesting mixed-gender classes. “I have never had anyone request a co-ed class,” he said. “That is why we’ve never offered one.”