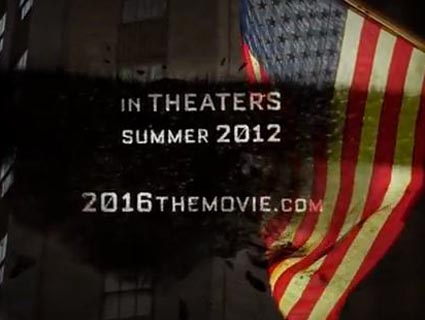 Hours after armed gunmen stormed a US consulate in Benghazi, Libya, last night—an attack that ultimately resulted the deaths of four Americans, including US Ambassador to Libya Christopher Stevens—Republican presidential nominee Mitt Romney accused President Barack Obama of “sympathizing” with those who killed Americans. The attackers were reportedly angry over a poorly made YouTube film that denigrated Islam.

“I’m outraged by the attacks on American diplomatic missions in Libya and Egypt and by the death of an American consulate worker in Benghazi,” Romney said in a statement issued Tuesday night. “It’s disgraceful that the Obama administration’s first response was not to condemn attacks on our diplomatic missions, but to sympathize with those who waged the attacks.” At a press conference in Florida Wednesday, Romney said he stood by those remarks. What Romney said wasn’t merely critical of the statement from the US embassy in Cairo (which apologized for the video in a statement issued before the protests began, although Romney has falsely claimed otherwise) but actually imputed “sympathy” on the part of the president for those who killed an American citizen.

The president is never immune from criticism, even in moments of tragedy. But even in a polarized age, Romney’s comments are shocking. They don’t merely assign responsibility for the incident to, say, poor leadership or a failed foreign policy. Instead, Romney’s remarks suggest that Obama has very specific personal motivations: When violent religious radicals slaughter Americans, Obama is on the side of the radicals. As it happens, Romney’s statement isn’t coming out of nowhere: It comes out of a very well-developed narrative, popular on the fever swamps of the right where questions about Obama’s citizenship or faith linger. The idea that Obama is driven chiefly by hatred of America and the West and harbors a desire to make America pay for its transgressions is the thesis of Dinesh D’Souza’s recently released film, 2016: Obama’s America. The film is a “documentary” version of various articles D’Souza has written over the past few years alleging that Obama can only be understood through the lens of “Kenyan anti-colonialism,” an ideology bestowed on Obama by the father he hardly knew.

D’Souza’s film, which has been successful at the box office, is meant to provide a scholarly sounding argument that reaches the same conclusions about Obama’s nature implied by the right-wing conspiracy theories that have dogged the president since 2008: That he is a secret Muslim who wasn’t born in the United States and is therefore hostile to America and its ideals. (Though there’s nothing wrong with being a Muslim, many Republicans believe otherwise.) D’Souza’s theory provides the cultural and political context for Romney’s belief that Obama sympathizes with those who attacked the US consulate in Benghazi. If the Obama envisioned by D’Souza is real, then of course he sympathizes with those who assaulted a US consulate over an internet video offensive to Muslims, because that Obama believes America needs to be taken down a peg or two.

D’Souza and Romney’s Obama is about as real as the one sitting in the empty chair Clint Eastwood yelled at for 12 minutes at the Republican National Convention. Nevertheless, when the Romney campaign chose to express the conflict in these terms, with the president on the side of those who murdered Americans in Benghazi, his supporters knew he was invoking their imaginary, Kenyan anti-colonialist Obama. It’s naive to think that the Romney campaign didn’t know it, too.