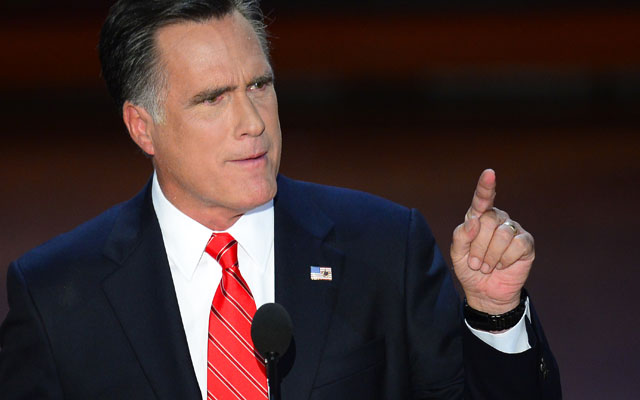 Barack Obama’s reelection campaign has snapped a three-month losing streak in the dash for campaign cash, outraising Mitt Romney’s campaign $114 million to $112* million in August. Obama campaign manager Jim Messina said in a statement Monday that 1.1 million donors had given an average of $58, with more than 317,000 donors giving for the first time.

Here’s the big takeaway from August’s fundraising numbers: The president, despite his own warnings, will almost assuredly raise more money than Romney this presidential election. Obama and the Democrats have now raised $689 million this election cycle. Romney and the GOP have banked $613 million. Obama, who like Romney rejected public funds for the 2012 election, is on track to match or beat his record-setting haul of nearly $750 million in the last election, but will likely fall short of the $1 billion once suggested by anonymous Democrats.

Sunlight Foundation editorial director Bill Allison wrote in July that Romney and the Republicans needed to outraise Obama and the Democrats by a margin of $158 million in July, August, September, and October to win the presidential fundraising fight. In July, Romney bested Obama by $26 million. But as we’ve just learned, Team Romney trailed Team Obama by $2 million in August, and faces long odds in outraising the president in September and October as more Americans tune in and participate in the presidential race.

As it now stands, Romney needs to raise $135 million* more than Obama over the next two months to come out on top. If the 2008 election is any indication, Romney will need a miracle to make that happen. “It just seems impossible that Romney could catch Obama,” says Allison, who tracks presidential fundraising.

In the 2008 election, Obama’s fundraising was in high gear in the race’s final two months. He and the Democrats raised a record $192 million in September, and another $100 million-plus in October. Obama ultimately set the record for presidential fundraising in 2008 with nearly $750 million, according to the Center for Responsive Politics.

Obama may not reach his 2008 heights, but even if he comes close, he can guarantee Romney won’t beat him. The most Romney and the Republicans have raised in a single month is August’s $112 million—not close to what they’ll need to move ahead of Obama in September and October.

There is a wild card in the 2012 money race, and that’s outside money. Republican-friendly super-PACs and nonprofit groups are dominating independent spending; Karl Rove’s Crossroads groups could spend as much as $200 million on the presidential race, and the pro-Romney Restore Our Future super-PAC will likely unload $100 million overall. The Koch brothers and their donor network are expected to spend several hundred million dollars on all 2012 elections through a network of nonprofit groups. On the Democratic side, Priorities USA Action, the pro-Obama super-PAC, hopes to spend north of $75 million.

But when it comes to presidential fundraising, Romney trails Obama for a simple reason: He got a late start. During the primary season, Romney had not yet clinched the GOP nomination, which means the Republican National Committee was not fundraising on his behalf. It wasn’t until later in the summer, when Romney locked up the nomination, that he had the GOP’s vast donor network pumping money into his presidential bid. Obama, by contrast, had the Democratic National Committee raising money for him since his campaign launched in April 2011. It pays to be the incumbent candidate.

Obama has raised money at a blistering pace this election cycle. As of mid-August, the president had attended a record 203 fundraising events. On average, that’s roughly one fundraiser every 60 hours since April 2011. Obama also has more than 600 “bundlers”—super-fundraisers who collect dozens or hundreds of campaign donations for the campaign, including actress Eva Longoria, Hollywood producer Harvey Weinstein, and Wall Street financier Robert Wolf. Romney has also attended scores of fundraisers, but his campaign does not disclose the number of such events Romney attends nor the names of his bundlers.

Allison says Obama’s money advantage, as well as good polling numbers, could pay off handsomely in the presidential campaign’s final two months. “Some of Wall Street has stayed on the sidelines, but if it looks like [Obama] could win, that’s the last chance for them and others to donate,” Allison says of September and October. “It wouldn’t surprise to see money rushing in for Obama.”

*These figures have been corrected.