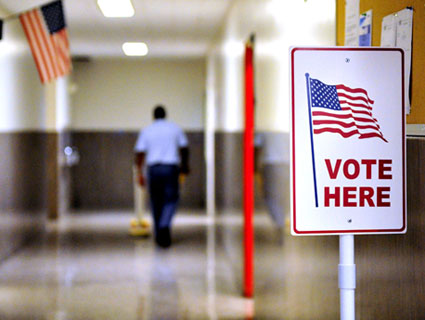 This fall, restrictive new voting laws in more than a dozen states could keep millions of people from exercising their constitutional right to vote. ID and birth certificate requirements, restrictions on early voting, and shutdowns on election day registration happen to affect non-rich, non-white, non-middle-aged, non-male voters most. This flurry of regulatory activity could confound Jane and John Q. Public: how are citizens supposed to know whether they need an ID, license plate number, proof of insurance, blood sample and baptism certificate in order to cast their vote? The answer might be in the interwebs.

The Lawyers Committee for Civil Rights Under Law has partnered with a bunch of other voting rights groups to launch a free downloadable “Election Protection” app that will allow voters to verify their registration status, fill out a voter registration form, look up their polling place, and access info on key rules and dates tailored to their state. Users are also prompted to call Election Protection’s hotline to alert the organization to election day abnormalities or concerns. 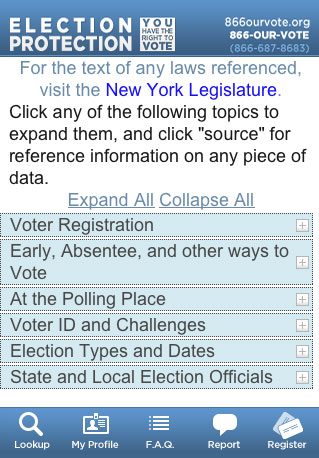 You might be thinking: Mother Jones writer, you are a privileged white girl, oblivious to the fact that poor people don’t have fancyphones! Actually, about half of cell phone users in the US have smartphones, and a 2011 Pew study found that blacks and Hispanics are more likely than whites to use their phones for “non-voice” applications. Election Protection is also helpful not just for the poor, but for the scatter-brained, the nomadic, and those who don’t have the time to take a day off and parse all the new rules.

Since the app launched on August 9, it hasn’t gotten much press. So I asked Eric Marshall, legal mobilization manager at the Lawyers Committee, how they and their partners plan to get it out into people’s hands. He said they’ll do online ads and a social media blitz, but mostly he emphasized “shoe leather”: getting partner groups active on civil rights, voter engagement, youth, labor, environmental, and faith issues to spread the message. 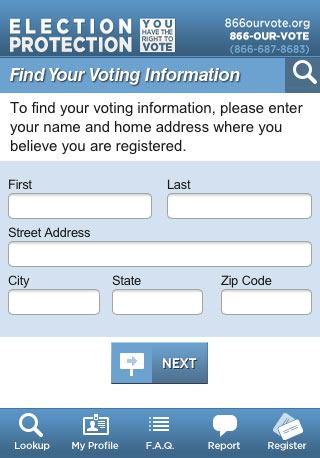 Good old-fashioned word-of-mouth is especially key for the old folks, Marshall says. “I download it and I check my info, and then there’s no reason I can’t then go to my grandmother and get her info,” he says, “or go to church and say, ‘Hey, do you know your rights on election day? Let’s look up your registration status.'”

Designed by Revolution Messaging, the app is a mobile-enabled webpage for now, and can be downloaded to any smartphone, but Marshall says they’re working on getting it into the iPhone app store. A Spanish version will be out soon. 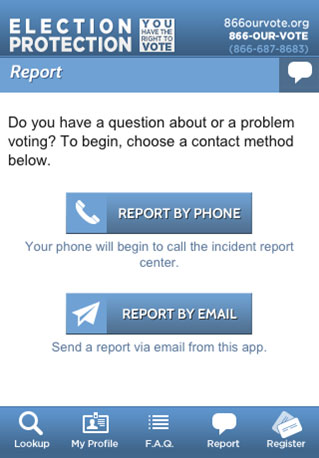 “You look at the landscape this year and all of the restrictive voting changes that have been enacted,” Marshall says. “People are concerned about eligible Americans being able to participate in democracy.”

Well, whoever wins, this corner of the internet will help make sure that everyone gets to vote.