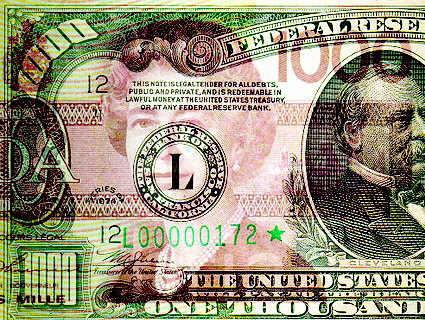 This story first appeared on the Center for Public Integrity’s website.

A million-dollar donation by a foreign-owned corporation to a Republican super-PAC has raised legal concerns and opened up the controversial Citizens United Supreme Court decision to new criticism.

Fairfax Financial’s founder is Indian-born V. Prem Watsa. Watsa serves as CEO and chairman and owns or controls 45 percent of the company’s shares. He is also the chairman of the board of OdysseyRe, the American subsidiary.

The law says that any foreign national is prohibited from “directly or indirectly” contributing money to influence US elections. That means no campaign donations, no donations to super-PACs, and no funding of political advertisements.

But campaign finance law is not as clear for US subsidiaries of foreign companies as it is for individuals.

Most of the regulations on political spending by subsidiaries of foreign companies were written before corporations were legally allowed to fund political advertisements or donate to super-PACs. And Republican members of the Federal Election Commission have thwarted the implementation of new rules regarding the practice.

Sen. Sheldon Whitehouse (D-R.I.) is among those concerned about foreign-controlled corporations “exploiting loopholes in existing law” to influence US elections. He calls the practice a “direct threat to our democracy.”

Most of the rules on political spending by subsidiaries of foreign companies were written before corporations were  allowed to donate to super-PACs.

“You can bet that wholly owned subsidiaries of foreign commercial entities have an agenda when they spend millions to sway the outcome of an election,” Whitehouse told the Center for Public Integrity in a statement. “And you can bet that agenda is not promoting the interests of middle-class American voters.”

The law lays out clear rules for political action committees associated with US subsidiaries of foreign companies, Ryan says, but it is hazier on spending allowed in the wake of Citizens United.

“I would be very wary if I was a corporation based in the US, owned wholly by foreign nationals, of contributing to a federal political committee or making independent expenditures,” he said.

He faults the FEC for failing to “provide clarity and guidance in this controversial and important area of the law.”

Ellen Weintraub, the Democrat who currently serves as the FEC’s vice chair, agrees with Ryan that the commission’s leadership in this area has been lacking.

“We should make some decisions about what we think the appropriate role of these organizations is in this brave new world of corporate money in politics,” she said.

“By not addressing [these issues] in a rulemaking, we’re leaving uncertainty out there,” Weintraub continued. “And when there’s uncertainty, there’s always a risk that folks may try to use that uncertainty to their own advantage.”

Officials with OdysseyRe and Fairfax Financial maintain that no US laws were broken.

Paul Rivett, Fairfax Financial’s vice president of operations, said that OdysseyRe’s Canadian parent company had “no role” in the decision to donate to Restore Our Future. Peter Lovell, general counsel of OdysseyRe, likewise said the firm’s contribution was executed by a subcommittee of the company’s board of directors comprised only of US nationals.

“Neither our Canadian parent nor any other foreign nationals were part of the decision-making process to contribute to the super-PAC,” Lovell said.

“You can bet that wholly owned subsidiaries of foreign commercial entities have an agenda when they spend millions to sway the outcome of an election,” says Sen. Sheldon Whitehouse.

Watsa has been called the Canadian Warren Buffett and his companies have flourished.

On its website, Fairfax boasts that it is “results oriented” and “not political.” It reported more than $33 billion in assets and nearly $7.5 billion in revenue last year, despite a “record level of catastrophe claims.” OdysseyRe reported assets of $10.6 billion at the end of 2011.

Watsa and his company cashed in on the collapse of the US housing market by investing in complex financial instruments known as derivatives, according news accounts.

Since the beginning of 2008, Fairfax Financial has spent $320,000 on lobbying in Washington, DC, and its issues include how derivatives are regulated under the Dodd-Frank Wall Street Reform and Consumer Protection Act of 2010.

The company is the subject of an IRS whistleblower’s complaint, according to the New York Times, alleging that it received an unwarranted tax break of $400 million between 2003 and 2006, a claim Fairfax disputes.

The $1 million donation will likely be used for attack ads against President Barack Obama. And with less than five weeks until Election Day, $1 million is no insignificant amount. It’s enough to buy at least a week or two’s worth of ads in critical media markets. It also represents one-seventh of the money Restore Our Future collected in August.

Lovell said the company decided to donate because it favors Romney’s stance on tax policy.

OdysseyRe “operates at a significant disadvantage” compared to its peers in the reinsurance industry because of US tax laws, Lovell says. Romney’s proposed changes “would help to level the playing field” for OdysseyRe against competitors “domiciled in more favorable tax jurisdictions.”

“A victory by Gov. Romney in November would be beneficial to OdysseyRe,” Lovell added.

In May, board vice chairman Andrew Barnard donated $75,800 to the Romney Victory Fund, a joint fundraising committee, and Brandon Sweitzer has donated more than $80,000 to federal candidates and political groups since 2002, federal records show, including $5,000 to Romney’s current campaign.

All of Sweitzer’s money has gone to Republicans, with the exception of $2,000 given to the PAC of the US Chamber of Commerce, where Sweitzer also serves as a senior fellow.

Since the Citizens United decision, concerns have been raised about foreign influence on US elections—a specter that in the past has plagued both Democrats and Republicans.

Scandal tainted the 1996 reelection of President Bill Clinton after Democratic Party fundraisers accepted millions of dollars from China, Korea, and other foreign sources. And ahead of the 1994 election, then-chairman of the Republican National Committee Haley Barbour secured a $2 million loan from a Hong Kong businessman for a Republican group linked to the RNC.

In October of 2010, 15 Democratic senators, including Whitehouse, urged the FEC to “protect our elections from foreign influence.” Weintraub and her two fellow Democratic commissioners pushed a proposal that outlined a variety of options to keep foreign money out, but it was not adopted by the commission.

The Democratic commissioners proposed that US subsidiaries owned or controlled by foreign nationals should, at a minimum, establish a political action committee or “separate segregated fund,” with money kept in a bank account separate from the general corporate treasury. Furthermore, foreigners should be prohibited from making decisions about spending that money on political ads.

All of these ideas were met with unified opposition by the three Republican commissioners on the FEC, resulting, twice, in deadlocked 3-3 votes in 2011.

None of the GOP commissioners could immediately be reached for comment, but Weintraub says she hopes the regulatory body takes the initiative to grapple with these issues.

“We shouldn’t just ignore it and let people make their own calls,” she said.

Andrea Fuller and John Dunbar contributed to this report.

The Center for Public Integrity is a nonprofit, independent investigative news outlet. For more of its stories on this topic, click here.