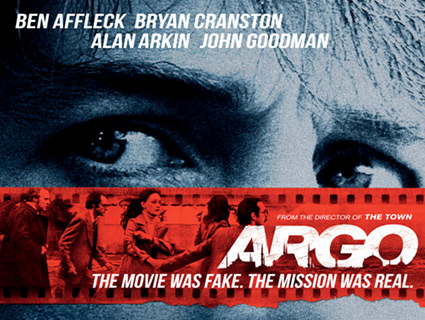 Ben Affleck is officially done atoning for Pearl Harbor, and for shanking hundreds of thousands of American moviegoers in the face back in 2003.

Argo, the actor/director’s Iran-hostage-crisis movie, is a taut and funny spy thriller. Loosely based on a 2007 Wired article by Joshuah Bearman, the film focuses on the rescue of six American diplomats who escaped the besieged embassy in Tehran and holed up in the Canadian ambassador’s residence for nearly three months. The rescue mission, executed with tight cooperation between the US and Canadian government, was led by CIA officer/professional “identity transformer” Tony Mendez (played by Affleck) in early 1980. 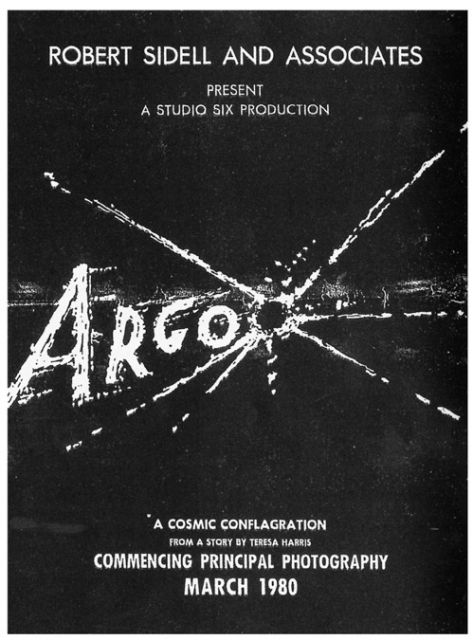 The CIA-made poster for Argo, with a fake screenwriter credit, and all. Wikimedia Commons The goal was to get the six Americans the hell out of hostile territory. The means to extraction were, literally, a bad movie: The CIA sets up a dummy production company with the help of two sympathetic Hollywood crewmen, starts fake production on a Star Wars knock-off/”sky god” epic called “Argo” (phony business cards, planting stories in the Hollywood press, the whole elaborate-black-op nine yards), and sends Mendez to meet with Iran’s Ministry of Culture and Islamic Guidance for “location scouting. “The United States government has just sanctioned your science-fiction movie,” an agency high-up (a cameo by the great Philip Baker Hall) reluctantly informs Mendez.

Once in Tehran, Mendez coaches the six Americans on their new backstory (they’re a Canadian film crew, wink wink), and how to get through the Iranian international airport without getting caught.

Yes, this is indeed a thing that American tax dollars paid for in real life. (Click here, to read more about the operation on the CIA’s own website.)

Affleck’s movie, co-produced by Grant Heslov and George Clooney, falls respectably into good-not-great territory. Sure, the film fudges the facts here and there (what film “based on actual events” does not?) and suffers from underdeveloped supporting characters (namely, the escaped embassy staff). But Argo enthralls at a brisk pace, deftly balancing the quirkiness of the Hollywood-CIA collusion with the  tension and upheaval of early-’80s Tehran. The opening sequence, in which the embassy is stormed as personnel scramble to burn every document they can get their hands on, is notable for its controlled intensity and attention to historical detail.

The dialogue is sharp (“Argo fuck yourself” is in the running for movie catchphrase of the year), the soundtrack is solid (The Rolling Stones, Dire Straits, Van Halen), and the acting is uniformly strong (Bryan Cranston, Alan Arkin, John Goodman, Kerry Bishé, Victor Garber, and Tate Donovan, especially).

Argo is, thankfully, a nonpartisan and apolitical affair. Some conservative moviegoers might groan at having to hear Jimmy Carter‘s voice, as the former president pops up in archival footage and in a end-credit voiceover commenting on the secret mission. And there may be some who feel uneasy about watching a movie centered around a US embassy crisis, given the recent news out of Benghazi. (Taken 2, released one week earlier, also included an attack on an American embassy.) Otherwise, it’s a clever movie about a deeply fascinating chapter in the history of American covert operations—one that both sides of the aisle should appreciate.

In honor of the unequivocal coolness of the so-called “Canadian Caper” dramatized in Argo, here’s a brief list of other far-out, real-life CIA plots that would make great Hollywood elevator pitches:

The scheme: The operation that inspired Argo wasn’t even the craziest CIA scheme that involved a fake movie. In the mid-’60s, the CIA was no fan of Sukarno, the first president of Indonesia. The agency began production on a sex tape (titled “Happy Days”) and naughty photos of a Sukarno lookalike getting it on with a Russian lover. Due to the agency’s inability to track down a double who looked enough like a naked Sukarno, the plan never got beyond the stages of, shall we say, post-production. Regardless, Sukarno was overthrown in 1967 during Indonesia’s transition to the “New Order,” and replaced by general Suharto, a US-backed, genocidal military dictator who held on to power for more than three decades.

All in all, this would be a much seedier, way sadder picture than Argo.

Potential casting: Just round up the cast from 2002’s Confessions of a Dangerous Mind, which was also (purportedly) inspired by a wacky true story involving the CIA, and also made by George Clooney.

The scheme: In the ’60s, the CIA tried implanting small microphones into cats, which they would then send to spy on the Soviets. The project was dubbed “Acoustic Kitty.” The first attempt at cat-espionage resulted in the animal getting crushed by a taxi near the Soviet embassy in Washington, just moments after the operation began. All other missions failed, as well, and the initiative was terminated in 1967. Here’s a diagram of the secret project: 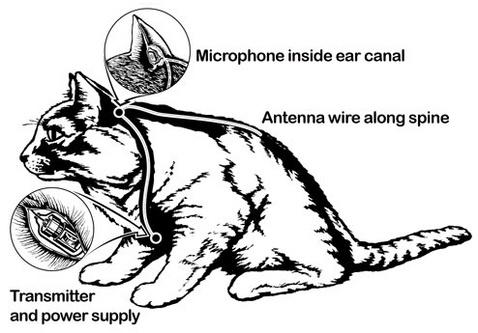 And here’s a better visual representation of the secret project: 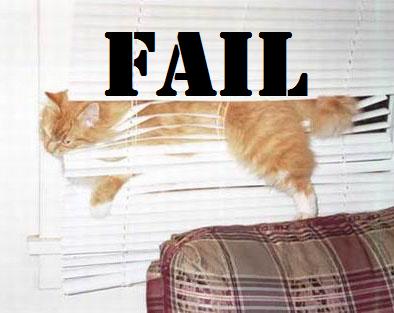 Potential casting: Bill Murray, because of his hilarious connection to on-screen cats.

1. The CIA’s vaccine drive/DNA-gathering operation in Pakistan that helped confirm Osama bin Laden’s whereabouts (an operation that really pissed off Doctors Without Borders, for good reason).

2. The poison toothpaste, concocted by a CIA chemist, meant for the assassination of Patrice Lumumba, the first democratically elected prime minister of the Republic of the Congo. (The idea was later vetoed, and Lumumba was murdered in a coup after barely three months in office.)

3. The CIA being permanently incapble of whacking Castro. You know the stories.

(If you have your own brilliant CIA-based pitches, put them in the comments below!)

Argo gets a wide release on Friday, October 12. The film is rated R for language and some violent images. Click here for local showtimes and tickets.