Early Sunday morning, George S. McGovern, the former Democratic senator from South Dakota, died in a Sioux Falls hospice at the age of 90. In his decades of public service McGovern cultivated a reputation as one of American liberalism’s heavy-hitters: A decorated WWII veteran who raged against nuclear “overkill,” fought global hunger, and fervently opposed American military intervention in Vietnam. But history has a tendency to reduce figures to single sentences, so he remains best known for his epic, idealistic dud of a presidential run against Richard Nixon in 1972.

Here’s a round-up of footage and photos taken during the late progressive icon’s long career:

This video compiles some pro-McGovern ads from his 1972 campaign, and a couple from his 1984 run in the Democratic primaries. In his longshot (and mostly symbolic) ’84 campaign, he implored liberal voters not to “throw away [their] conscience,” and to reaffirm commitment to center-left values in the Reagan era. Click here to watch a Nixon attack ad that uses children’s toys to illustrate how a President McGovern would slash the defense budget and cut “into the very security of [America].”

A month after he ended his ’84 presidential campaign, McGovern showed up at Studio 8H to host an episode of Saturday Night Live. (This was back when Eddie Murphy and Julia Louis-Dreyfus were still cast members.) 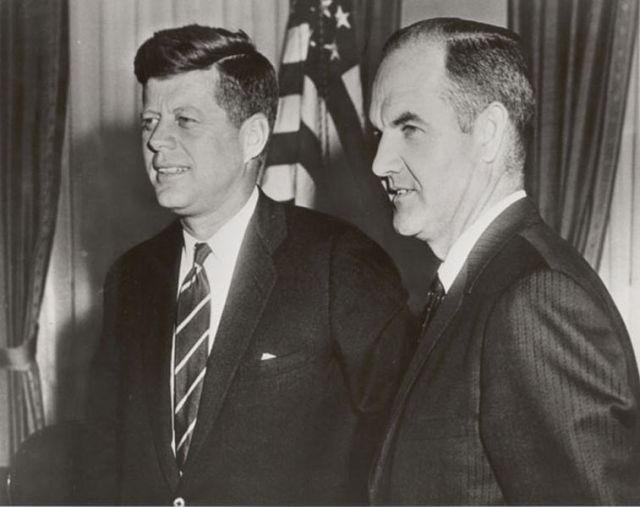 McGovern served as the first director of the Food for Peace program, earning major props from President Kennedy, before hitting the Senatorial campaign trail in 1962. National Archives 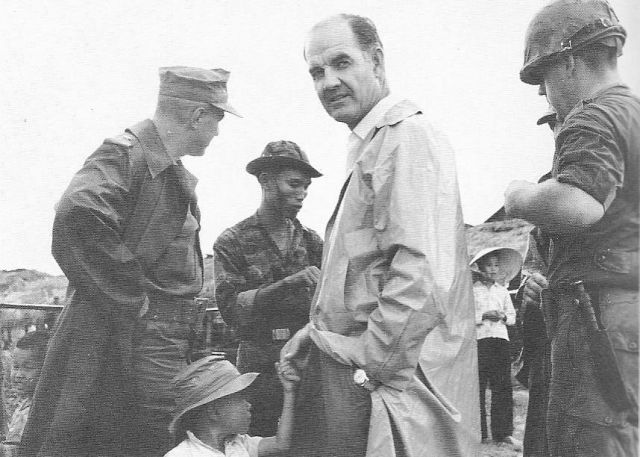 This photo was snapped during Sen. McGovern’s first trip to South Vietnam, in November 1965. After three weeks in the war zone, he returned to the US more devoted to peace efforts than ever before. Ending the war would become his signature issue.  USOM

Just weeks before Election Day 1988, McGovern sat down with Barry Goldwater (another ex-senator and party icon who lost a presidential election in a historic landslide) on The MacNeil/Lehrer NewsHour to discuss the state of both their parties, as well as what it means to be a “liberal.” 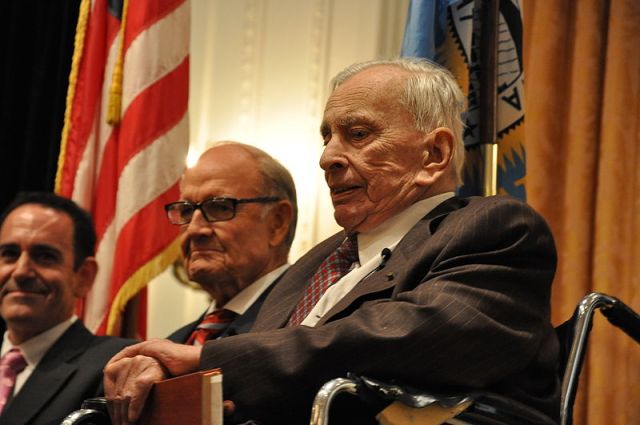 The controversial, iconoclastic author joined McGovern for a panel discussion at the Richard M. Nixon Library and Museum during the ex-senator’s 2009 book tour. Scott Clarkson/Wikimedia Commons

In May 2008, McGovern withdrew the endorsement he had given then Senator Hillary Clinton in October 2007, and switched over to team Obama. He believed the Clinton campaign was doomed, and said he did not want to see the Democratic Party go through a “repeat of what happened to [him] in 1972” when a protracted primary battle left him bloodied for his general election contest with Nixon. If Clinton held a grudge for this pragmatic move, it didn’t show when she shared the stage with him during her acceptance of the George McGovern Leadership Award from the World Food Program in October 2010.

From May 2009: “I have a very deep concern about President Obama putting in another 21,000 troops into Afghanistan with the promise of more to come. I think if we continue to send troops in there, it could be the Vietnam of this present administration.”