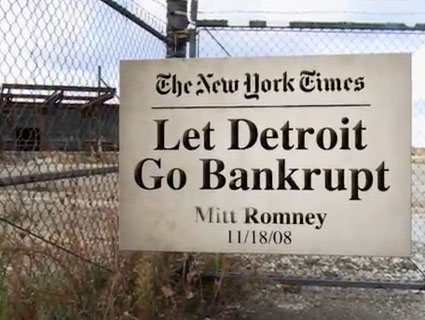 Within the nation’s rough-and-tumble political discourse—whether it be on the floor of the House or Senate, on the campaign trail, or in the newsrooms and editorial offices of mainstream media outlets—there is often a disinclination to use a certain word: “lie.” It is a serious charge to render, and conventional pols, pundits, reporters, and media bigshots often shy away from it, resorting to other means of discussing a falsehood from an official or candidate. Common cop-outs include: “that’s stretching the truth,” “those facts are not correct,” and “the experts dispute that.” As the author of The Lies of George W. Bush, I certainly know that in many quarters calling a politician or officeholder a liar is considered a step too far, given that such an accusation is a judgment of motive and intent and, thus, an assault on character. (Remember the famous line from Seinfeld: “It’s not a lie if you believe it.”) In recent years, MSM factcheckers have found creative ways to dub a lie a lie. Politifact.com awards a “pants on fire” rating to egregiously false statements; the Washington Post‘s Glenn Kessler assigns Pinocchios to untrue assertions. Yet deploying the l-word is unusual.

Obama dared to cross that line with a new campaign ad. Entitled “Collapse,” the spot targets Mitt Romney’s over-the-top and recklessly untrue claim that as a consequence of Obama bailing-out the auto industry, Chrysler is moving Jeep production jobs from the United States to China. Romney, as I’ve reported, invested heavily in firms that outsourced (or exploited outsourcing) to China when he was leading Bain Capital. (See here and here.) Yet in the closing days of the 2012 campaign, Romney has been trying to turn Obama’s strength (he saved Detroit) into a liability by making a phony charge about Jeep jobs. Numerous media accounts have noted that Romney is dead wrong, and Chrysler itself has declared this is a false claim. Romney, as is his practice, has refused to apologize.

So in this ad, the Obama campaign notes, “after Romney’s false claim of Jeep outsourcing to China, Chrysler itself has refuted Romney’s lie.” It’s a bit of a glancing blow. The ad, which also highlights Romney’s past opposition to Obama’s auto industry rescue, does not use the other l-word: “liar.” Yet at the end, it nearly says that: “Mitt Romney: wrong then; dishonest now.”

In 1996, when conservative New York Times columnist William Safire called Hillary Clinton a “congenital liar,” he sparked a media firestorm. (President Bill Clinton’s press secretary, Mike McCurry, said at the time, “the president, if he were not the president, would have delivered a more forceful response to that on the bridge of Mr. Safire’s nose.”) Since then, there have been few high-profile deployments of the l-bomb in Washington circles (except, of course, during the Clinton impeachment). Yet the reluctance to call a lie a lie (or a liar a liar) works to the advantage of politicians who do fib, prevaricate, and out-right lie. It is easier for them to get away with mugging the truth, if others are hesitant to use plain language in response. Obama’s lie-charging ad might work because Romney has developed (at least among some voters) a reputation for shiftiness. But if Obama should not triumph next Tuesday, the real question may be whether he waited too long to wage this fundamental attack on his opponent’s character.