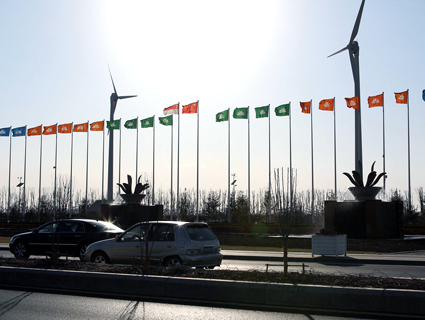 Despite recent strides toward climate action, China is still the world’s biggest emitter of greenhouse gases and one of the biggest consumers of coal —and hence the archetypal global warming scapegoat. But on at least one count, a new study says, China is kicking America’s butt, and probably will be for decades: wind energy.

As of 2011, North America (predominated by the US) claimed 22 percent of the world’s total wind power capacity, four points behind China, according to analysis released today by the Global Wind Energy Council. By 2015, China’s lead could be up to eight percent over the US. And over the next two decades, the gap could widen even more.

Check out the chart below, from the report. The concentric circles represent that total global capacity in 2020 (inner) and 2030 (outer); the colors represent the shares of that total held by various regions or countries: 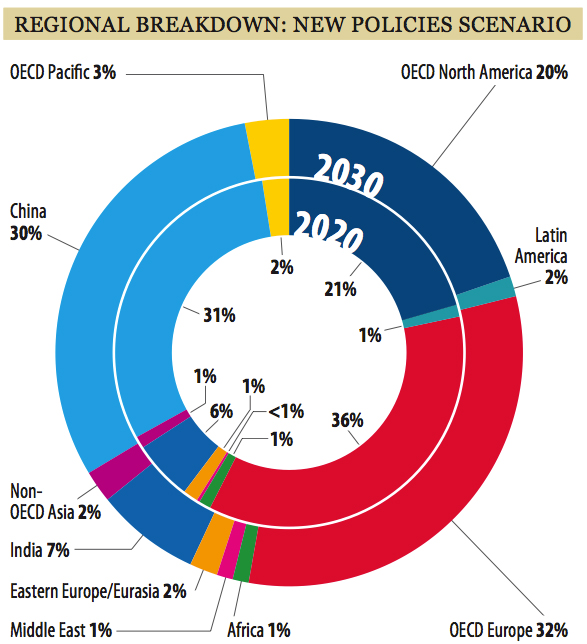 The projections shown above are made based on a country-by-country analysis of current trends and energy and climate policies, so they represent a “business-as-usual” vision of the future. It’s comforting to know that the US wind industry isn’t likely to curl up and die anytime soon and is likely to join the rest of the world in a steadily expanding market for wind power (growth that could represent up to 2.6 million jobs and 37 billion tons of carbon saved by 2030, according to the report), although the next couple years are practically guaranteed to be a bust.

But the report essentially lays out, on a longer time scale, a confirmation of what many in that industry already know: That for the US to stay competitive internationally will require a radical re-thinking of the government’s relationship with Big Wind. Indeed, the report specifically blames hullabaloo over the ever-controversial federal wind energy tax credit for slow growth.

But that can change: Take a look at another chart from the report, which assumes “an unambiguous commitment to renewable energy in line with industry recommendations, the political will to commit to appropriate policies and the stamina to stick with them.” 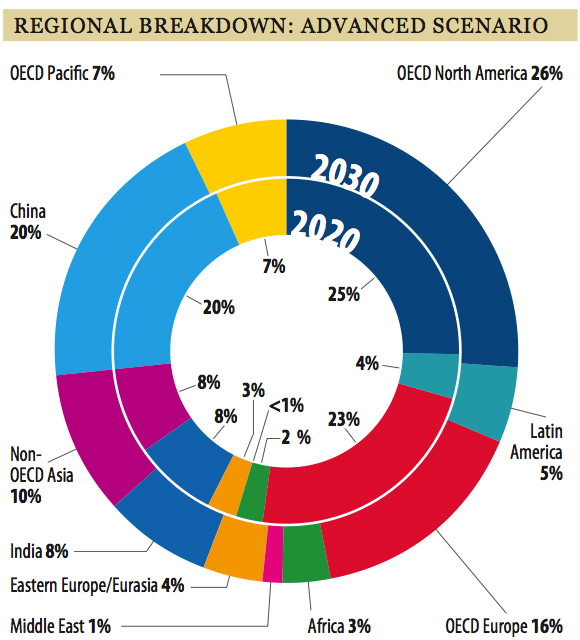 Growth is still happening, but more of it is happening here. And why not? If there’s one thing we have plenty of in this country, it’s wind. Enough, says wind power expert Bob Thresher of the National Renewable Energy Laboratory, to more than cover all our energy needs: “We’ve got a huge amount. The resource has never been the impediment.”