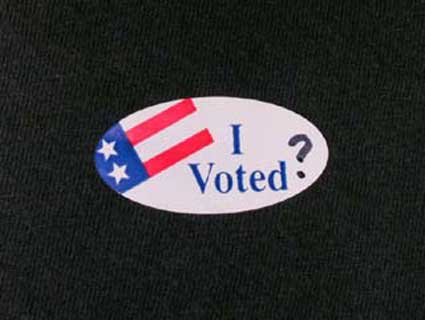 Will this be the dirtiest election ever? Most people won’t go to the polls until tomorrow, but reports of trickery aimed at would-be voters have have piled up over the past few days, angering and worrying civil rights advocates.

The latest bout of hand-wringing started on Friday, when Ohio’s Republican Secretary of State, John Husted, announced a last minute-directive that could end up determining the presidential election. Husted put the burden on voters to correctly record the form of ID they gave to election officials when casting provisional ballots—recording the wrong information could invalidate the ballot. Some polls show a tight race in this crucial swing state.

Both Sunday and today, Ohio voters trying to vote early have encountered incredibly long lines. Some people have had to wait up to six hours to cast a ballot. Such delays are reminiscent of the 2004 election, when long lines such as 10-hour wait in an Ohio college town caused many Democratic-leaning voters to go home. Early voting was supposed to solve those problems, but Ohio has scaled back early voting dramatically. Voters were supposed to be able to cast a ballot during any of five weekends prior to the election. In the end they got just one. Secretary of State Husted had tried to constrain early voting even further but was overruled by the US Supreme Court. Early voters in 2008 were much more likey to be African American.

In perhaps the biggest vote suppression news this weekend, an Arizona TV station reported that that a GOP Senate campaign had made robocalls telling Democratic voters to show up at the wrong polling places on Tuesday. The candidate, Rep. Jeff Flake, denied the allegations, but the state Democratic Party has requested an investigation by state authorities and the FBI.

Today, civil rights and progressive groups sent a letter to Assistant US Attorney General Thomas Perez alleging that the Pennsylvania Republican Party and the Pittsburgh Tea Party aim to target polling places in predominately black neighborhoods “under the guise of combatting alleged voter fraud,” reports Philadelphia CityPaper. The groups reportedly obtained a list of the targeted precincts, where, on average, 79 percent of the voters are black.

Voting-rights advocates worry that this is just the tip of the iceberg. The Houston-based tea party spinoff group True The Vote has vowed to field a nationwide network of poll-watchers who intend to challenge supposedly ineligible voters. A similar effort in Texas two years ago led to numerous complaints of intimidation. It won’t be long before we find out whether True The Vote truly cares about accurate elections or simply trampling on the rights of its political foes.

You can help Mother Jones track voter suppression and poll problems around the country—report your problem using this short form: