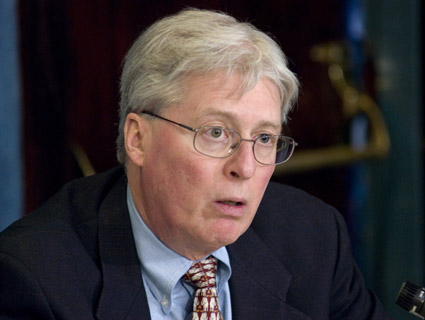 Last month, James Bopp, the legal mind behind the Citizens United case that gave rise to super-PACs and the dark-money boom, told me he didn’t really believe Americans were all that upset with the increasing amounts of money spent on politics. “There’s a general cynicism among the American people about politicians and politics,” he said, but “they could care less about campaign finance.”

Now that the election’s over, Bopp says he’s been vindicated. When I caught up with him late last week, he told me he figures that Mitt Romney’s loss was probably due to a variety of factors like poor messaging and spending. Without Citizens United, though, he says the election would have turned out much worse for Republicans: There would have been no counterbalance to the mainstream media. “The lesson here is all the hype over independent spending was just completely overblown,” Bopp says. “Nobody can buy an election.”

The poor return on investment among the biggest conservative outside spending groups would appear to back that up. You can only spend so much to sway voters, says Bopp. “There’s a diminishing returns as you saturate a market. Once you’ve got your message across, the addtional spending accomplishes nothing.” The pro-Romney super-PAC Restore Our Future, for instance, made significant ad buys just one week out from the election in Minnesota and New Mexico, two states that Obama was at no risk of losing. Those moves led reporters to wonder if outside groups had raised more money than they knew what to do with. “That’s why this thing about buying elections is fundamentally false,” Bopp concludes.

The $6 billion in total spending in 2012 dwarfs that of any recent election, but Bopp simply attributes that to an increasingly bloated system that requires increasing amounts of money to compete against incumbents.

Bopp says the election was “fought to a draw,” and “neither side accomplished what they set out to do.” The county still has the same president, Republicans still have control of the House, and Democrats still lack a filibuster-proof majority in the Senate. As for Obama’s consideration of a constitutional amendment to overturn Citizens United, Bopp hopes he pursues it. He’s confident that Republicans at the national and state level could block any serious efforts to undo the decision, especially with Republican supporters of the now-defunct McCain-Feingold campaign finance reform bill like Richard Lugar and Olympia Snowe departing the Senate.

“I hope [Democrats] spend all their time on that,” Bopp says, “because it’s not going anywhere.”