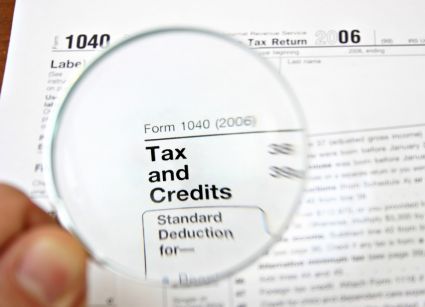 Michigan lawmakers are considering legislation that would let parents claim a tax deduction for fetuses, extending them the same benefits as children.

House bills 5684 and 5685 would amend the state’s tax code to include fetuses that have completed at least 12 weeks gestation as of the last day of the tax year as “dependents.” Doing so would allow the fetus’ tax-paying parents-to-be to save an estimated $160 on their taxes. Critics of the bill, which had its first hearing in the House Tax Policy Committee on November 20, say that such a law is just another way to make it harder for women in Michigan to get abortions.

“It is a backdoor attempt to get personhood for a fetus,” said Shelli Weisberg, legislative director for the ACLU of Michigan. “These are just ways to begin to build the record, so one day they can say there’s enough in our legislative history to say that the intent is to say that a fetus is a person.”

Dan Jarvis, research and policy director for Michigan Family Forum, a conservative, Christian public policy organization, said the bill was an idea that his group had discussed with “a number of lawmakers” since 2008. “It does cost money when you’re pregnant,” said Jarvis. “We thought it was a good thing for young families in particular to get that added tax credit a few months earlier.”

Jarvis says that endowing “personhood” to the unborn was not the intent of the measure—the goal was to encourage women to seek prenatal care, and to decrease the tax burden on young families. “To be perfectly honest we were totally caught off guard by that,” said Jarvis. “We had never talked about that with the sponsors. When it came up in committee we were all floored.”

Despite Jarvis’ claims of surprise, Meghan Groen, director of government relations at Planned Parenthood Advocates of Michigan, argues that the bill is intended as yet another “symbolic move toward personhood.” (Groen and other reproductive rights groups are more worried about another piece of proposed legislation they’ve deemed the “abortion mega-bill,” which lumps together a number of anti-choice measures and is expected to go to a vote in the state senate sometime in December.)

The National Conference of State Legislatures told Michigan Live that it was not aware of another state that had approved tax deductions for fetuses. Of course, other states have tested different measures that convey similar status on the unborn, including measures that extend protection from “justifiable homicide” laws to actions to protect fetuses and the more explicit “personhood” measures placed on state ballots.

Even if the tax deduction for fetuses is mostly symbolic, it still wouldn’t be free. The House Fiscal Agency projects that it would cost the state between $5 and $10 million a year. What’s more, it raises a number of interesting questions. For one, the federal government requires taxpayers to list the Social Security number of claimed dependents in order to qualify. A fetus would not have a number to list, which would likely create problems at the IRS. And what happens if a woman miscarries after twelve weeks? Does she have to give back the money? And what if she finds out later that she’s carrying twins—does she get to claim two deductions?

“If they were really interested in people who really did have expenses, they would restore the earned income tax and the child tax credit.”

The ACLU’s Weisberg also notes that the measure would not be all that helpful for low-income women. In order to qualify for the credit, women would have to be under the care of a physician who could certify that they were in fact at least 12 weeks pregnant. But the women who would most benefit from the tax deduction are also least likely to be able to afford prenatal care. “It maddens me to no end when I hear them talk about this as some sort of great thing for women,” said Weisberg. “It’s great for women who have money, but for women and families that are struggling, it gives them nothing.”

Meanwhile, the state has cut benefits for children outside the womb. Rep. Vicki Barnett, a Democrat who serves on the House Tax Policy Committee, notes that just last year Republicans, under the leadership of Gov. Rick Snyder, eliminated the state’s $600-per-child tax credit. The tax overhaul also slashed the state’s Earned Income Tax Credit, which benefits low- and middle-income individuals.

“If they were really interested in people who really did have expenses, i.e. living, breathing human beings outside the cervical wall, they would restore the earned income tax and the child tax credit,” Barnett told Mother Jones.

Both the Michigan Family Forum and the bill’s opponents predict that this bill won’t end up passing in this lame duck session. But that’s probably not going to be the end of it.

“If they don’t move it now, I think they’re going to come back with these bills,” said Barnett, who also predicts that other states will offer copy-cat bills. “We’ll see them start to proliferate. This will be used as model legislation with potentially very disastrous results in the next few years.”