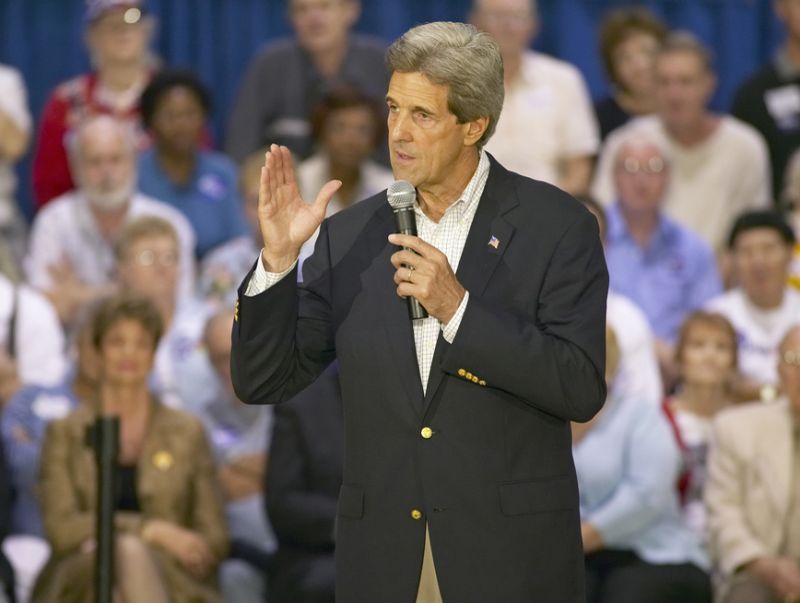 Over the weekend, various news outlets reported that President Obama is going to tap Sen. John Kerry to serve as the next Secretary of State. This is not much of a surprise, since the other reported leading candidate for the post, UN ambassador Susan Rice, withdrew herself from consideration last Thursday. For climate hawks, having Kerry at the helm at State would be very good news.

Kerry is among the most fierce advocates for climate action in the Senate. Here he is in a floor speech from August talking about why climate change is “as significant a level of importance” as Syria and Iran:

Well, this issue actually is of as significant a level of importance, because it affects life itself on the planet. Because it affects ecosystems on which the oceans and the land depend for the relationship of the warmth of our earth and the amount of moisture that there is and all of the interactions that occur as a consequence of our climate.

Kerry is also the co-author of the last major climate bill anyone tried to pass in the Senate. At its rollout in September 2009, he called the bill “the beginning of one of the most important battles we will ever face, as legislators and as citizens.”

He’s also been a champion of international climate action since way back in 1992, when he attended the first major meeting on it in Rio, Brazil. On the 20th anniversary of the Rio summit this year, Kerry made a floor a statement on the ongoing climate paralysis:

Twenty years ago this month, a Republican President of the United States helped bring together all the world’s largest economies in Rio to confront the issue of global climate change. The President was unequivocal about the mission. George Herbert Walker Bush said simply, “The United States fully intends to be the world’s preeminent leader in protecting the global environment.” How dramatic and sad it is that twenty years later, shockingly, we find ourselves in a strange and dangerous place on this issue—a place this former President wouldn’t even recognize. When it comes to the challenge of climate change, the falsehood of today’s naysayers is only matched by the complacency of our political system … We should be compelled to fight today’s insidious conspiracy of silence on climate change—a silence that empowers misinformation and mythology to grow where science and truth should prevail. It is a conspiracy that has not just stalled, but demonized any constructive effort to put America in a position to lead the world on this issue, as President Bush promised we would and as Americans have a right to expect we will.

That’s not to say that Clinton hasn’t also expressed interest in climate change; she has. But it seems that it would be far higher up the priorities list for Kerry.