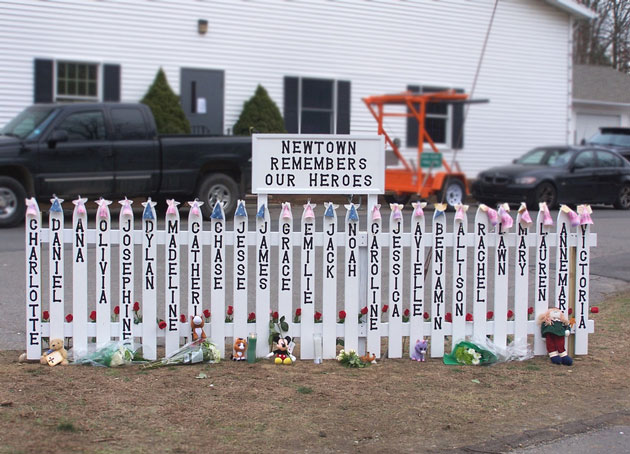 After a Colorado movie theater was hit with ghastly gun violence last July, one of the first things we did at Mother Jones was contact a top expert on mass murder, hoping he could help answer some questions. Was this disturbingly familiar event occurring more often? What kind of people carried out these killings and with what weapons? And why had no academic, journalist, or policy thinker gathered in-depth data on this recurring problem in more than a decade?

Part of the challenge, criminologist James Alan Fox confirmed, was that no clear definition for “mass shooting” exists. Fox himself has worked with broad criteria, using statistics from the FBI on crimes involving four or more fatalities (not including the perpetrator). With this approach he has concluded that mass shootings in the US have fluctuated since the mid 1970s, averaging about 20 per year with no clear trend up or down.

But Fox’s conclusion relies on the raw numbers of total incidents and deaths in all manner of crimes, including those with motives such as gang killings, armed robberies, and domestic violence in private homes. For our investigation, we settled on narrower criteria excluding such crimes, as Fox noted in his recent criticism of our work. Our goal was to dig deeper into the phenomenon of seemingly indiscriminate attacks in public places—shopping malls, religious buildings, workplaces, schools—to try to make more sense of these “senseless” tragedies.

Part of what we discovered was that these events have indeed been on the rise: 2012 was a record year for them by our measure, with more than 140 victims injured and killed. (Fox’s study, it should be noted, does not go beyond 2010.) But that’s hardly the most valuable takeaway from our data, and it’s unfortunate that Fox, in focusing on our differing conclusions about frequency, overlooked the rest of our investigative findings.

We identified and analyzed 62 mass shootings over the last three decades, drawing on scores of news reports, government documents and data, and interviews with law enforcement officials, legal experts, mental health professionals, and mass shooting victims. Among our key findings:

We also found that this was occurring against a backdrop of a nation becoming ever more heavily armed:

We also came to realize that a limitation of our approach was the threshold of four fatalities. It underscored the magnitude of the phenomenon we were focused on: If we were to lower the fatality count, there would be dozens of additional similar cases to account for, from a rampage at a Knoxville church in 2008 (two dead, six injured) to one at a Pittsburgh fitness center in 2009 (three dead, nine injured) to one at a Cleveland high school last February (three dead, three injured).

We chose to stick with the threshold because it is the only one that appears to be widely accepted by experts, based on a FBI report from 2005. But the challenge of arriving at a workable definition also points to a broader problem recognized by everyone studying this issue: Much more research is needed. Data on guns and gun violence is notoriously lacking, thanks in no small part to the National Rifle Association, which has worked effectively with its allies in Congress not only to undermine enforcement of gun laws but also to kill research that would serve the public interest. President Obama’s new plan for regulating firearms aims to change all that, but it will take an act of Congress to make robust research a reality.

Mass shootings represent but a tiny fraction of America’s overall gun violence. That doesn’t mean we shouldn’t work harder to understand how they happen and how we might diminish them. For those who suggest that they are statistically unimportant, there stands an obvious question: How many more Tucsons, Auroras, Sikh temples, and Newtowns do we need for this problem to deserve deeper attention?

A version of this piece also appeared on Boston.com.