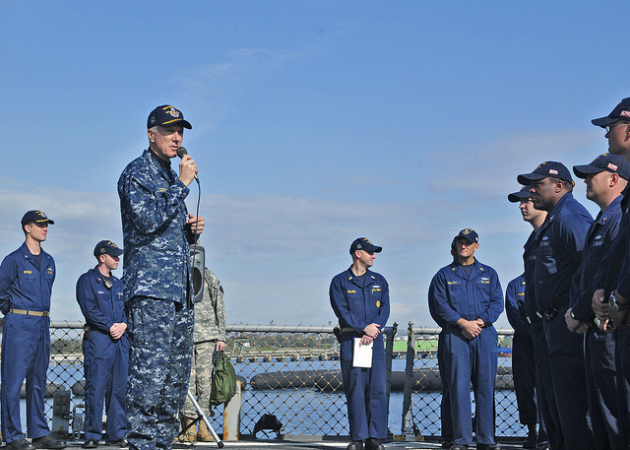 As I wrote in Full Green Ahead in the current issue of Mother Jones, the US Navy is paying close attention—and giving far more than lip service—to the problems underway from a changing climate. But until now no one’s said it quite so loudly as Admiral Samuel Locklear, commander of the US Pacific Command.

Locklear met privately with scholars at Harvard and Tufts universities on Friday and said that the biggest long-term security threat in the Pacific region is climate change, reports the Boston Globe, and that significant upheaval related to the warming planet is:

“Probably the most likely thing that is going to happen… that will cripple the security environment, probably more likely than the other scenarios we all often talk about.” Locklear continued: “People are surprised sometimes, [but] you have the real potential here in the not-too-distant future of nations displaced by rising sea level. Certainly weather patterns are more severe than they have been in the past. We are on super typhoon 27 or 28 this year in the Western Pacific. The average is about 17.”

What’s really interesting here is that the US has declared the Asia Pacific region (and all its security issues from North Korea, China, Japan, and the South China Sea) its primary security focus. “After a decade in which we fought two wars that cost us dearly in blood and treasure,” President Obama told the Australian Parliament in 2011, “the United States is turning our attention to the vast potential of the Asia Pacific region.” Now Admiral Locklear is saying that among all those juicy potentials, climate change is likely to be the single biggest piece of trouble. 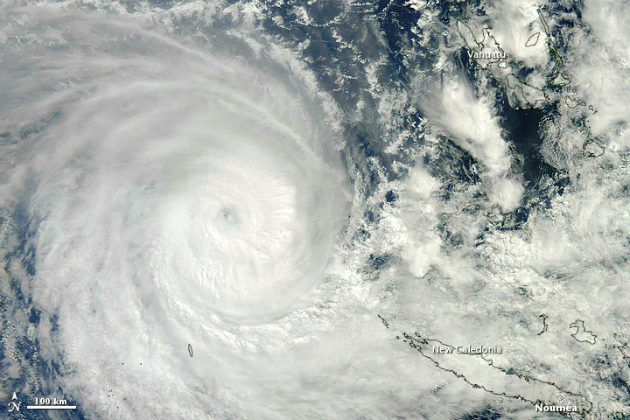 To get a sense of how huge that is, listen to Ret. Rear Admiral Dave Titley, whom I interviewed for my Navy piece last spring, when he was Oceanographer of the Navy and director of Task Force Climate Change. He was pretty forthright then about the giant issues facing the Navy from rising sea levels and a melting Arctic (more here). So this is what he had to say Monday about Locklear’s precedent-setting statement in Boston:

For those that follow climate change and national security, having the Commander of the US Pacific Command (Admiral Sam Locklear) highlight climate change as a significant ‘threat’ to his area of responsibility is a big deal. While other ‘Combatant Commanders (specifically Africa and US Northern Commands) have talked about Climate Change, the Pacific Command (and its Commander) are a ‘big deal’ in the security world. This is the command that deals with China, the South China Sea, the Korean Peninsula, Japan, etc. every day. So to put Climate Change on a par with those challenges—is very significant.