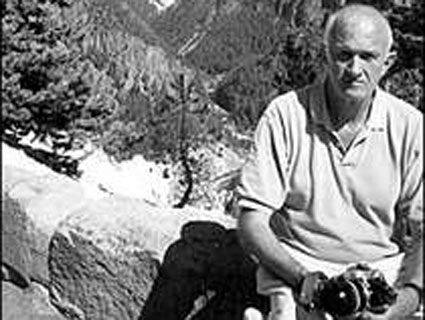 Jim Ridgeway—who leaves MoJo’s staff roster this week to become a contributing reporter—is, though he’d never put it this way, one of the legends of modern muckraking. Back in 1965 he helped establish the nascent field of consumer reporting when he revealed that GM had run a dark-ops campaign against a young Ralph Nader, whose book Unsafe at Any Speed detailed how automakers had knowingly sacrificed safety for sales. He went on to break more stories than we can count, digging into everything from energy politics to national security to the sex industry. MoJo co-founder Adam Hochschild remembers becoming a Ridgeway reader in 1968, when Jim and the late Andrew Kopkind started a newsletter called first Mayday and later Hard Times.

I still remember the yellow paper it came on, how eagerly I waited for each issue to arrive, and the pleasure of instantly knowing we shared a view of the world if I found that a new acquaintance was also a reader. It is sobering, in a way, to see how many of the problems Jim wrote about half a century ago are still with us. But it’s inspiring to see someone keep the faith all these years, especially someone who could have very easily had a successful and doubtless much more lucrative career writing unthreatening stories for the mainstream media. That, in fact, is where more than of few of the dissenters of the 1960s ended up.

Also among Ridgeway’s admirers was Rupert Murdoch, who bought the Village Voice (where Ridgeway had become a staff writer) as part of his New York Magazine Co. acquisition in 1977.

“We did our reporting in a way that most people in the press would die for,” Ridgeway wrote last year, after the death of his fellow Voice alum Alexander Cockburn.

Nobody censored what we wrote. Nobody messed with how things were written, or dreamed of questioning a political opinion. Rupert Murdoch, when he owned the Voice, was said to gag on some of Alex’s pointed epithets, but he never did anything about it. He actually had us both to lunch and offered us a column.

Talk to journos who started their careers in those years and many of them will mention having been inspired, encouraged, or mentored by Ridgeway; throughout his career, he’s made a point of launching others. “I was somewhat in awe of him,” recalls columnist and Voice alum Joe Conason, now editor of National Memo.

We did some reporting together around the time of Iran-contra. The occasion that comes to mind most vividly was our trip to Marion, Illinois—what was then the highest-security federal prison in the country. Possibly the most dangerous guy in the place was Edwin Wilson, the ex-CIA agent whom we hoped would tell us about several former intelligence cronies who were caught up in the scandal. We had to walk down a long series of stairways, through doors with loud, slamming electronic locks, to get to the K-Unit, where Wilson lived in a solitary cell alongside various spies, terrorists, murderers, etc.

Wilson was an enormous guy, at least in my memory. He had certainly killed people and was probably mentally disturbed. I felt distinctly uncomfortable and a drop of perspiration may have appeared on my brow. Then I looked over at Ridgeway and could see that he was utterly calm, with a thin little smile. He greeted Wilson coolly but cordially, and soon got him chatting about how awful it was in this hellhole, how he wanted to be transferred to another prison in South Carolina, a little gossip about the other inmates.

In circumstances like that, it wasn’t so easy to be from the hippie paper from Greenwich Village. But Jim was old school. He could always pull it off. 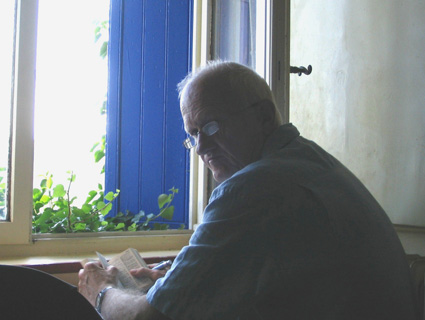 Jim is also old-school in the way he shares credit and deflects praise. He came on board as our senior Washington correspondent after being fired by yet another set of new Voice owners; many of his investigations here were collaborations like this expose of highway privatization, and this scoop about a private security firm spying on green groups on behalf of its corporate clients, both reported along with then-reporting fellow (and now senior editor) Daniel Schulman. More recently, he broke a series of stories about prison conditions with his longtime collaborator, Jean Casella. (It was only a few times that we managed to convince him to mine his own experience for a story—but the results were compelling, like this story on what the Medicare prescription benefit really means.)

A few months back, Jim told us that he wanted to go freelance to focus full-time on his work on solitary confinement, with help from an Open Society Institute fellowship he and Casella won last year. When we asked if we could put together a sendoff for him, he suggested that instead we contribute a few bucks to his Kickstarter project to send holiday cards to inmates.

It’s not often that reporters launch a new phase of their career more than four decades after breaking their first major national scandal (unless you count getting into a pissing match with the White House). We’re honored to have been Jim’s reporting home base for seven years, and we look forward to working with him on what’s next.