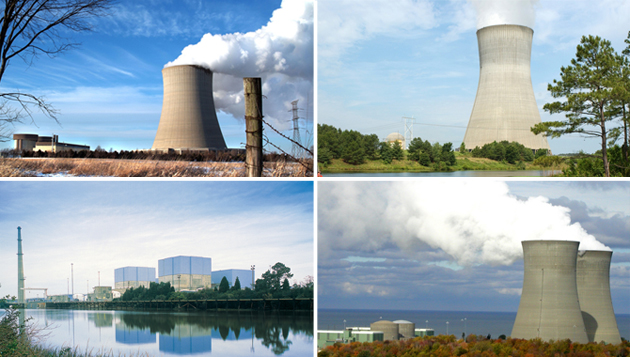 Two years ago today, floodwaters from a massive, deadly earthquake/tsunami combo in Japan knocked out cooling equipment at the Fukushima nuclear power plant, resulting in what experts were quick to deign the second-worst nuclear disaster in history (after Chernobyl), after radioactive contamination touched everything from tuna to baby formula to butterflies. The $125 billion incident precipitated an identity crisis among the world’s big users of nuclear power, particularly Germany, which was so spooked that it vowed to shut down every one of its nuke plants by 2022.

But here in the United States, there’s no sign of any impending nuclear phaseout, despite the steady parade of meltdown scares reported in a new study by the Union of Concerned Scientists. UCS dug into public data from the Nuclear Regulatory Commission, the nuclear industry’s top federal regulator, and found that, in 2012, 12 different nuclear power plants experienced “near miss” events, defined as an incident that multiplies the likelihood of a core meltdown by at least a factor of 10. The reasons range from broken coolant pumps to fires to “failures to prevent unauthorized individuals from entering secure areas”; in some cases aging equipment was at fault, and two plants were repeat offenders. One California plant already ranks high in vulnerability to earthquakes. In most cases, the study charges, weak oversight from the NRC was to blame.

In the map below, click on a plant to see what caused it to have a brush with meltdown in 2012:

The UCS study found nearly 60 such “near misses” over the last three years. Still, the NRC chair told the Associated Press on Sunday that the performance of most nuke plants is “quite good,” and pointed to its own study from last week, which found 99 of the nation’s 104 nuclear power plants to be in top-tier performance.

But UCS Nuclear Safety Program Director Lochbaum isn’t convinced: “Failing to enforce existing safety regulations is literally a gamble that places lives at stake,” he wrote in the study.

Fracking and a burgeoning renewables sector have put a squeeze on nuclear development in the United States, but we’re still far and away the world nuclear leader (see chart below). Data from the Energy Information Association, an independent federal bureau, show no declining trend in how much electricity we derive from nuclear plants (although post-Fukushima Japan is a different story, as you can see), and President Obama’s new pick to head the Energy Department, Ernest Moniz, has a reputation as a nuclear cheerleader and is supported by the nuclear industry. The American people apparently kept their cool after the Japan disaster, too: A Gallup poll last year found an identical majority in support of nuclear power both before and after Fukushima. 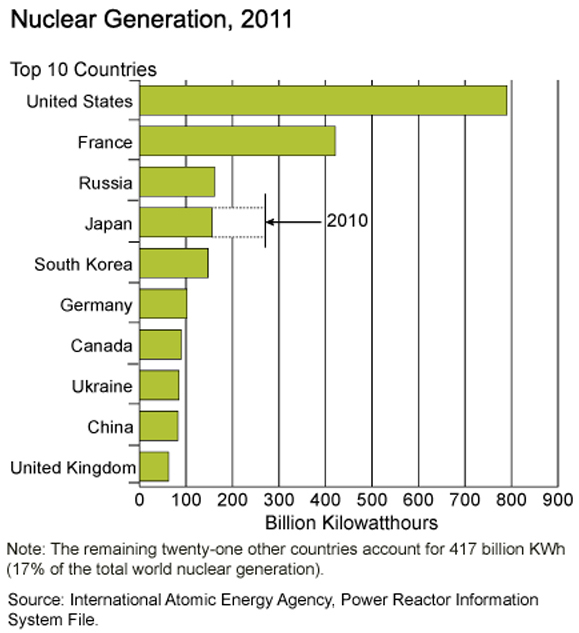