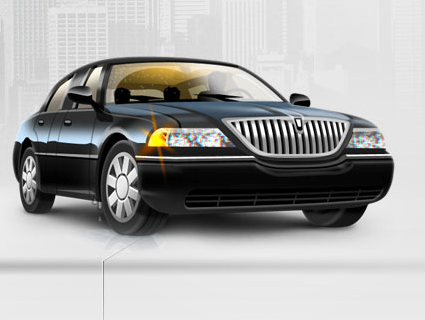 Hailing a taxi in San Francisco used to be about as easy as panning for gold, but that was before the advent of Uber, the San Francisco-based tech company that’s shaking up the taxi and town-car businesses in major cities. Tapping a button on my iPhone’s Uber app last Thursday produced a Yellow Cab at my downtown office in less than two minutes. “It is the best thing, my friend!” my beaming driver, Solomon Alemayhu, said of the GPS-based cab-hailing service. He likes the convenience factor so much, in fact, that he’s willing to overlook allegations that Uber is improperly skimming from its drivers’ tips.

According to the company website, Uber’s smartphone-based payment system automatically adds to the rider’s tab a $1 booking fee plus a 20 percent gratuity “for the driver.” But as Alemaythu and I drove through Chinatown, he told me that half of that gratuity actually goes to Uber. If that’s true—and Uber insists that it is not—then the company would be misleading consumers and breaking the law in some cities.

In Boston, for instance, Uber faces a class-action lawsuit over the tip-skimming allegation. Filed in late December on behalf of taxi driver David Lavitman, it accuses Uber of violating a state law stipulating that “no employer or other person” may take any portion of a worker’s gratuity. The lawsuit refers to a company document that explains how Uber and the driver divide the earnings: “We will automatically deposit the metered fare + 10% tip to your bank account each week,” it says. It cites the following example of how Uber would handle a $10 fare:

Uber Boston general manager Mike Pao says the document was just a promotional handout and doesn’t reflect Uber’s actual partnership agreement with drivers. “Since we launched here in Boston, the agreement with taxi driver partners has been that 10 percent of the metered fare goes to Uber as a marketing fee,” he insists. “Uber does not touch the tip.”

When I asked Pao for a copy of Uber’s partnership agreement, he referred me to an Uber “terms and conditions” page that lacks specific details about how Uber and drivers share profits. I repeated my request to Uber’s national PR guy, Kenneth Baer, but only received another statement from Pao: “Uber takes 10% of the metered fare as commission, plus the rider’s $1 booking fee, and all drivers are told this during the on-boarding process.”

The next day, Uber’s explanation of its tips policy seemed to have changed again [see below for comment from Uber]. “We don’t take our cut from the fare or the tip,” Uber’s head of policy, Corey Owens, told me when I ran into him outside Uber’s headquarters. “What happens is that the driver pays Uber a commission based on the services rendered.” He added that the commission amount varies widely depending on city and partner company and refused to cite any specific numbers.

Uber is just “backtracking off of what was very clearly the arrangement between it and the drivers from the beginning,” contends Lavitman’s attorney, Hillary Schwab.

To some drivers, the wording of the deal may not matter so much—the company’s “commission” would be the same whether it’s half of a 20 percent gratuity or a 10 percent surcharge on the fare. The distinction may matter more to passengers, however. In October, Uber rider Caren Ehret filed a class-action lawsuit in Chicago arguing that its practice of snapping up a portion of the “gratuity” charge had defrauded her and other passengers by making the “metered fare” appear misleadingly low. “She has a right for her gratuity to be remitted to the driver,” contends Ehret’s attorney, Hall Adams III.

These skirmishes highlight the types of challenges faced by startups aiming to buck an established industry with smartphone-based transportation apps. The San Francisco ride-sharing services Lyft and SideCar rely on drivers who lack taxi medallions; they bypass the regulated market by asking riders for “voluntary donations” in lieu of fares. Uber also features town-car services called Uber Black and Uberx (a lower-cost version that utilizes hybrids)—and it’s planning to enter the ride-sharing market too. All of these services appeal to consumers because they’re cheap, convenient, and allow people to rate their drivers, adding a layer of accountability to an industry with notoriously bad customer service.

Yet Uber’s honeymoon with its hometown may be coming to an end. With increasing competition, it recently cut its town car fares in San Francisco by 10 percent. Late last year, the California Public Utilities Commission threatened Uber with $20,000 fine for allegedly ignoring insurance regulations, then began drafting a new set of ride sharing rules that could give Uber the squeeze.

This past November, two long-time San Francisco cabbies filed a class-action lawsuit against Uber claiming that it breaks the law by dispatching limos and town cars that are not licensed as taxis. “Simply stated, Uber’s ‘partner’ drivers, who are operating without restriction, are taking passengers, and thus income, away from legally sanctioned taxicab drivers who are literally playing by the rules,” the suit says.

“My biggest beef with these guys is that this app is allowing them to break the law, and the Pubic Utilities Commission is allowing them to get away with it, because they have $50-million venture capitalists as backers,” says Barry Korengold, the president of the San Francisco Cab Drivers Association. “The cab drivers don’t have that kind of money to hire lawyers to fight this.”

Uber’s defenders write off the complaints as sour grapes from a monopolistic industry that loathes competition and accountability. But the grumbling is growing among Uber’s own partners; in recent weeks, dozens of Uber Black drivers have picketed the company’s San Francisco headquarters over what they consider unfair labor practices. A banner held up last Friday read, “Stop stealing our tips!”

Alemayhu, my taxi driver last Thursday, was trying to keep a positive attitude about the taxi-tech revolution. He said he hoped Yellow Cab’s own taxi-hailing app could eventually defeat Uber at its own game. “They can beat them on price, easy!” he said, snapping his fingers. “They just have to change their system.”

UPDATE: Uber representative Kenneth Baer says that Owens was only referring to Uber Black drivers, who, unlike Uber’s taxi driver partners, do not receive any tips through Uber’s payment system.