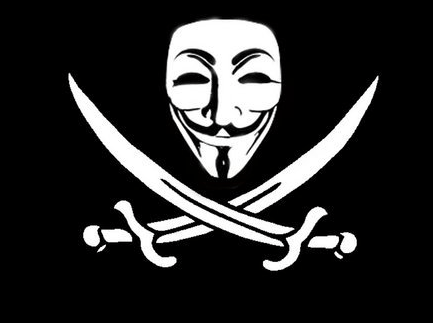 Update: As of Monday evening, about 900 websites are participating in the protest

About 400 websites are taking part in an online blackout today to protest the Cyber Intelligence Sharing and Protection Act (CISPA). The web-based demonstration, organized by the hacktivist organization, Anonymous, is not likely to interfere with the average web user’s day, unless that user frequently posts funny videos on Reddit. CISPA, a controversial bill that aims to boost cybersecurity by removing legal barriers that prevent tech companies and the government from sharing sensitive information about web users, sailed through the House last week, despite strong opposition from privacy groups and President Barack Obama, who is threatening to veto the current version of the bill. Early last year,  the Stop Online Piracy Act (SOPA) and the Protect IP Act (PIPA), two online copyright enforcement bills, spurred widespread blackouts involving more than 7,000 websites and tech giants, including Wikipedia and Google, yet the biggest websites willing to take a public stand against CISPA merely include various subsections of Reddit and a Facebook page for the Libertarian party.

“Unfortunately, there have not been any confirmed reports of larger companies joining the protest,” says a spokesperson for Anonyops, a website that reports news on the activities of Anonymous. “SOPA threatened to take down websites that even linked to copyright infringed material, so for companies that allow their users to post freely on their sites [like Facebook, Google+, and Reddit] this would have been devastating. CISPA mostly effects the user’s of these services, and doesn’t cut into profits of these big companies, and let’s face it, that’s why they’re a business, to make a profit.”

“We’ve been running ads against CISPA for the past few months, but we didn’t think the timing was right for us to participate in today’s blackout,” says Erik Martin, general manager at Reddit, the social news site. “We’re going to plan more action closer to the vote in the Senate, but in the meantime, the [independently controlled] subreddits are becoming kind of a lab for how you raise awareness on something important like this. Some of them are blacked out, others are posting about it.”

Molly Schwoppe, a spokesperson for the Libertarian party, tells Mother Jones that the party is “vehemently opposed to CISPA” but refused to confirm whether or not the Facebook page holding the blackout officially belonged to the party.

CISPA was first introduced in late 2011 by Rep. Michael Rogers (R-Mich.), but the measure failed to advance through the Senate. Rogers and Rep. Dutch Ruppersberger (D-Md.) reintroduced the bill in February of this year.  Dozens of civil-liberties-minded groups have cried foul and opposed the bill on the grounds that it delivers personal information like emails and Internet records straight to the hands of the government, which could freely use all this information for vague national security purposes. “This bill undermines the privacy of millions of Internet users” Rainey Reitman, activism director for the Electronic Frontier Foundation said in a press release. The Obama administration last week declared that it “remains concerned that the bill does not require private entities to take reasonable steps to remove irrelevant personal information when sending cybersecurity data to the government or other private sector entities.”

But privacy concerns may not be enough to stop the bill. CISPA supporters spent 140 times more money on lobbying for the bill that its opponents, according to the Sunlight Foundation. Big-name companies that openly support CISPA include AT&T, Intel, IBM, Time Warner Cable, and Verizon, and other tech giants are  quietly on board, including Google and Facebook, which released a statement arguing that “if the government learns of an intrusion or other attack, the more it can share about that attack with private companies (and the faster it can share the information), the better the protection for users and our systems.” Facebook also claims that if shares data with the government, it will safeguard user information.

Anonyops isn’t so optimistic. “Do I find it hypocritical [that tech companies are supporting CISPA]? It could be seen that way, after all,” its spokesperson says. “These companies do have privacy policies, which is the very thing that CISPA would basically make void.”