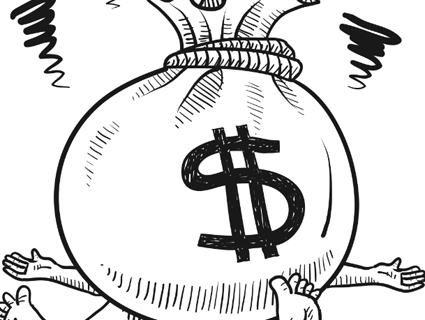 On Monday morning, the New York Times ran a story reporting that for the past decade the CIA has been funneling tens of millions of dollars, off-the-books, directly to the office of Afghan President Hamid Karzai. The payments, occasionally dropped off in plastic bags, were part of the intelligence agency’s attempts to buy access in Karzai’s government and encourage support for the war against Al Qaeda and extremist elements. The CIA continued to transfer hundreds of thousands in cash, even as it became increasingly clear that the cash wasn’t doing much to curb Karzai’s tendency to defy and frustrate the United States government. Afghan officials have used the payments for an assortment of expenses, including underwriting “informal negotiations” and buying off warlords, some of whom are connected to the Taliban.

“We called it ‘ghost money,'” Khalil Roman, Karzai’s former deputy chief of staff, told the Times. “It came in secret, and it left in secret.”

Since the news broke, Karzai released a statement admitting his office accepted the funds, but claiming that the small fortune was used only for legitimate and noble purposes, such as rental costs and helping “injured people.” (Years ago, it was reported that Karzai’s now deceased half-brother was a paid CIA asset.)

The Times report notes that though intelligence agencies will often pay foreign officials for information or influence, pouring satchels of “ghost money” directly into a foreign leader’s office is a less common practice. However sketchy this sounds (and however corruption-infected the Karzai government may be), such transfers do not violate American law. “Under US law, there are statues that prohibit the payment of bribes in securing contracts, if you’re [a part of] a corporation; but such laws don’t necessarily apply to the US government itself,” John Prados, a senior research fellow at the National Security Archive at George Washington University, says. “There is no provision in any executive order that governs the intelligence community that prevents this kind of thing…Cash is the mainstay of American covert operations in Afghanistan.”

And this is not new. Here are a few other episodes in recent history in which the CIA has secretly sent wads of “ghost money” to the offices of foreign leaders:

As American intervention in Vietnam deepened, the CIA lavished three-quarters of a million dollars on South Vietnamese leader Nguyen Van Thieu between 1968 and 1969. He had come to power following years of chaos caused by the CIA-supported coup against South Vietnamese president Ngo Dinh Diem in 1963.

Being a vicious anti-communist authoritarian, President Mobutu Sese Seko in Zaire received CIA dollars of appreciation during several decades of the Cold War. He rose to power in the early 1960s with the help of a lot of foreign-supplied guns and cash, much of which was provided to him by you know who.

Between the 1957 and 1977, the CIA allegedly paid millions of dollars to King Hussein of Jordan. Accounts of how these annual payments were used vary greatly. Some reports detail payments for extra security for the royal family, sports cars, and intel gathering.

Manuel Noriega, former US friend and military ruler of Panama, was on the agency payroll during his epic streak of racketeering, drug running, and money-laundering, as he turned Panama into his own private piggy bank. Shortly before Christmas 1989, President George H.W. Bush ordered the invasion that got rid of him.

This is the kind of thing that “ghost money” buys you.