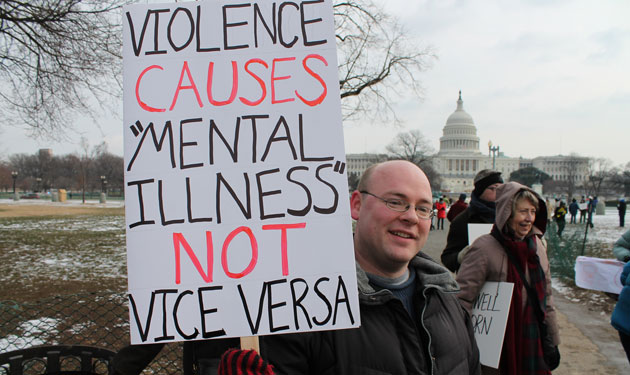 In January, with the horror of the Newtown massacre still fresh, House Democrats assembled a task force to begin discussing gun controls. With negotiations now about to culminate in the Senate, the task force is focused on a bipartisan effort to assure a vote on that potential legislation in the House, according to Rep. Carolyn McCarthy (D-N.Y.), who is playing a key role behind the scenes.

McCarthy, who came to Congress in 1997 on a campaign to reduce gun violence after her husband was murdered and her son severely injured in the Long Island Rail Road massacre of 1993, serves as vice chair of the task force. Given the steep political climb for any new gun control measures (with expanded background checks perhaps being the most possible, though still far from certain), McCarthy is remaining tight-lipped about who might be cooperating on the Republican side. “We’re not releasing any names,” she said, declining to comment even on the number of Republicans involved.

McCarthy did reveal in an interview that the task force is focused on persuading 27 Democrats in the House who typically would not vote for gun reforms. Among those, she said that there may be seven of them “who truly would be in [electoral] trouble” if they backed the bill. (The House currently has 232 Republicans, 200 Democrats, and three vacant seats.) It’s a struggle in which she has been facing an all-too-familiar response from some of her colleagues, she said: “‘Carolyn, I’d love to vote for you,’ they say, but they’re waiting to see what comes up [in the Senate].”

On the GOP side, the task force may have some valuable outside help from Mayors Against Illegal Guns, the group founded by New York Mayor Michael Bloomberg. The group has polled 36 Congressional districts represented by Republicans whose constituents support universal background checks (see the full list of names below) and has been targeting some lawmakers with ad campaigns in their home districts during the recess.

The uphill battle to secure enough votes isn’t the only problem faced by gun reformers in the House. Securing a vote at all, McCarthy said, also hinges on Republican House Speaker John Boehner and how he might decide to proceed. (Already on the Senate side, tea partiers Ted Cruz, Mike Lee, and Rand Paul have threatened to filibuster the legislation.) If Boehner employs the Hastert Rule, a procedural tactic Republican speakers have used to prevent bills from reaching the House floor without majority support from their party, “that alone could stop everything dead,” McCarthy said. “But I do believe he’ll feel compelled to bring up some aspect of the gun bill,” she added. It may be the ultimate test of the degree to which public support for stricter gun laws—particularly the continued overwhelming support for broader background checks—really matters.

According to polling from Mayors Against Illegal Guns, the constituents of these 36 Republican Congress members support universal background checks: