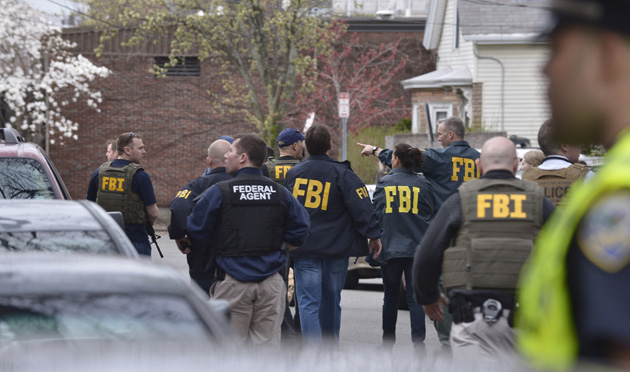 This story is copublished with the Florida Center for Investigative Reporting.

Could the Boston attacks have been stopped? In the aftermath that question has gained urgency with the news that the FBI was on Tamerlan Tsarnaev’s trail more than two years ago. But it is further underscored by another FBI operation conducted in the Boston area during that same period—one focused on a different subject of dubious importance.

In January 2011, when the FBI looked into the alleged Boston Marathon bomber and dismissed him as a potential threat, agents in the Boston field office pursued another person they suspected could be a terrorist. While they apparently decided to stop tracking Tsarnaev—whose six-month trip to Russia at that time is now of prime interest to investigators—the FBI conducted a sting operation against an unrelated young Muslim man who had a fantastical plan for attacking the US Capitol with a remote-controlled airplane.

The way in which the FBI investigated these two potential extremists may help begin to explain how the federal government failed to prevent Tamerlan Tsarnaev and his younger brother, Dzhohkar, from setting off lethal bombs in the streets of Boston. The task of anticipating and stopping a terrorist attack is exceedingly complicated, and the full extent of what the FBI may have known about the Tsarnaev brothers remains unclear. Some congressional leaders are now seeking further explanation. But the contrast of the two cases undertaken in Boston in early 2011 raises questions about the effectiveness of the FBI’s counterterrorism strategy.

Since the devastating attacks on September 11, 2001, the FBI’s top priority has been to prevent a next act of terrorism. Every year the bureau spends $3.3 billion on counterterrorism, the largest portion of its $8.2 billion annual budget. (That’s roughly $650 million more than it spends on investigating organized crime, its next greatest priority by funding.) A key component of the FBI’s strategy has been running sting operations against would-be terrorists—in many cases going to great lengths to enable otherwise unlikely perpetrators, as I documented in my award-winning investigation published in 2011 in Mother Jones and in my subsequent book, The Terror Factory.

The FBI has often targeted these suspects using informants and internet surveillance. With the latter, federal agents analyze a suspect’s online presence and history, looking for activity on extremist web forums, interest in militant jihadi videos, and other activity that might indicate sympathy for terrorist organizations.

The informant was paid $50,000 by the FBI for his efforts, while hiding a heroin addiction from his handlers.

After the Boston Marathon bombings, the FBI acknowledged that in 2011 agents had interviewed the 26-year-old Tsarnaev and scrutinized his internet history, at the request of Russian officials. Yet, despite the Russians’ concerns about Tsarnaev’s potential links to militant separatist groups in Chechnya, the FBI determined he was not a threat.

Meanwhile, in an unrelated case, the bureau vigorously pursued Rezwan Ferdaus, a Northeastern University graduate who was born in Massachusetts and lived with his parents in a Boston suburb. Ferdaus came to the FBI’s attention through an informant posing as an Al Qaeda operative—a man who was paid $50,000 by the FBI for his efforts, while hiding a heroin addiction from his handlers.

According to court records, Ferdaus told the informant that he wanted to destroy the gold dome of the US Capitol building using a remote-controlled model airplane loaded with grenades. If that plot was far-fetched, so was the possibility that Ferdaus could even attempt it: He did not have weapons, and even if he had known where to buy explosives, Ferdaus was broke, according to court records.

Through the informant, the FBI encouraged Ferdaus to move forward with his idea to attack the US Capitol. They dedicated significant resources to the operation, giving him $4,000 to purchase an F-86 Sabre remote-controlled airplane and providing him with “explosives”—25 pounds of fake C-4 and three inert grenades. In May 2011, Ferdaus traveled to Washington, DC, to scout out locations from which to launch his weapon—all while being secretly recorded by FBI agents. Finally, on September 28, 2011, after a nine-month sting operation, FBI agents arrested Ferdaus, charging him with, among other offenses, attempting to destroy a federal building and providing material support to terrorists.

Ferdaus pleaded guilty and was sentenced to 17 years in prison, though no evidence indicated that he could have built and launched a weapon were it not for the FBI providing the money and materials.

Since the 9/11 attacks, the FBI has arrested more than 175 alleged terrorists using operations like the one in Boston that nabbed Ferdaus. In these expensive and elaborate stings, the targets often are men on the fringes of Muslim communities; many are economically desperate and some are mentally ill, and they are easily manipulated by paid informants and undercover agents.

But in the years since 9/11, several operational terrorists in the United States have gone unnoticed or have been overlooked by the FBI.

Faisal Shahzad, a 33-year-old naturalized US citizen from Pakistan, delivered a car bomb to Times Square on May 1, 2010. Shahzad wasn’t on the FBI’s radar until that day, after a street vendor reported the suspicious vehicle. Fortunately, the explosives he’d assembled failed to go off.

Nidal Hasan, a US Army Medical Corps officer, shot and killed 13 people at Fort Hood on November 5, 2009, even after the FBI investigated 18 emails he’d sent to Anwar al-Awlaki, the American-born Al Qaeda propagandist who was killed in a 2011 drone strike in Yemen. The FBI didn’t realize Hasan was a threat until it was too late.

And despite the FBI’s initial interest in Tsarnaev, the same became true with him and his younger brother in Boston.