According to government figures, there were 47,515 drug-related killings in Mexico between late 2006 and late 2011, though many experts put the death toll much higher. Almost every aspect of Mexican life is affected by organized crime and its endless battle to control the distribution of illicit drugs, most of which are destined for the United States and Canada. In just one month, photographer Louie Palu documented more than 110 murders in Mexico. There is no way of knowing how many of those deaths involved people who were just in the wrong place at the wrong time. As long as its justice system allows criminals to operate with impunity, Mexico will continue to be brutalized by the drug trade. This is one photographer’s view of the deadly US-Mexico frontier. 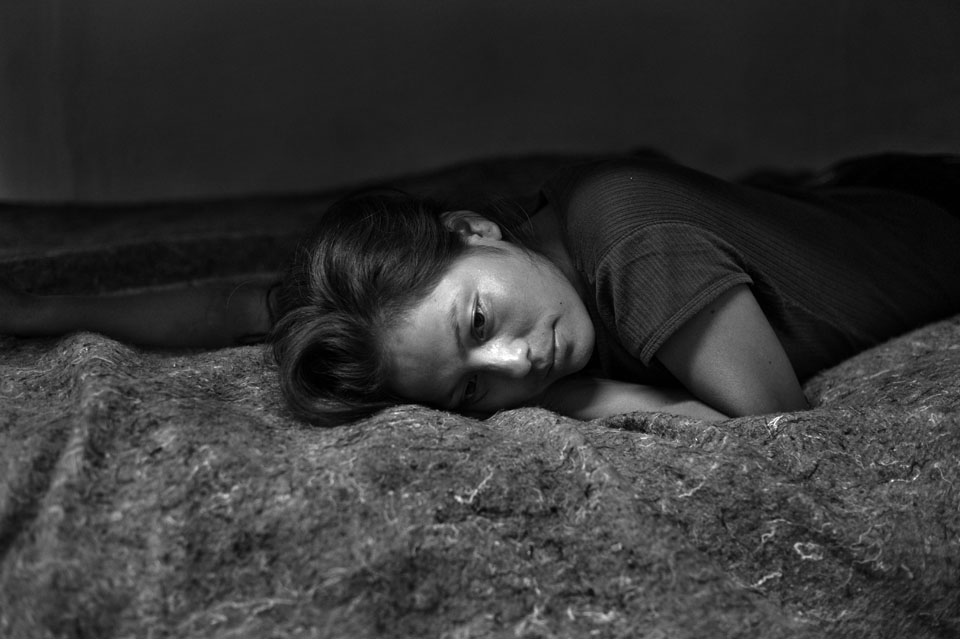 Marisol Espinoza, a 20-year-old woman from Chiapas, rests in a shelter for deportees and migrants in Nogales, Mexico, the night after she was deported from the United States. She crossed into the US and walked through the Arizona desert for six days until she was arrested by the Border Patrol. 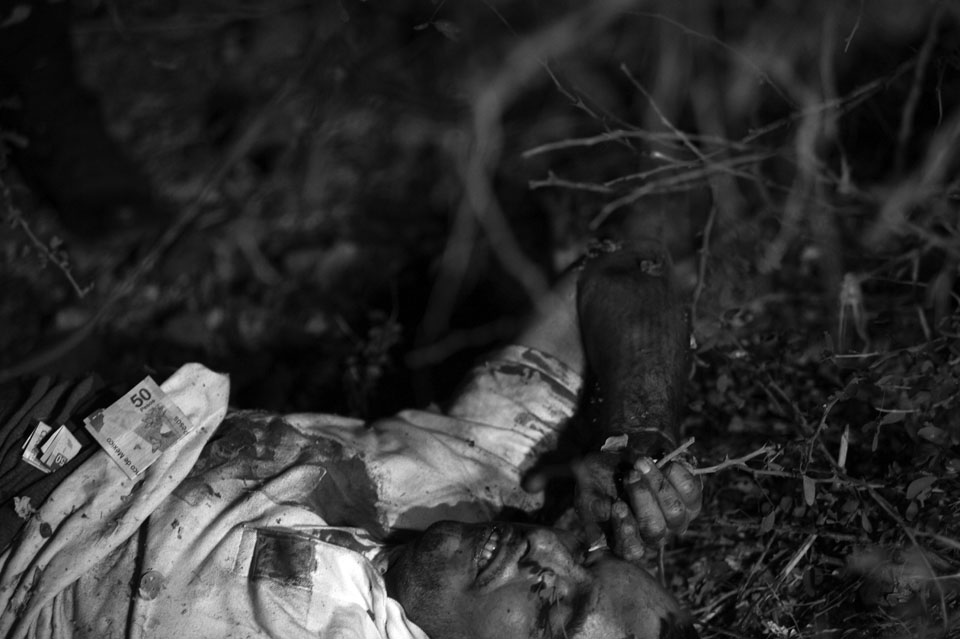 A heavily armed man who was killed by the Mexican military in Culiacán, Mexico, during an operation trying to hunt down the head assassin of the Sinaloa Cartel known as ”El Fantasma” in Quila, which is believed to be territory controlled by El Mayo—a Mexican drug lord associated with the Sinaloa Cartel. 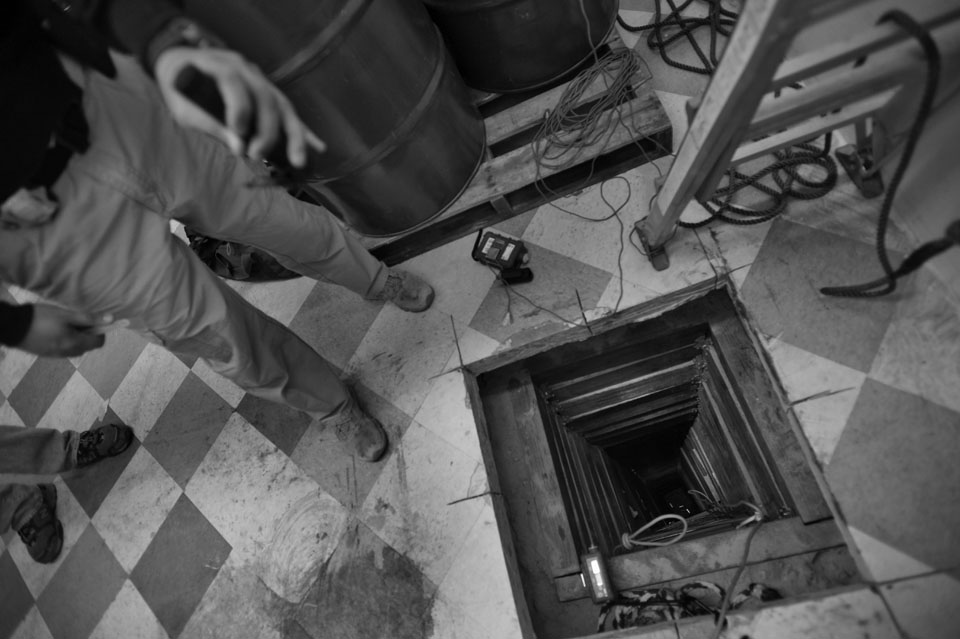 A US drug enforcement agent aims a flashlight down a 55-foot-deep drug smuggling tunnel that runs almost 720 feet under the US-Mexico Border cut through a floor of a small industrial unit south of Yuma, Arizona, in the town of San Luis. It is estimated that the tunnel built by a Mexican drug cartel cost up to $1 million dollars and took one year to build. 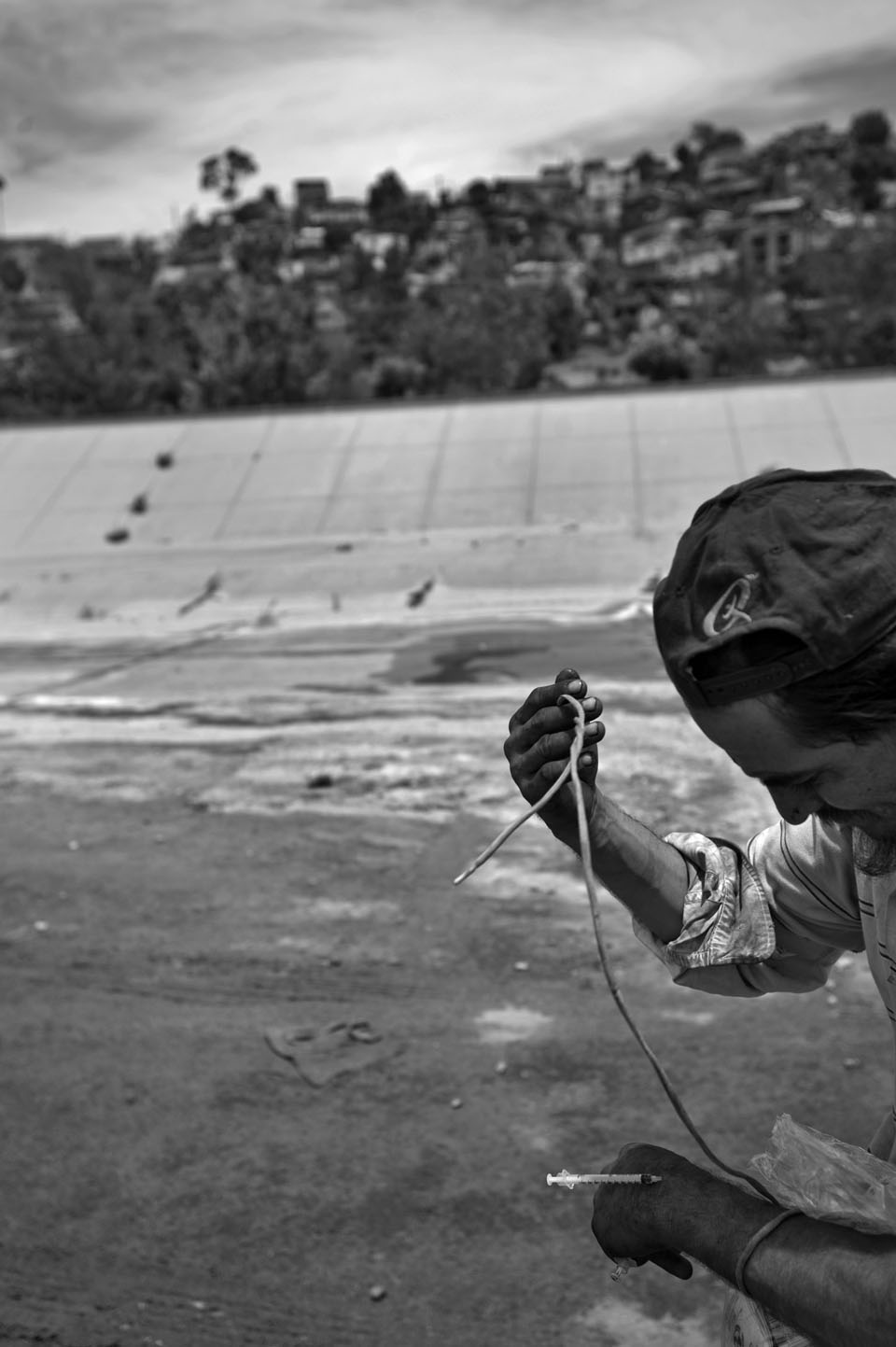 A heroin addict shoots up along the Tijuana River in Tijuana, Mexico.

The Mexican side of the US-Mexico border fence located west of Ciudad Juárez and El Paso, Texas, near the state of New Mexico. 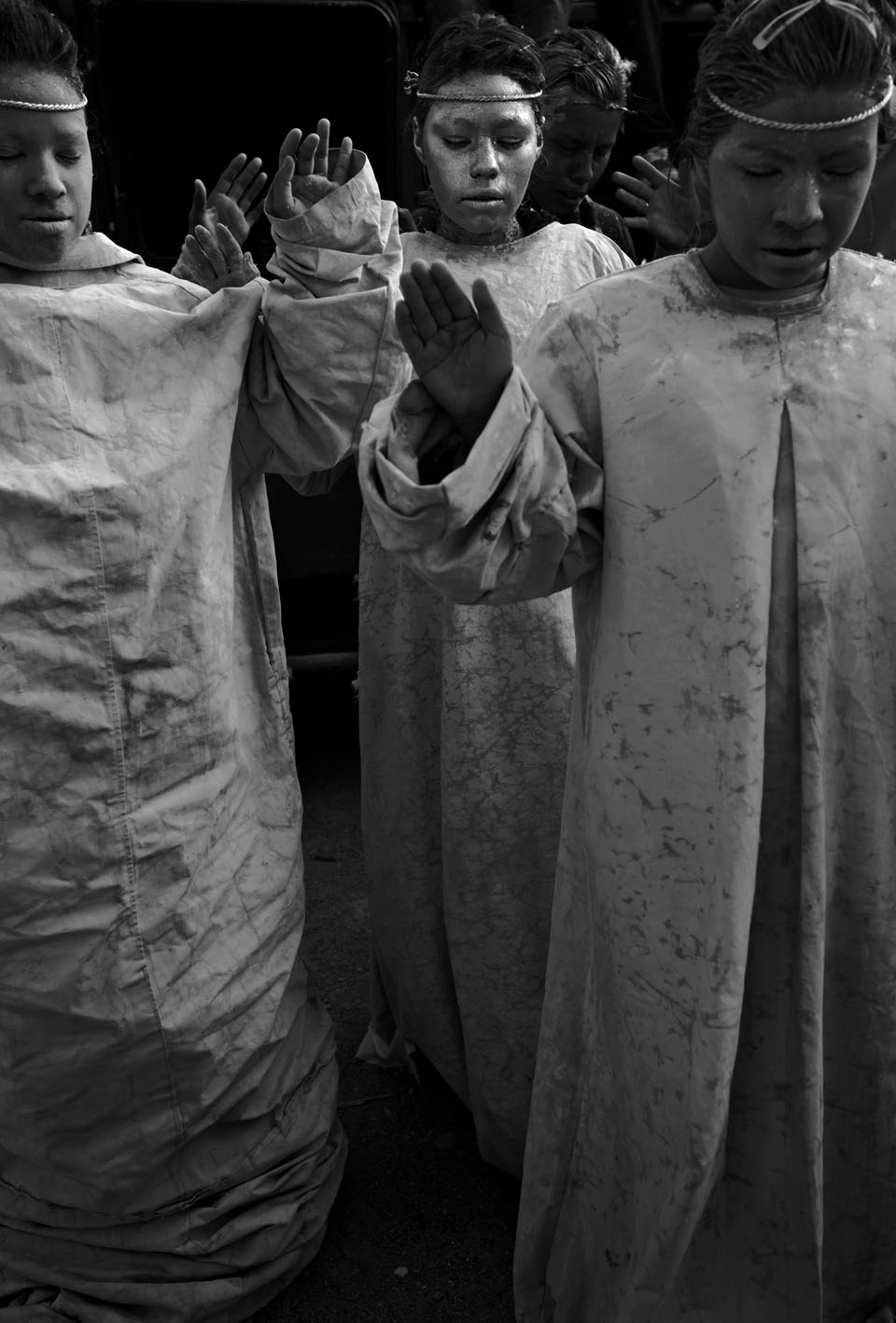 Girls dressed as angels pray at a Ciudad Juárez crime scene where a young man was assassinated while rival drug cartel assassins ”heated up the plaza.” 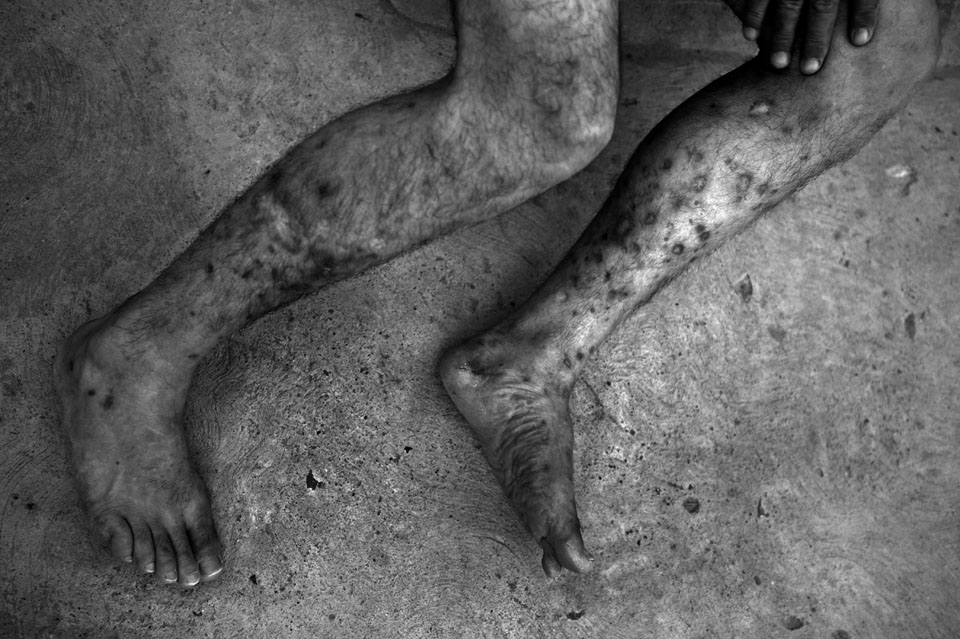 Multiple track marks from injecting heroin seen in the legs of a Mexican man in Ciudad Juárez who was deported to Mexico from the US. He was first exposed to illegal drugs in the US, became an addict and was eventually deported. Drug addiction in Mexico along the US border is rising due to the amount of illegal drugs passing through border towns. 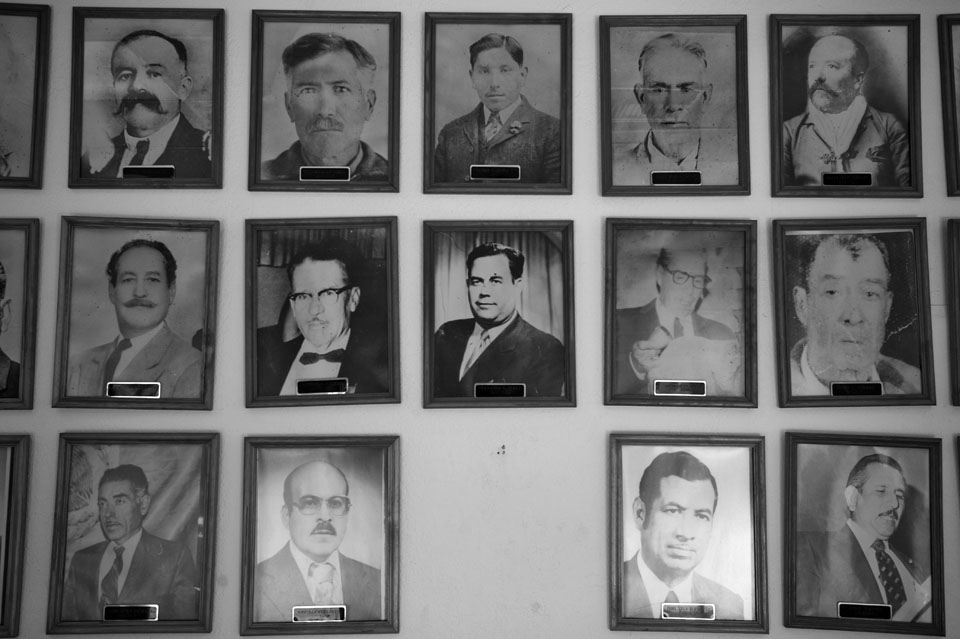 Some of the many mayors of the town of Práxedis in the Juárez Valley located east of Ciudad Juárez. This town has been under one political party rule for decades and has been under the control of drug cartels who have killed many mayors in the region and throughout the country in order to maintain control of this lucrative smuggling region. 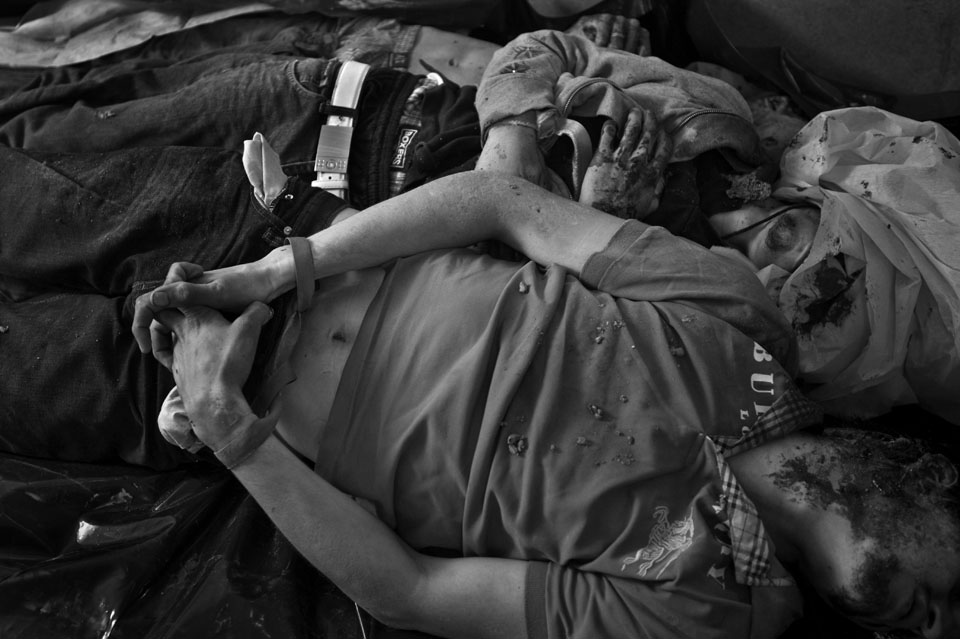 The bodies of men executed and dumped on the side of the highway in Navolato, Sinaloa, which was the birthplace of one of the former leaders of the Juárez Cartel. Navolato is located next to the home turf of the Sinaloa Cartel, which was locked in a battle for control of Ciudad Juárez for several years. 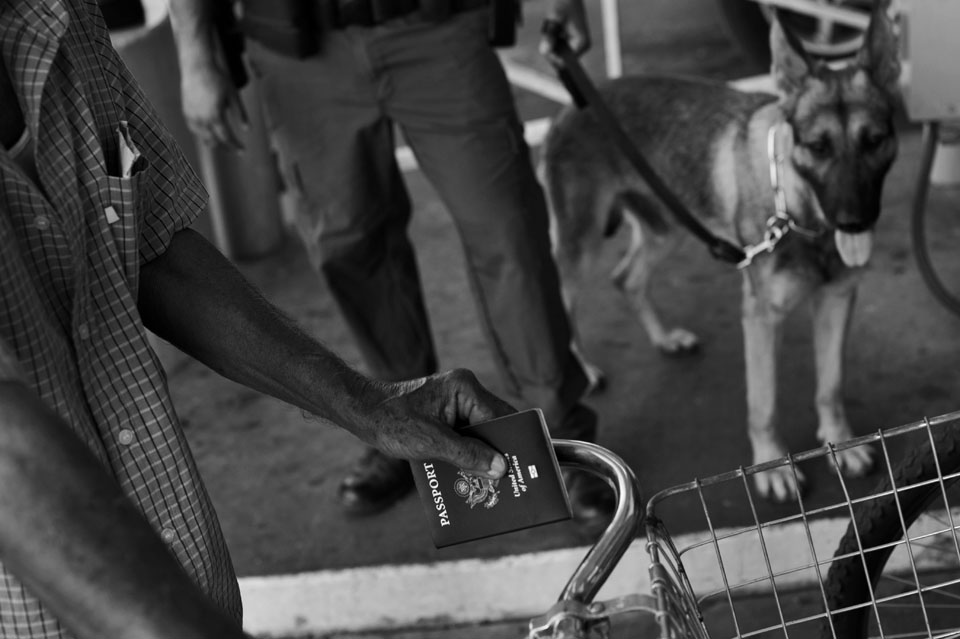 A man holding a US passport coming from Mexico with his bike lines up at the Laredo, Texas, port of entry under the watchful eye of a Border Patrol agent and a dog used to sniff out illegal narcotics. 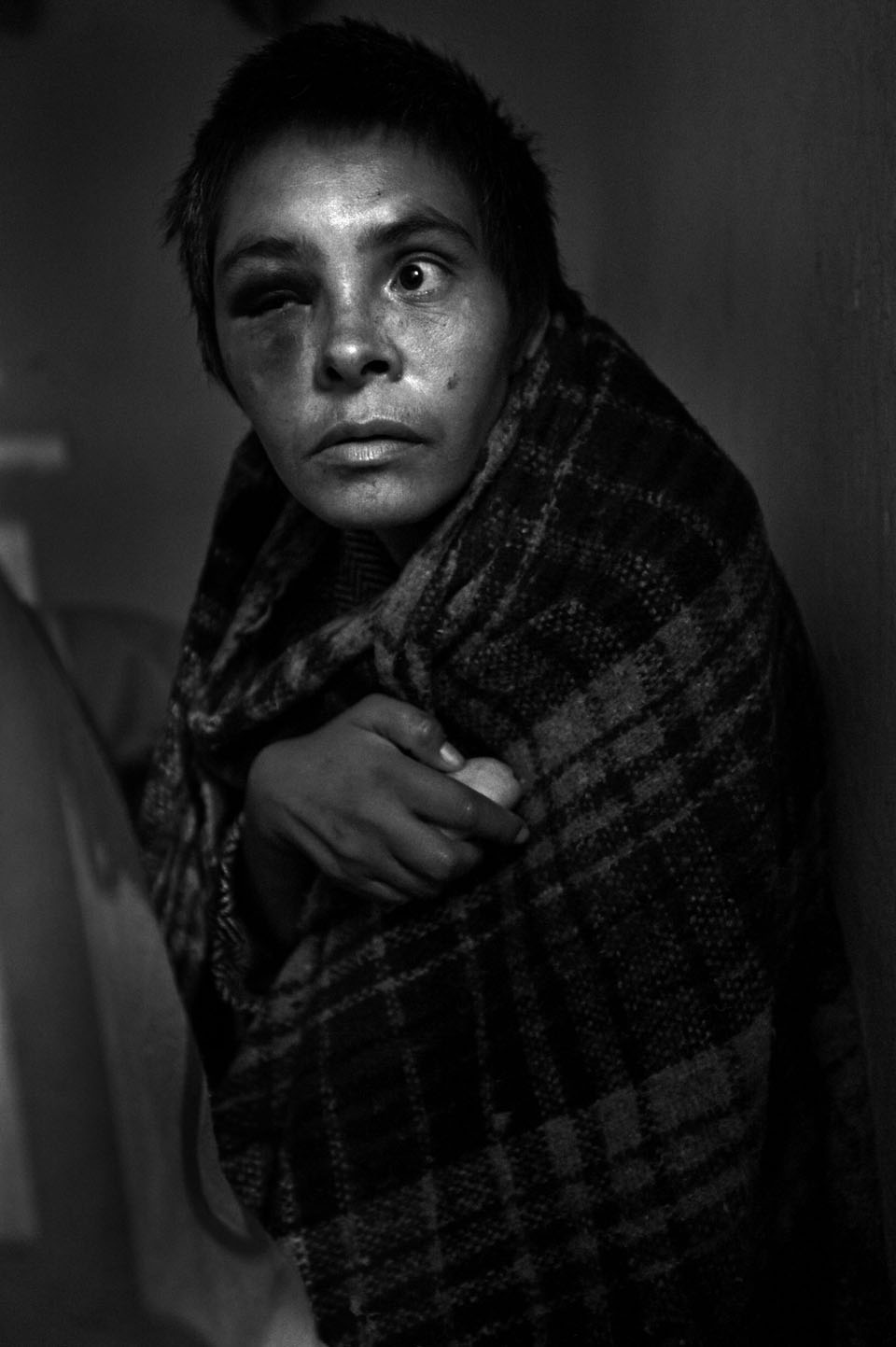 A woman who was found beating herself in downtown Ciudad Juárez is seen in a privately run shelter for the mentally ill west of the city. Due to a lack of state social infrastructure, many people with extreme mental illnesses are brought here. 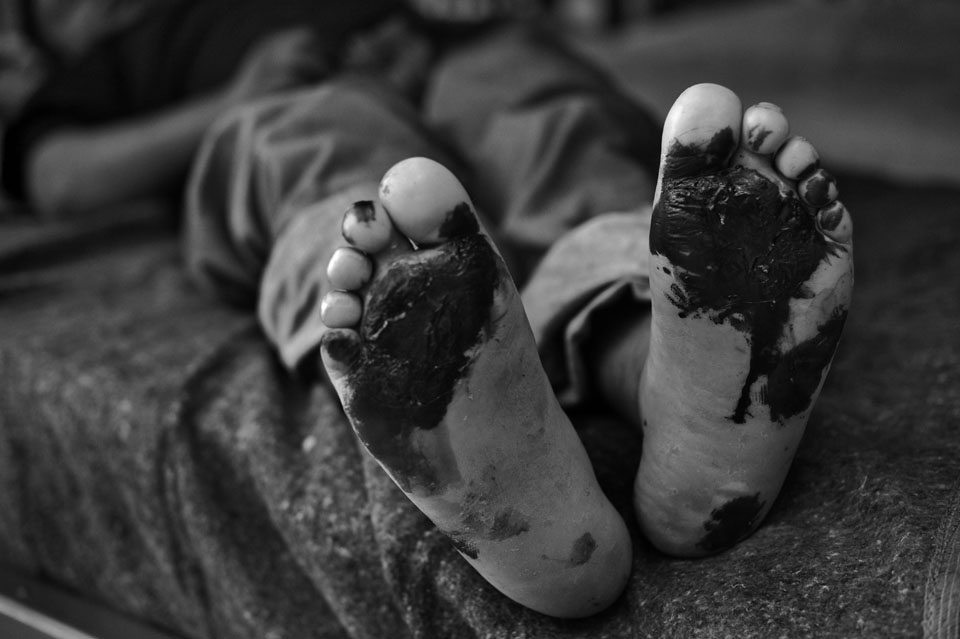 A migrant’s feet after walking for days through the Arizona desert, seen in a Nogales, Mexico, migrant shelter after being deported by US authorities. One of the top injuries to migrants is severe blistering on their feet from walking in the desert heat.

Mexican families at a beach on the Rio Grande River, which serves as the US-Mexico border where the states of Chihuahua, New Mexico, and Texas intersect. 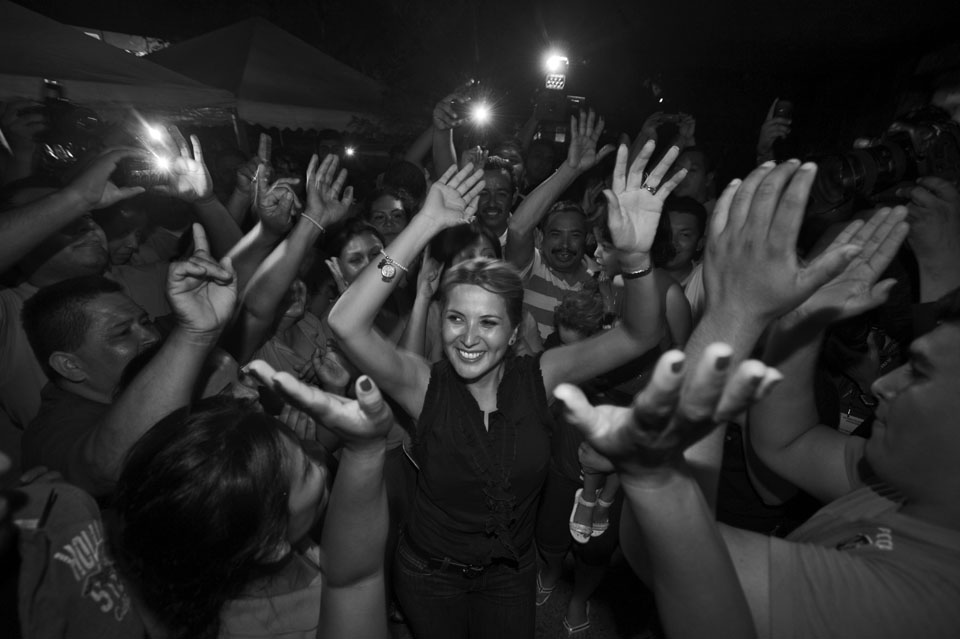 The PAN party candidate Margarita Cervantes Arellanes celebrates with supporters after her winning campaign made her the first female mayor of Monterrey, Mexico, the capital of the state of Nuevo León.

This project was supported with a grant from the Pulitzer Center on Crisis Reporting.