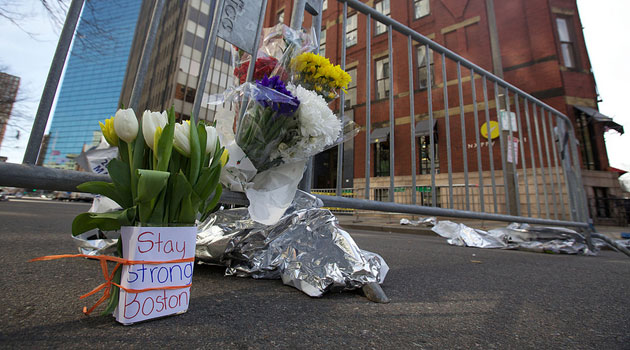 Federal authorities have arrested three additional suspects in connection with the Boston marathon bombings, according to the Boston Police Department. A newly released criminal complaint says that the suspects are college students and friends of Dzhokhar Tsarnaev, who faces charges of planting a bomb at the marathon that killed three people and injured more than 200.

Two of the three students—Dias Kadyrbayev and Azamat Tazhayakov—are Kazakh nationals who are in the United States on student visas. The third suspect, Robel Phillipos, is an American citizen who lives in Cambridge, Massachusetts.

In a 15-page complaint filed in federal court, federal authorities allege that Kadyrbayev and Tazhayakov intentionally obstructed justice by removing evidence from Tsarnaev’s dorm room at the University of Massachusetts–Dartmouth three days after the April 15 attack. Phillipos is accused of making false statements to federal law enforcement officials.

The two Kazakh men have denied wrongdoing, a lawyer for one of them told the Associated Press. The government has initiated removal procedures against the two men based on immigrations violations, the complaint says. The suspects’ immigration status could lend the FBI additional leverage in negotiations with the suspects. “One of the reasons for the creation of the Department of Homeland Security was so that all of federal law enforcement could leverage all of the laws of the federal government,” says David Gomez, a former FBI counterterrorism official. “It does give the FBI a lot of leverage as long as DHS plays along. They haven’t always wanted to play nice when they held the cards. But I don’t think cooperation by either the suspects or DHS will be a problem in this case.”

Dzhokhar Tsarnaev and his older brother, Tamerlan, are suspected of carrying out the dual bombings near the marathon finish line. Days later, the Tsarnaev brothers allegedly killed a Massachusetts Institute of Technology campus police officer before Tamerlan was killed during a confrontation with police. Dzhokhar was later captured by police and taken into custody.

Authorities released their complaint against Kadyrbayev, Tazhayako, and Phillipos on Wednesday afternoon. The document details the three students’ actions in the wake of the Boston bombings. Here’s how it supposedly went down:

On April 18, Kadyrbayev was driving home when Phillipos called him and told him to turn on the TV when he got back to his apartment in New Bedford, an hour outside of Boston. Hours earlier, FBI officials had released photos of the two men they believed had carried out the bombing. When he saw the photos, Kadyrbayev thought one of the suspects looked like Dzhokhar Tsarnaev. Kadyrbayev texted Tsarnaev and told his friend that he looked like one of the suspects. Tsarnaev responded, “lol,” followed by “you better not text me” and “come to my room and take whatever you want.”

Kadyrbayev, Tazhayakov, and Phillipos decided to go to Tsarnaev’s campus dorm room. Tsarnaev’s roommate let them in. The three students watched a movie in Tsarnaev’s room for a while, the complaint says, and then Kadyrbayev noticed a backpack filled with fireworks with the gunpowder emptied out. (The complaint also says that Tazhayakov received a text from Tsarnaev shortly before arriving at his dorm room, saying, “I’m about to leave if you need something in my room take it.”) When Kadyrbayev saw the backpack in the dorm room, he knew Tsarnaev was involved in the bombing. Before they left the dorm room, Kadyrbayev grabbed Tsarnaev’s backpack and laptop and took the items out of the room. Kadyrbayev did so to “help his friend [Tsarnaev] avoid trouble,” according to the criminal complaint.

The three suspects returned to Kadyrbayev and Tazhayakov’s apartment in New Bedford. They watched some more news and grew more convinced that Tsarnaev was one of the bombers. Then Kadyrbayev put his backpack and the fireworks into a black trash bag and threw it into a nearby dumpster. Tazhayakov and Phillipos didn’t physically do throw out Tsarnaev’s belongings, but all three students knew about it, the complaint says.

After Dzhokhar Tsarnaev’s arrest, the FBI eventually tracked his backpack to a landfill in New Bedford. Inside they found fireworks, a jar of vaseline, and a “UMass–Dartmouth homework assignment sheet.” FBI officials have also recovered BBs, a “large pyrotechnic,” and the black jacket and white hat Tsarnaev was believed to have worn on the day of the bombing.

In the complaint, Phillipos is not accused of removing evidence. He confessed to lying to FBI agents during one of his four interviews with authorities, according to the complaint.

Police officials say there is currently no threat to the public.