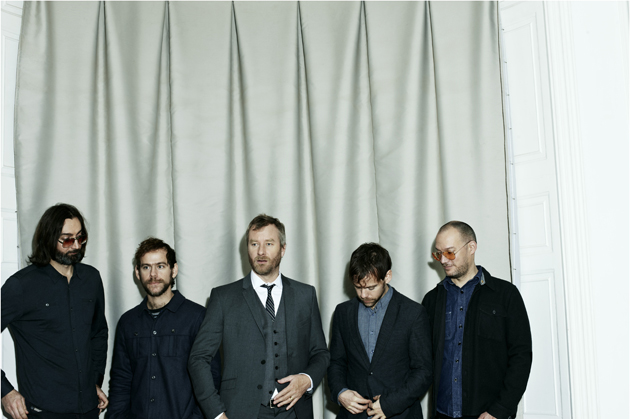 You know how when you get a song stuck in your head, you’re not always sure how it burrowed its way in there? Well, people who attended The National’s May 5 performance at New York’s MoMA PS1 museum can be pretty damned sure. Over a six-hour period, the band played “Sorrow,” off its 2010 release, High Violet, 105 times in a row.

The special performance, aptly dubbed “A Lot of Sorrow,” was technically a work created by the Icelandic artist Ragnar Kjartansson as part of his ongoing “explorations into the potential of repetitive performance to produce sculptural presence within sound.”

The following clip, supposedly starting around 2 hours and 40 minutes into the show, includes three of the repetitions.

Actually as the hours went on I think we all realized that this experience was something special for us—there was a weird hypnotic resonance and spirituality to repeating the song over and over. We almost didn’t want to stop and we learned something about our capacity for endurance and the song opened up in surprising ways…By the end it didn’t feel like we were playing it anymore. We know the idea seemed pretentious in some way, but Ragnar has this mix of humor and sadness that feels quite similar to what our songs about…We’re very glad to have done it.

This week, The National, follows up its hypnotic performance with the release of Trouble Will Find Me, their sixth studio album, on the 4AD label. 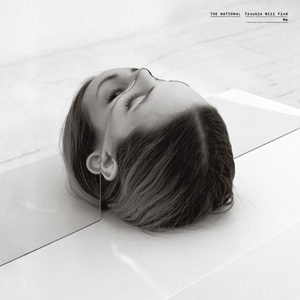 Trouble Will Find Me

Trouble… is replete with the usual mix of sorrow, longing, depression, and nearly infrasonic tone of singer Matt Berninger’s voice that fans of The National have come to know and love. But some of the tracks still provide you with the opportunity to rock out, lest you need a break from your whimpering.

For example, there’s “Sea of Love,” the video of which the band premiered during its AMA. A fan had asked, “What is your guys’ favourite music video?” Whereupon the band replied, craftily, “Actually there’s one video that we all really love, so we made this homage.” They revealed the link to the new video. And the sleuthing promptly began for the original.

A single-take shot in a sparse, nondescript room, with nothing but a dangling microphone, air-conditioning unit, and boy wandering in from off-screen: It didn’t look familiar.

Nor should it. It mimics a video for a song first released in 1995—in Russia—by Soviet-era punk band Zvuki Mu. The song title, “Grubiy Zakat,” means “Rough Sunset.” Check it out:

Bryce Dessner, who plays guitar for The National, told PRI’s The World that he “fell in love with it immediately” when he first saw the video on YouTube. “We have to do something like this,” he told his bandmates.

They reached out to Zvuki Mu, but were unable to track down any of its members. Obviously, that didn’t deter them from making their own version.

Next up for The National: a vinyl version of their six-hour MoMA performance for charity. Seriously.

If the new album, epic vinyl repetition party, and homage to a Soviet video aren’t enough for you, you can get more of The National in movie form. Singer Matt Berninger’s brother Tom was brought on tour as a roadie and ended up making a haphazard documentary about the band called Mistaken for Strangers. If you can make it to Australia by June, you can catch the next screening at the Sydney Film Festival. I’ll leave you with the trailer.