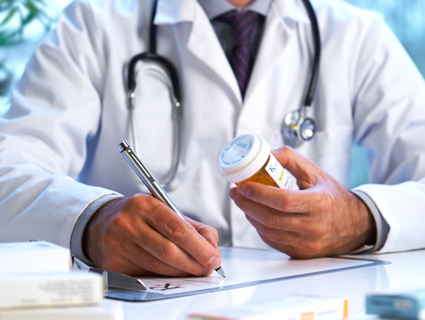 On Wednesday night, President Barack Obama’s administration indicated that is challenging an April court decision that would make emergency contraception available to everyone without a prescription. The announcement means that, after a decade of fighting between reproductive rights advocates and the Food and Drug Administration over this issue, there’s still no resolution.

In 2011, the FDA approved Plan B One-Step, one of the most common forms of emergency contraception, for purchase over-the-counter for all women. But the Department of Health and Human Services overruled the FDA, instead making it available without a prescription only to women ages 17 and older. Reproductive rights groups sued, and on April 5, Federal District Court Judge Edward R. Korman issued a scathing decision that said that the administration’s policy was “was politically motivated, scientifically unjustified, and contrary to agency precedent.” His ruling directed HHS and the FDA to make emergency contraception available to all by May 5.

On Wednesday evening, however, the Department of Justice announced that it is appealing Korman’s ruling. “The Court’s Order interferes with and thereby undermines the regulatory procedures governing FDA’s drug approval process,” said the DOJ in a statement.

The DOJ statement is misleading. The FDA actually approved Plan B for women of all ages in 2011. Then HHS interfered.

The appeal comes a day after the FDA announced that it has approved the sale of Plan B One-Step to women ages 15-and-over without a prescription. In its announcement, the FDA claimed that decision “is independent of” the lawsuit and “is not intended to address the judge’s ruling.” However, as Washington Post‘s Sarah Kliff reports, the DOJ’s appeal uses the FDA’s decision to make its case:

The Justice Department, in fact, relied on that new decision to argue that none of the federal case’s plaintiffs — who are 15 or older — would be harmed by a court decision to delay Korman’s ruling from taking effect.

“The approval has the effect of ensuring that all of the plaintiffs in this case (including the youngest of them) now have access without a prescription and without significant point-of-sale restrictions to at least one form of emergency contraceptive containing levonorgestrel,” the Justice Department argued, referring to the active ingredient in Plan B.

The judge’s ruling clearly stated that Plan B should be available to everyone without a prescription and without government-issued ID. The Obama administration is not complying with that order. This doesn’t sound like the same Obama who, just last week, said in a speech to Planned Parenthood that he is a president “who is going to be right there with you, fighting every step of the way” on reproductive rights.

The administration’s latest position seems to be that lowering the age to 15 is a compromise. Yes, it is two years younger than the previous limit, and the FDA’s new guidelines would also mean Plan B is now available on the shelf and not only during pharmacy hours. But it still means that women will need to have some manner of government-issued ID to obtain it. Not every woman has that sort of ID—especially 15- and 16-year-olds that can’t yet drive and don’t have a passport, or simply don’t want to have a cashier know their names.

The Center for Reproductive Rights, which filed the lawsuit challenging the restrictions, said on Thursday that they will continue to press for universal access. “We are deeply disappointed,” CRR president Nancy Northup said in a call with reporters, pledging to “continue the battle in court to remove these arbitrary restrictions.”