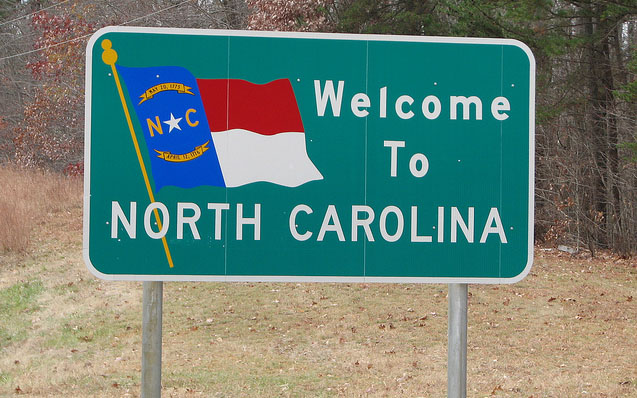 Art Pope is the conservative mega-donor in North Carolina whose millions helped usher in Republican majorities in both chambers of the state legislature in 2010, and who dropped millions more in 2012 to elect Republican Gov. Pat McGrory. Perhaps to say thanks, McGrory promptly named Pope, a former board member of the Koch-funded Americans for Prosperity group, the state‘s new budget director.

One of Pope’s pet causes has been killing North Carolina’s public funding program for judicial elections, an aim of his when he served in the state legislature. The NC Public Campaign Fund, as it’s known, provides judicial candidates with taxpayer money to fund their campaigns so long as they collect 350 or more small donations from registered voters and also abide by campaign spending limits. The program is popular: Since its launch in 2004, 80 percent of judicial candidates in contested race for state Supreme Court and North Carolina Court of Appeals have used it. In May, 14 of the 15 judges on Court of Appeals, judges who represent both parties, urged state lawmakers to preserve the program. “Our current system of nonpartisan judicial elections supplemented by public financing is an effective and valuable tool for protecting public confidence in the impartiality and independence of the judiciary,” the judges said.

North Carolina’s judicial public financing program gets its money from a $3 check box on state tax forms and a $50 annual fee paid by attorneys. The budget proposed by North Carolina Republicans would suck all the money out of the elections fund and eliminate its funding sources, a death blow to the program. But as Chris Kromm of Facing South writes, state Rep. Jonathan Jordan, a Republican, had a fix. He offered a budget amendment that would preserve the $50 attorney fee while still sucking out all the fund’s money and eliminating the taxpayer check-box. Although Jordan’s amendment would hurt the fund in the short term, the attorneys fees would replenish it over time. Other Republicans liked this idea.

That’s when Art Pope called in his chits:

Soon after Jordan’s amendment was filed the next day, the multimillionaire GOP donor and budget director for Republican Gov. Pat McCrory made a rare visit to the General Assembly and took Jordan aside. When the impromptu meeting with Pope ended, Jordan made an abrupt U-turn and dropped the amendment.

The amendment died—and with it chances of saving North Carolina’s pioneering judicial program.

Art Pope took a direct role in killing the landmark election reform measure even though his presence as budget director wasn’t needed, since Jordan’s amendment was revenue-neutral. His involvement highlights the unique power Pope holds as both a top campaign donor to state lawmakers and the highest ranking member of McCrory’s cabinet.

It also marks the culmination of a more than decade-long crusade by Pope to dismantle judicial public financing and other reforms that aim to curb the clout of big donors like himself in North Carolina politics.

Why, you might ask, would Jordan so easily abandon his amendment? Well, the money trail is a good place to start:

When Jordan first ran for office in 2010, he was one of two dozen Republicans that benefited from a flood of money Pope poured into elections, helping the GOP capture the state legislature.

That year, Jordan received $16,000 in campaign contributions from Pope and his close family, the maximum allowed by law. On top of that, three groups backed by Pope—Americans for Prosperity, Civitas Action, and Real Jobs NC—shoveled more than $91,500 into election spending on Jordan’s behalf, bringing Pope’s total investment in launching Jordan’s legislative career to more than $107,000.

But Pope’s connection to Rep. Jordan goes back even further. In the late 1990s, Jordan spent two years as research director at the John Locke Foundation, one of a network of conservative groups in North Carolina largely funded by Art Pope’s family foundation.

In an email to the News and Observer newspaper, Pope declined to comment on his talk with Rep. Jordan. “Of course the governor’s recommended budget proposed to stop giving taxpayer dollars to political campaigns,” Pope said. “That position has not changed, and I have stated this to the legislators, members of the public, and organizations such as Common Cause when they have asked about the issue.”

Episodes like these are what make North Carolina such a fascinating case study. On the one hand, you have Pope, an ideologue who gave handsomely to conservative causes for decades and now controls North Carolina’s budget. On the other, there is a progressive groundswell pushing back against Pope, McGrory, and the Republican majorities in the legislature. But in this case, the imminent death of North Carolina’s judicial funding program shows just how much clout a single donor can have.