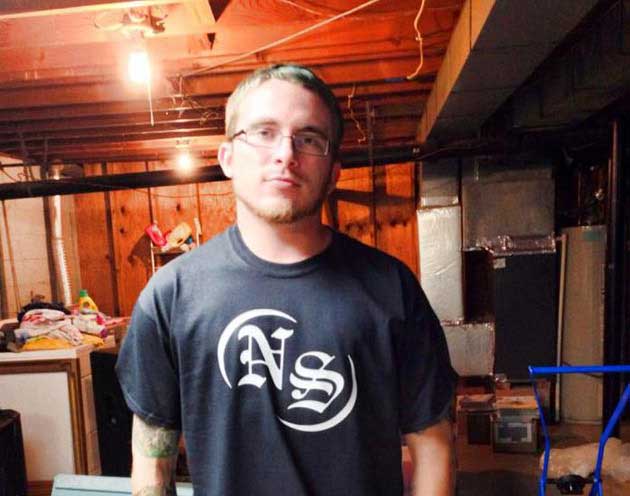 In April, the FBI quietly raided the home of the hacker known as KYAnonymous in connection with his role in the Steubenville rape case. Today he spoke out for the first time about the raid, his true identity, and his motivations for pursuing the Steubenville rapists, in an extensive interview with Mother Jones.

“The goal of the media interviews is to get the entire nation to say ‘fuck you’ to these guys,” said KYAnonymous, whose real name is Deric Lostutter. He was referring to the federal agents who raided his home in Winchester, Kentucky, and carted off his computers and XBox.

Lostutter may deserve more credit than anyone for turning Steubenville into a national outrage. After a 16-year-old girl was raped by two members of the Steubenville High football team last year, he obtained and published tweets and Instagram photos in which other team members had joked about the incident and belittled the victim. He now admits to being the man behind the mask in a video posted by another hacker on the team’s fan page, RollRedRoll.com, where he threatened action against the players unless they apologized to the girl. (The rapists were convicted in March.) 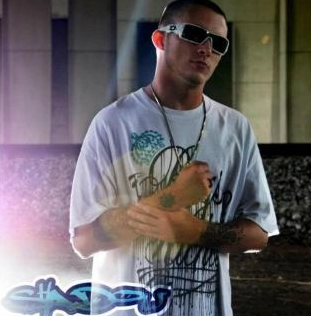 A 26-year-old corporate cybersecurity consultant, Lostutter lives on a farm with his pit bull, Thor, and hunts turkeys, goes fishing, and rides motorcycles in his free time. He considers himself to be a patriotic American; he flies an American flag and enjoys Bud Light. He’s also a rapper with the stage name Shadow, and recently released a solo album under the aegis of his own label, Nightshade Records. The name dovetails with that of his Anonymous faction, KnightSec.

Lostutter first got involved in Anonymous about a year ago, after watching the documentary We Are Legion. “This is me,” he thought as he learned about the group’s commitment to government accountability and transparency. “It was everything that I’d ever preached, and now there’s this group of people getting off the couch and doing something about it. I wanted to be part of the movement.”

He’d read about the Steubenville rape in the New York Times, but didn’t get involved until receiving a message on Twitter from Michelle McKee, a friend of an Ohio blogger who’d written about the case. (You can read her story here.) McKee gave Lostutter the players’ tweets and Instagram photos, which he then decided to publicize because, as he put it, “I was always raised to stick up for people who are getting bullied.”

The ensuing tornado of media coverage took him by surprise. He mostly avoided the spotlight, except for a brief interview that he gave to CNN while wearing his Guy Fawkes mask. “I was real scared,” but also inspired, he told me. “There were so many people standing behind the cause that it felt like you had an army at your disposal and you could just stick up for what’s right.”

Yet sometimes the Steubenville army seemed to lack discipline, ignoring the letter of the law as it pursued its own brand of justice. Lostutter says he played no role in the hacking the team’s fan page; he points out that another hacker, Batcat, has publicly taken the credit. Still, Lostutter knew from a tipster that the FBI was watching him, he says, and stopped tweeting a few months ago. The FBI knocked on his door just two days after he finally went back online.

At first, he thought the FBI agent at the door was with FedEx. “As I open the door to greet the driver, approximately 12 FBI SWAT team agents jumped out of the truck, screaming for me to ‘Get the fuck down!’ with M-16 assault rifles and full riot gear, armed, safety off, pointed directly at my head,” Lostutter wrote today on his blog. “I was handcuffed and detained outside while they cleared my house.”

According to the FBI’s search warrant, agents were seeking evidence related to the hacking of RollRedRoll.com.

“I’d do it again,” Lostutter says.

Lostutter believes that the FBI investigation was motivated by local officials in Steubenville. “They want to make an example of me, saying, ‘You don’t fucking come after us. Don’t question us.”

If convicted of hacking-related crimes, Lostutter could face up to 10 years behind bars—far more than the one- and two-year sentences doled out to the Steubenville rapists. Defending himself could end up costing a fortune—he’s soliciting donations here. Still, he thinks getting involved was worth it. “I’d do it again,” he says.

Without further ado, here’s the music video for “Hear ‘Em Talkin,’ by Shadow: