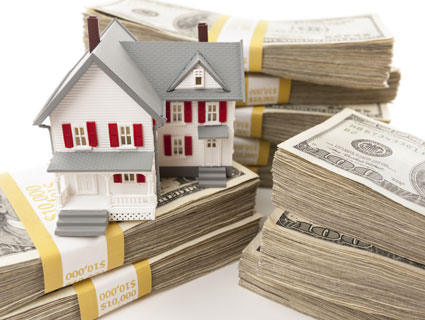 Financial reformers cheered this week’s news that Wall Street banks were unable to find buyers for a certain type of risky financial product—called a synthetic Collateralized Debt Obligation, or synthetic CDO. But if you think the big banks have given up on slicing and dicing crappy loans and semi-magically turning them into higher-rated, supposedly safer securities, think again. There’s still plenty of that happening.

CDOs are types of derivatives—financial products with values derived from underlying variables. With many CDOs, the underlying variable in question is the stream of payments from a group of bundled loans. Synthetic CDOs, the products that the banks were unable to sell, are different from standard CDOs in a key way. This is complicated, so bear with me: Instead of being based on streams of payments from loans, their value is instead based on payments from insurance policies on those loans.

Here’s a simplified explanation of what’s happening in a synthetic CDO. To make a synthetic CDO, someone—let’s call this Person A—has to have taken out what is essentially an insurance policy (called a credit default swap) against the possibility that a grouping of loans will default. Person A is betting that those loans will default. If they do, Person A gets paid; until then, he or she has to make premium payments. To make a synthetic CDO, a bank mashes together the premium payment streams from a bunch of these insurance policies. Generally, banks don’t hold on to these products. Instead, they sell them to investors. For simplicity, we’ll assume Person B buys the entire synthetic CDO. (In reality, it’s broken up into several pieces, which are usually sold to different investors.) Person B is betting that the loans won’t default and that Person A will have to keep making premium payments.

Here’s the problem. Person A has a huge advantage in this transaction because he’s picking the loans he wants to bet against. He can cherry pick the crappiest pile of loans and bet only against them. Person B, the person who owns the synthetic CDO, is taking the other side of that bet. Person B is not simply buying a pile of loans. He’s betting on a group of loans that Person A has already bet are going to turn out to be worthless. And that’s why the Person Bs of the world are now so wary: they realize that the Person As might know something they don’t.

The good news is that the banks haven’t been able to find anyone to take the synthetic CDO bet quite yet. But synthetic CDOs, while perhaps the most notorious of the products involved in the financial crisis, weren’t the only problem. One of the big underlying issues that led to the crisis was that slicing and dicing loans and selling them off in chunks made them appear less risky to ratings agencies and investors than they actually were. But banks still do that slicing and dicing all the time. Taking the payment streams from a bunch of loans and mashing them together into a standard CDO is still big business for the banks, and there are plenty of buyers. So far in 2013, $38 billion worth of CLOs—CDOs based on business loans—have been sold in the US. That’s up from $15.6 billion in the same period last year, according to numbers from the Royal Bank of Scotland cited in the Wall Street Journal earlier this month. Maybe this time the borrowers of the underlying loans are more likely to pay them back, or the ratings agencies have done a better job of assessing how risky each CDO is. Wanna bet?