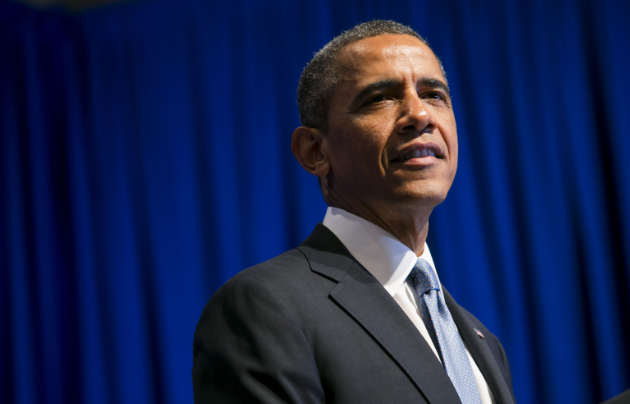 President Barack Obama delivered a major address Wednesday at Knox College in Galesburg, Illinois, in which he laid out a wide-ranging plan to get the still struggling American economy raring again, and called on Republicans to drop their obstructionism and play along. Here are four takeaways from the speech:

Obama laid out a broad plan to create new jobs and train American workers: Obama said he will push initiatives to help manufacturers bring jobs back to America, and “continue to focus on strategies to create good jobs in wind, solar, and natural gas that are lowering energy costs and dangerous carbon pollution.”

The president also emphasized the importance of education and job training in bolstering the American workforce. He said he would continue to push for universal preschool, and added that “federal agencies are moving on my plan to connect 99 percent of America’s students to high-speed internet over the next five years.” He also reminded the audience that Congress is closing in on a plan to lower student loan interest rates.

The president will circumvent Congress if he has to: In the face of an obstinate Congress, Obama said that he would reach out to the American people in speeches over the coming weeks to win them over to his side and get them to pressure their representatives. “Over the next several weeks, in towns across this country, I will engage the American people in this debate,” he promised. Obama vowed to use his own executive authority, too, to push the economy forward, and said he’d also “pick up the phone and call CEOs, and philanthropists, and college presidents—anybody who can help—and enlist them in our efforts.”

Obama warned Republicans against creating another budget crisis in the fall: Congress and the president have to agree on a new budget by the end of the fiscal year in September, and in October or November, the government could hit the debt ceiling, the limit on government borrowing that has given Republicans leverage in the past. House Speaker John Boehner (R-Ohio) has said that any increase in the debt ceiling has to be accompanied by spending cuts. But the the White House, which wants more spending on things like education and infrastructure and an end to sequestration cuts, has said it won’t bargain with Congress again over raising the debt ceiling. In the speech, Obama warned Republicans in Congress against “manufactur[ing] another crisis…just as the economy is getting traction.”

Obama said the P-word: Poverty. “As we work to strengthen these cornerstones of middle-class security, I’m going to make the case for why we need to rebuild ladders of opportunity for all those Americans still trapped in poverty,” the president said, vowing a push to rebuild rundown neighborhoods and to continue to fight to raise the minimum wage. Obama added that he would “keep focusing on health care,” despite Republicans fighting tooth and nail to kill his signature health care law, “because middle-class families and small business owners deserve the security of knowing that neither illness nor accident should threaten the dreams you’ve worked a lifetime to build.”