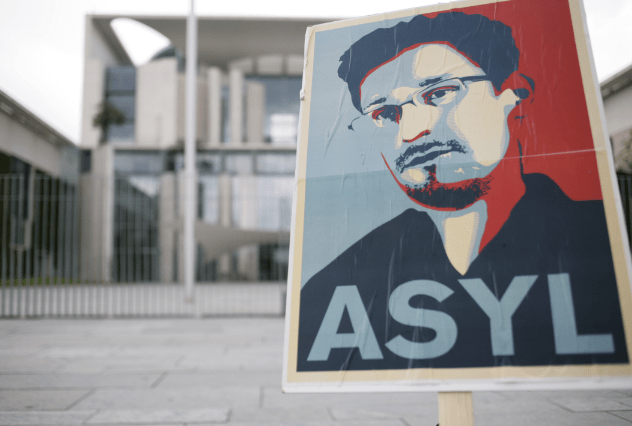 On Tuesday, WikiLeaks hinted that former NSA contractor Edward Snowden may soon begin his journey to a country willing to grant him asylum. The group tweeted cryptically that “the first phase of Snowden’s ‘Flight of Liberty’ campaign will be launched” today. As of this afternoon, WikiLeaks has provided no additional information about what that entails. Here are eight questions we have about Snowden’s “Flight of Liberty”: 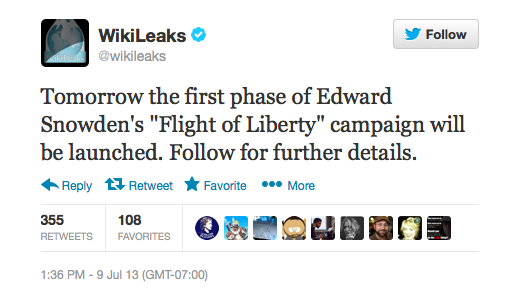 1. Where is Snowden going?
Venezuela, Nicaragua, and Bolivia have offered Snowden asylum. Venezuela looks like the most likely option, but it’s unknown whether he has accepted any of the asylum offers he has received. Snowden applied for asylum in at least 21 countries, and several have still not publicly responded, including China and Cuba.

2. How will he get there?
As we reported yesterday, Snowden’s best bet is a chartered plane, which can fly a route that will avoid crossing airspace belonging to the United States or one of its allies. However, Snowden could still risk flying to Venezuela, Bolivia, or Nicaragua commercially, or even go by boat. Of the boat option, former CIA analyst Allen Thomson says: “I don’t think he’d go from St. Petersburg through the Baltic and out to the Atlantic, as that gets him too close to US-friendly territory. Leaving from Murmansk and then going down the Norwegian Sea, North Atlantic, and on to Caracas, maybe.”

3. Will there be a movie on his flight?
If Snowden flies commercial to Latin America, he will have to take the Russian airline Aeroflot, where he can choose between these movies that are currently playing onboard: Stoker (review), Trance, Jack the Giant Slayer, War Horse, G.I. Joe: Retaliation, and A Good Day to Die Hard (review).

4. Does Snowden speak Spanish?
It is unknown if Snowden speaks Spanish or another foreign language. His letter to the president of Ecuador requesting asylum was written in Spanish, but it’s unclear if he wrote it.

5. Who is bankrolling Snowden’s escape?
WikiLeaks has reportedly been helping Snowden out financially. But according to the Daily Beast, WikiLeaks raised only $90,000 in 2012—though the group has been receiving about $1,300 per day in donations since it began assisting Snowden. That’s still not enough to cover the cost of a private jet. None of the countries who have offered Snowden asylum have said they would foot the bill for his transportation.

6. Where has he been all of this time in the airport?
According to the Washington Post, Snowden “has made himself lost for [days] in a mile-long transit corridor dotted with six VIP lounges, a 66-room capsule hotel, assorted coffee shops, a Burger King and about 20 duty-free shops selling Jack Daniel’s, Cuban rum, Russian vodka and red caviar.”

7. Have the Russians or the Chinese obtained information from Snowden’s laptops?
Snowden is reportedly carrying numerous laptops. An unidentified official told the New York Times that China has hacked into Snowden’s laptops and taken all of the contents, but Snowden told the Guardian this week that “I never gave any information to either government, and they never took anything from my laptops.”

8. How far will the United States go to extradite him?
President Obama said recently that “we’re not scrambling jets to get a 29-year-old hacker” but Thomson, the ex-CIA analyst, notes he “sure wouldn’t bet against” the idea of the United States going out of its way to ground a plane that flies over US airspace.