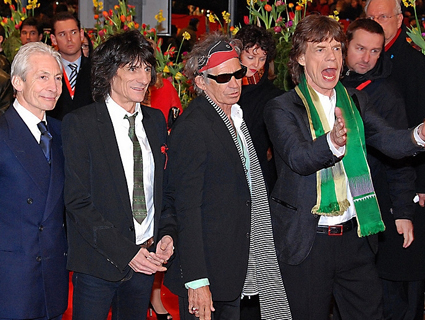 On Monday, April Ryan of American Urban Radio Networks posted a new list of famous recording artists who have supposedly joined Stevie Wonder‘s celebrity campaign protesting Florida’s controversial Stand Your Ground law. In the wake of the not guilty verdict in the trial of George Zimmerman, Wonder announced a boycott of Florida and any other state that has a Stand Your Ground law on the books. The new list includes over 20 names, such as Usher, Rod Stewart, Madonna, Kanye West, Rihanna, R. Kelly, Wale, Jay Z, and the Rolling Stones. Ryan’s original post, which has since been updated, cites a “source close to Stevie Wonder,” and does not specify which artists are joining the Florida boycott, and which are opting for something lighter (protesting, issuing a statement, signing a petition, or whatever).

Ryan’s report was picked up by various news outlets and websites (including The Hill, Us Weekly, TheWrap, and Alan Colmes’ Liberaland), many of which interpreted this to mean that these artists had agreed to a boycott of the Sunshine State. But for now at least, it seems this roster of celebrities warrants greater scrutiny. Though some of the listed artists have indeed expressed outrage and support for Trayvon Martin’s family, that doesn’t mean they’re necessarily blacklisting Florida. For instance, a source with knowledge of the situation has denied that Rihanna is joining Wonder’s boycott. And when I talked to Fran Curtis, spokeswoman for the Rolling Stones, she said she was “not aware of this,” and hadn’t been until Mother Jones contacted her. When Curtis contacted representatives for the band in the UK, they responded by saying, “nobody’s heard anything about this.” (A number of industry sources also cast doubt on other portions of the list, but would not specify which exactly at this time.)

But even if the legendary British rock band isn’t participating in a Florida boycott, that isn’t to say that the Stones (mainly Mick Jagger) aren’t political. Along with classics like “Street Fighting Man,” the band has released recent politics-driven tracks like 2005’s “Sweet Neo Con” and 2012’s “Doom and Gloom,” the latter of which riffs on fracking and US-led foreign war. Furthermore, when Jagger hosted Saturday Night Live, he performed a 2012 election-themed blues song with guitarist Jeff Beck, and sang about Mitt Romney and campaign finance.

Stevie Wonder’s publicist has not responded to Mother Jones‘ request for comment. I have reached out to representatives of other listed artists and will update if I get any responses.

We question the validity of this list since Alicia’s name along with many others has appeared erroneously.