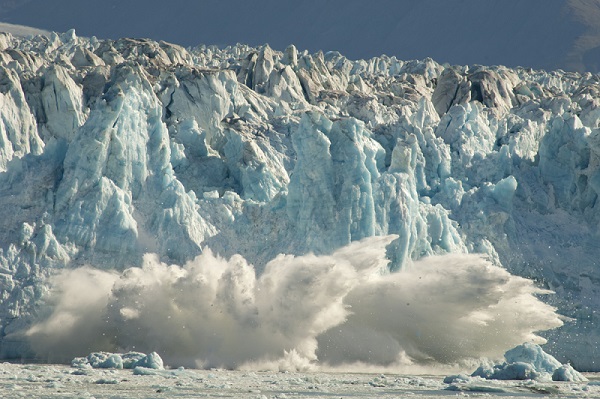 Even though more than a month remains until an official release, Reuters is now reporting on a leaked draft of the United Nations’ Intergovernmental Panel on Climate Change’s Fifth Assessment Report. The report, the first in six years by the international body, is considered the definitive scientific take on climate change (although it is sometimes faulted for being too conservative, and quickly becomes out of date).

Previous IPCC reports have made news for a variety of reasons. The 2001 report, for instance, declared it “likely” (e.g., a 66 percent probability; explanation here) that most of the observed warming that the planet has seen is caused by humans. The 2007 report upped that assessment to “very likely” (a 90 percent probability); and now, according to Reuters, scientists are giving us a 95 percent confidence in this central conclusion of modern climate research. That appears to be the chief headline that will be emerging from the IPCC this time around.

Another bombshell reportedly contained in the draft: The IPCC will now label the phenomenon of sea level rise “unequivocal” and increase prior estimates of projected sea level during this century.

IPCC reports are, invariably, attacked upon release by climate skeptics, who seek to cast doubt on some or all of the findings. Based on the Reuters report, those seeking a soft underbelly this time will know where to look: The report validates the increasingly popular skeptic claim that the rate of increase in global temperatures has “slowed” since 1998. In other words, temperatures are still going up, just not necessarily as quickly as previously.

The new report, Reuters says, offers only “medium confidence” that scientists understand the reasons for this slowing. Causes cited include the possibility that the oceans are taking up more heat, that volcanic eruptions (which tend to produce cooling) may be providing a partial offset to temperature rise, contributing too cooling, or that the climate itself has a lower “sensitivity” to greenhouse gas emissions than previously proposed. (For an explanation of why skeptics’ arguments about the global warming “slowdown” are misleading and should not offer any consolation, see this explainer from Skeptical Science.)

According to Jonathan Lynn, who is head of communications at the IPCC, the organization expects that leaks will occur because report drafts wind up in so many different hands. Lynn cautions that “there’s no question that the final report will not be the same as the drafts.” Indeed, for the upcoming 15-page “Summary for Policymakers,” requested changes are myriad. “We’ve received about 1,800 comments from governments, which will have to be taken into account in the approval sessions coming up in September,” says Lynn.

But will any of that reverse the scientific community’s overwhelming conclusion that global warming is human-caused?