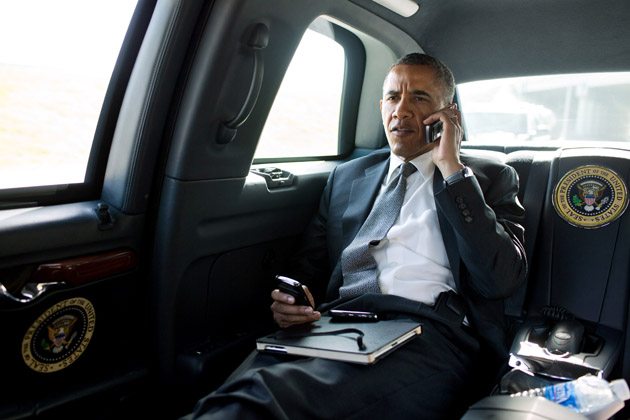 On Friday afternoon, President Obama held a press conference where he promised to bring increased transparency to the NSA’s digital surveillance programs. He announced a series of proposed reforms to the way the NSA collects data and to how the secret Foreign Intelligence Surveillance Court (FISC) operates, along with plans to convene a group of “outside experts to review our entire intelligence and communications technologies.”

US Sen. Ron Wyden, D-Ore., has been one of the biggest thorns in the administration’s side when it comes to raising questions about how mass surveillance programs threaten civil liberties. After the president’s remarks, he said that he was encouraged by Obama’s suggestions, several of which the Senator and others have been pushing to get for years.

The press conference came on the heels of the Guardian‘s latest scoop based on documents it obtained from former NSA contractor Edward Snowden. Contrary to President Obama’s oft-repeated claim that Americans’ data is protected from warrantless bulk collection and analysis, the paper reported on Friday morning that the NSA can access US citizens’ email and phone calls without a warrant using a “secret backdoor into its vast databases.”

While Wyden said he appreciated Obama announcing his support for reforming the section of the Patriot Act that the government has secretly interpreted to justify gobbling up millions of Americans’ records, and praised his plan to make proceedings at the foreign intelligence court more adversarial, the senator pointed out areas where he thought the president didn’t go far enough.

“Notably absent from President Obama’s speech was any mention of closing the backdoor searches loophole that potentially allows for the warrantless searches of Americans’ phone calls and emails under section 702 of the Foreign Intelligence Surveillance Act,” Wyden said, referring to the program most recently disclosed by the Guardian. “I am also concerned that the executive branch has not fully acknowledged the extent to which violations of the FISC orders and the spirit of the law have already had a significant impact on Americans’ privacy.”

While Obama said at the press conference that he had been pushing for reform all along, he maintained that Snowden was no “patriot,” even though he conceded the disclosures may have sped up the process. (The administration had revealed very little about NSA surveillance until Snowden’s leaks forced its hand.) In a recent interview with Mother Jones, Wyden criticized the administration for leaving the American public in the dark for so long.

“I feel very strongly, very strongly, that this debate should have begun long, long ago by government officials, by members of Congress and the White House rather than by a contractor,” Wyden said.