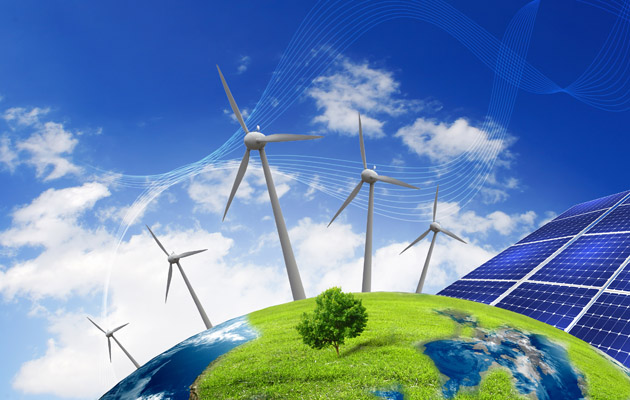 Renewable energy has gotten tantalizingly close to becoming competitive with conventional fossil fuels, and to help bridge the gap, more than 30 states have passed laws requiring energy companies to supply a minimum amount of power from green sources. But according to a new study, if renewable sources are built in the right places, they could compete against traditional power plants without subsidies, turning states like California, Wyoming, and New Mexico into green energy powerhouses.

The new report from the National Renewable Energy Laboratory has identified the most likely candidates for large scale renewable energy projects in the west, theoretically pitting the costs against what energy would cost from a new natural gas-fired plant. “Renewable energy development, to date, has mostly been in response to state mandates,” said David Hurlbut, the report’s lead researcher. “What this study does is look at where the most cost-effective yet untapped resources are likely to be when the last of these mandates culminates in 2025.”

So what can you expect? And where? Here’s what the study says:

Wyoming and New Mexico are both primed to become major exporters of wind power, according to the study’s authors. With “large amounts of untapped, developable, prime-quality wind potential” the two states have waiting markets in California, Arizona, and Utah. By 2025, New Mexico could be producing twice the amount of renewable energy as its required to, meaning it could start selling it to other states.

Solar power is going to take over California, Arizona and Nevada. California has required that a third of all power in the state must come from renewable sources by 2020, meaning the state is planning on more than doubling the amount of renewable energy it produces. Arizona, which already exports 77 percent of its solar energy, is already building two more major solar projects, with more on the way. Solar accounts for about a quarter of the state’s renewable production now, but when the new projects come online, that figure is expected to jump to account for more than half. Nevada’s combined geothermal and solar resources could provide four times what the state needs to meet its renewable requirements. Its geothermal market is already established and provides about three quarters of the state’s renewable energy. But two big new solar projects could shift the scales.

Idaho is one of a dwindling number of states that doesn’t have renewable portfolio standards—13 percent of its power already comes from renewable sources, not including the 73 percent that comes from hydroelectric generators. But Idaho has readily accessible and yet untapped geothermal resources, and, according to the report, the state is primed to start exporting.