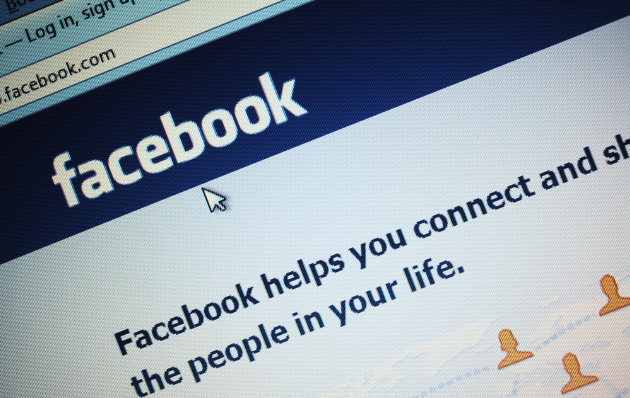 It’s already well known that Facebook and other social media networks harvest user data and sell it to companies that use that info to peddle their products to consumers. But some lenders have begun to find a new use for this information, scrutinizing Facebook, Twitter, and LinkedIn data to determine the credit-worthiness of loan applicants. It’s an unprecedented practice that consumer advocates say can be unfair or discriminatory—and one that is poised to only become more prevalent in the years ahead.

Among the US-based online lenders that factor in social media to their lending decisions is San Francisco-based LendUp, which checks out the Facebook and Twitter profiles of potential borrowers to see how many friends they have and how often they interact; the company views an active social media life as an indicator of stability. The lender Neo, a Silicon Valley start-up, looks at the quality and quantity of an applicant’s LinkedIn contacts for clues to how quickly laid-off borrowers will be rehired. Moven, which is based in New York, also uses information from Twitter, Facebook, and other social networking sites in their loan underwriting process.

Several international lenders have been using similar tactics for a while. Lenddo, for example, which makes loans to folks in developing countries, denies credit to applicants who are Facebook friends with someone who was late repaying a Lenddo loan. Big banks have not yet jumped on board with this controversial credit-vetting method, but consumer advocates and financial industry experts say it’s probably only a matter of time.

Companies like Neo and LendUp seized an opening in the market to provide low-income borrowers, who may lack bank accounts or have bad credit, an alternative to payday loans. Though credit-worthiness is typically based on factors like employment, finances, and whether you make your credit card payments on time, these companies argue that they are able to serve borrowers that traditional banks deem risky because they are able to evaluate credit risk based on more subtle social media-based indicators.

The problem, consumer advocates say, is that because there are few regulations governing this new way of grading borrowers’ trustworthiness, applicants can be subject to unfair and discriminatory decisions by lenders.

The Fair Credit Reporting Act (FCRA) and the Equal Credit Opportunity Act (ECOA) are the two main laws that ensure companies’ collection and use of consumer credit information is fair. But it is unclear if lenders’ use of social media data is covered under the FCRA; the Federal Trade Commission, which oversees compliance with the law, declined to comment on whether the law applies to these new tactics. And consumer watchdogs say the ECOA does not cover new forms of discrimination created by the Internet.

“It’s a financial data wild west out there,” says Jeff Chester, executive director of the Center for Digital Democracy. “There are no rules.”

That means there’s no way to tell if lenders who judge you based on your Facebook page are judging you fairly. LendUp CEO Sasha Orloff told Time last year that an active social media life and a “strong, close geographic network” are indicators that a borrower will repay his or her debts.

But then again this might reveal less than companies like LendUp think, consumer advocates counter. “For you and I to call each other friends in the real world, we’d have to hang out a lot,” says Ashkan Soltani, an independent expert on consumer privacy issues and behavioral economics. But “I might follow you on Facebook because you post funny cat pictures.”

Neo’s use of social media presents a similar issue. The company measures the quality of applicants’ LinkedIn connections to gauge their employability. But a LinkedIn profile is not necessarily indicative of the entirety of a person’s professional connections.

These new-fangled lenders may also be discriminating against applicants who essentially appear socially undesirable, experts say. Federal law protects consumers from lending policies that discriminate based on factors like race, gender, and sexuality. But discrimination law does not yet cover people who are unpopular.

“There’s a general risk caused by using personal information to clarify and sort people and determine who is a high-value consumer and who is not worth engaging with,” says David Jacobs, the consumer protection counsel at the Electronic Privacy Information Center. Even if the tactics are technically legal, they can constitute a form of “digital redlining,” he says, referring to the practice of banks refusing to issue loans in poor or minority neighborhoods.

Neo, LendUp, and Moven did not respond to requests for comment. Jeff Stewart, the CEO of Lenddo, which operates in developing countries and is not governed by US law, defended the use of social media to assess borrowers. He said Lenddo’s ability to extend credit to people who would otherwise be ineligible outweighs the risk that the company’s credit decisions could be inaccurate. “We are willing to take the risk to help,” he said. “Lenders should be looking for ways to use technology to responsibly lend.”

At the moment, there’s not much loan applicants can do if they believe they’ve been turned down for unfair or discriminatory reasons by LendUp, Neo, or Moven. Because of the regulatory “wild west” these companies exist in, there is no law saying the companies have to tell rejected applicants the social media factors that weeded them out. If a consumer’s credit score drops, federal law requires that the credit reporting agency provide hard information on the exact reason behind the change—she didn’t pay a bill, or maxed out a credit card. Consumer advocates say that lenders that make credit determinations based on Facebook or Twitter data should also be covered by this law, and be forced to provide specific reasoning behind a credit rejection. As of now, though, they are not. If a company like LendUp rejects you, “What is going to be your recourse?” Jacobs says. “That is something that is going to have to be addressed, otherwise you’re going to have lots of people who are negatively affected, but who don’t really have any way of meaningfully finding out what happened or responding to it or challenging it.”

The newly-formed Consumer Financial Protection Bureau says it is currently monitoring lenders who use non-traditional data to assess loan applications. The FTC declined to comment on whether it is evaluating such companies.

New protections governing how lenders use social media data in loan applications will be essential going forward because the new credit-grading tactic is here to stay, consumer advocates insist, and will only become more common. Big banks are wary for now; the head of social media for Citibank told the Economist in February that using Twitter or Facebook data to assess loan applicants is “a dangerous game.”

But, says Persis Yu, an attorney at the National Consumer Law Center, “I wouldn’t be surprised if it didn’t catch on in the future. My guess would be that big banks are waiting to see how these other companies do.”