Update: The dudebros (or bro singular, as the case may be) have posted a Facebook response to the social media uproar over their party. “It can be hard to please the whole world and the different cultures, values and beliefs that exists,” they say, adding that they suspect rival hackerspaces are secretly behind all the negative attention they’re getting. 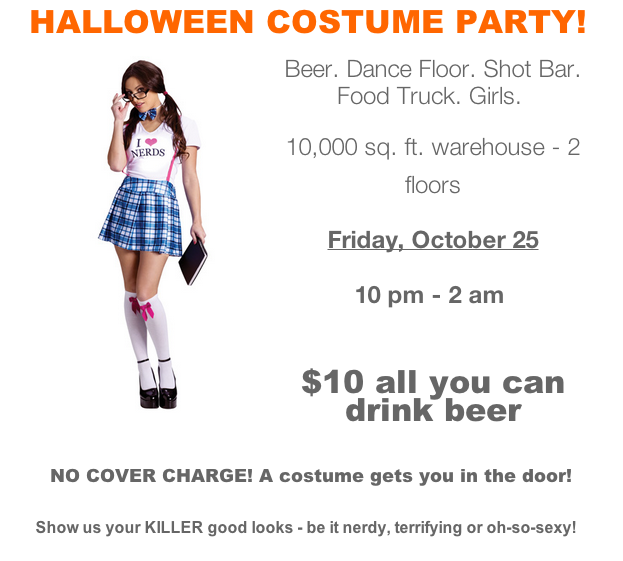 From the Eventbrite invitation

Another week; another boneheaded attempt at misogynistic humor in the tech community. A startup office in San Francisco is throwing a costume party this weekend. The theme is “Hackers and Hookers,” and the invite promises beer, a food truck, and “girls.” Will the girls be for sale at the food trucks? It’s not clear, and neither is the identity of the dudebros behind this ill-advised mess. They’re associated with something called Hacker Hideout, a startup co-working space in San Francisco, which, judging by the photos on its website, is less appealing than some really sad Craigslist apartment ads I’ve seen. (There’s a shot of a bare mattress on the floor, inviting “thinkers and builders, tech lovers and business moguls” to consider working—or even living!—at the Hideout.)

To be sure, the tech world’s gender and sexism problems are much bigger than this eyeroll-worthy but ultimately laughable affair. But it points to an ongoing concern voiced by some in tech circles that the pervasiveness of alcohol-fueled Silicon Valley meetups and boozy conference after-parties are creating unsafe environments for women in the industry. Especially when they’re tinged with the brogrammer-y “work hard, play hard” frathouse tech culture I’ve written about before. Earlier this month, a young web designer named Justine Arreche came forward with an account of an alleged sexual assault by her boss at the time, a well-known member of the Ruby programmer community, during a party at the CodeMash developer conference. Her post (which she has since taken down, after receiving rape threats and death threats online) was widely circulated on social media, with several commentors suggesting that the Ruby community writ large might have a drinking problem.

In her original post, Arreche wrote of the pressure she felt to join in at the party, toss back drinks, even agree to let her coworkers do body shots with her at the center. “I just wanted to prove myself as one of the gang,” she wrote. “Someone who was up for anything. I cannot explain to men how hard it is being a woman trying to play it cool in an industry of men.” It certainly doesn’t help when women are depicted as party favors and window dressing at events like “Hackers and Hookers.” This affair is certainly small potatoes, but it’s part of tech’s big, heaping gender mess.