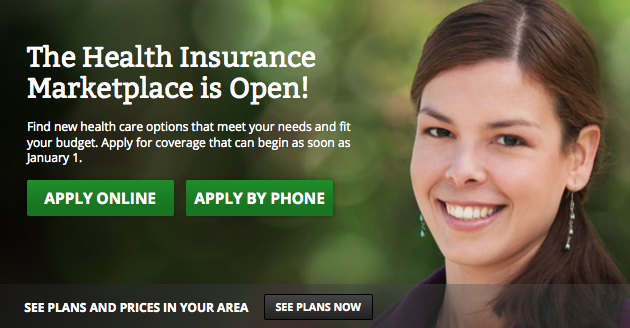 On Thursday morning, Republicans on the House energy and commerce committee held a hearing about what is wrong with the federal health insurance exchange site, who is responsible, and what needs to be done to fix it. In attendance was Cheryl Campbell, the senior vice president at CGI Federal, the main contractor building the website, as well as three other top executives from smaller contractors working on the federal insurance site. Although members of Congress managed to pry some key information out of the witnesses—the contractors, predictably enough, pinned blame on the Department of Health and Human Services (HHS) for failing to adequately test the whole system early enough—a good part of the hearing was devoted to partisan bickering, sometimes only tangentially related to the problem-plagued website.

Here are four topics addressed in Thursday’s hearing that had nothing to do with fixing healthcare.gov:

1. Delay Obamacare, because why not: The GOP failed in its effort to delay Obamacare by shutting down the government and threatening default. But Republicans are not dissuaded. Some, like Sen. Marco Rubio, (R-Florida), have suggested delaying the individual mandate for six months because of the problems with the website. Rep. Joe Pitts (R-Penn.) and other Republicans at Thursday’s hearing echoed this proposal. (The White House already announced Wednesday night that it will compensate for the delays caused by the website by giving Americans up to six extra weeks to sign up for insurance.)

2. Obamacare Could Steal Your Data: Both Rep. Marsha Blackburn (R-Tenn.) and Rep. Joe Barton (R-Tex.) used the hearing to heap another healthy dose of Obamacare fear-mongering on Americans. Barton said that Obamacare violates the Health Insurance Portability and Accountability Act (HIPAA), the law that protects Americans’ personal medical information, because Healthcare.gov requires applicants to enter personal information into site. “Do you think that should be a requirement to sign up for Obamacare?” Barton demanded of the contractors. “You know [that’s] not HIPAA compliant… It’s a direct contradiction of privacy and you know it!”

Except that the health insurance website only asks for very basic personal data, not medical information. “There is no health information in the process,” Rep. Frank Pallone (D-N.J.) snapped in response. “You’re asked about your address, your date of birth. You are not asked health information. So why are we going down this path? Because you are trying to scare people so they don’t apply, and so therefore the legislation gets delayed, or the Affordable Care Act gets defunded, or it’s repealed. That’s all it is, hoping people won’t apply.”

Blackburn raised the HIPAA issue, too, asking if all the contractors had been trained in HIPPA compliance, if they have physical access to HHS’s databases, and how many separate servers were being used to store Americans’ medical information.

3. Remember the Government Shutdown?:  Toward the end of the four-and-a half hour hearing, Rep. David McKinley (R-W.Va.), expressed annoyance that he had not yet heard an apology from any of the contractors for screwing up uninsured Americans’ ability to finally get health coverage. “I’ve not heard the word I’m sorry,” he said. “I know men have a hard time saying that, but the whole panel.” Rep. Henry Waxman (D-Calif.), the top Democrat on the committee, jumped at the opportunity to skewer Republicans over the government shutdown. “Can we get an apology for shutting down the government because people didn’t like the health care bill?” he asked.

4. What About Climate Change?: Campbell of CGI and the representatives for the other website contractors divulged as little information as they possibly could about the missteps and confusions that contributed to a barely functioning health exchange website. Committee members asked how many total applicants had registered so far through the site, what kind of hacking protections each contractor uses, and who exactly at HHS was in charge of ensuring that the website was adequately tested before the launch date. Each time Republicans received an “I don’t know” from the contractors, they demanded the information be furnished by “9 a.m. tomorrow.”

In response, Waxman noted that he and fellow energy and commerce committee member Rep. Bobby Rush (D-Ill.) have asked Republicans on the committee numerous times to hold climate change hearings, and said it would be nice if GOP committee members would respond to their requests by “9 a.m. tomorrow,” too. In the last Congress, Waxman and Rush sent 21 letters to Chairmen Fred Upton (R-Mich.) and Ed Whitfield (R-Ky.) requesting that the committee hold hearings on climate change, and received no response. In the current Congress, Waxman and Rush have sent seven letters requesting hearings on this topic, and the committee has held one hearing.