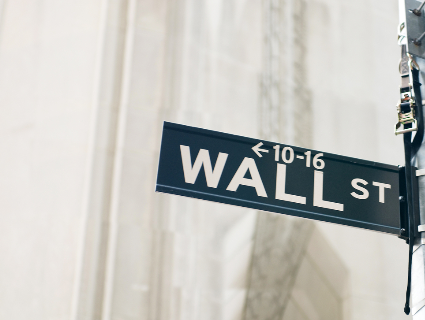 In August, Mother Jones broke the news that a letter signed by 32 progressive House Democrats that pushed to weaken protections for millions of Americans’ retirement accounts had been written by a financial industry lobbyist.

Since then, those Dems must have had a change of heart. On Tuesday, nearly all of them flip-flopped, and voted against a House bill that would have undermined the same safeguards the letter opposed.

Here’s some background, which was covered in our August report: The Department of Labor, which oversees the law that sets minimum standards for many retirement plans, is considering a rule that would simply require retirement investment advisers to act in the best interest of their customers. The letter, which was signed by 28 out of the 43 members of the Congressional Black Caucus (CBC)—a group of lawmakers that advocates for low-income people and minorities—and four other Democratic lawmakers, sought to delay and weaken the rule. Consumer advocates and government officials argued the rule could provide much need protection for small investors:

The current law doesn’t do enough to prevent unscrupulous investment brokers from parking Americans’ hard-earned cash in high-fee investments that benefit themselves, even if it’s not in their customers’ best interests, argues Barbara Roper, director of investor protection at the Consumer Federation of America…

The bill that passed the House on Tuesday by a largely party-line vote would, just as the letter urged, also have delayed and weakened the rule. But negative attention to the lobbyist’s letter (our scoop was noted by MSNBC’s Chris Hayes, among others) may have helped change some of the Democrats’ minds.

Only two of the letter-signers voted with Wall Street: Reps. Gwen Moore (D-Wisc.) and Jim Costa (D-Calif.). A short time ago, the letter and other sources suggested at least 60 Democrats would support the bill; in the final tally, only 30 supported it. This was a “shockingly bad vote for Wall Street,” one House staffer said.

Even though the vast majority of its signatories voted against the bill, the lobbyist-written letter was still being used to win over Democrats in the last hours. According to an email reviewed by Mother Jones, Rep. Patrick Murphy (D-Florida), who co-sponsored the bill with Rep. Ann Wagner (R-Mo.), circulated it to Democratic staffers just before the vote Tuesday, as evidence of Democratic support for the bill.

Despite the House bill’s passage, the investment industry’s chances of delaying the rule through legislative action are slim: the Democratic-controlled Senate is unlikely to pass the measure, and the White House is also opposed. And on Tuesday, Wall Street found out that its influence among House Democrats wasn’t as strong as they’d once thought.