The rollout of the Obamacare’s flagship website has been…less than pleasant, to put it politely. Healthcare.gov, the online portal that uninsured customers were supposed to use to buy insurance plans, is barely functional. Users are often shut out before they’re able to view available plans, let alone complete a purchase. Last week, the Obama administration released numbers on Healthcare.gov’s total sign-ups during its first month of operation. The results were dismal. Overall, a little more than 106,000 people have signed up for new private insurance plans—and just 27,000 of those people used the federal website to do so.

The Obama administration set the end of November as its deadline to get the website running at full speed. That’s an overly optimistic goal—complications are likely to persist into December. But hope is not lost. The White House may tout Healthcare.gov as the premier method to buy insurance. But there are a few workarounds out there.

Follow our six-point guide if you think you want Obamacare but don’t want to deal with Healthcare.gov (you can use the following menu to jump down if you like):

Do I have to use that God-awful website? Is my state offering another online option?

If you live in California, Colorado, Connecticut, the District of Columbia, Hawaii, Kentucky, Maryland, Massachusetts, Minnesota, Nevada, New York, Oregon, Rhode Island, Vermont, or Washington, congratulations! Your state decided to set up its own exchange, so you can bypass Healthcare.gov entirely. 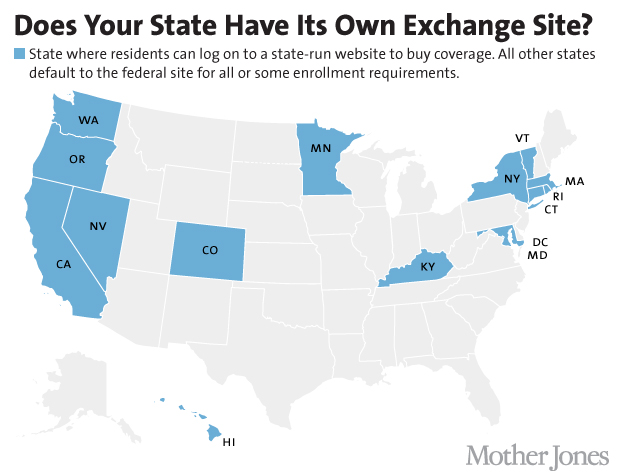 I already get insurance through my job. Do I need to do anything?

Do not pass go, do not log on to Healthcare.gov. Most Americans, about 55 percent, get insurance through work, and Obamacare leaves the basics of that system largely untouched.

I’m broke. What are my options? Would I qualify for Medicaid or subsidies?

If you’re at or below 133 percent of the federal poverty line ($32,500 for a family of four or $15,800 for an individual) you might now qualify for Medicaid even if you haven’t in the past. As written, the Affordable Care Act would have expanded Medicaid eligibility to the entire country, but the Supreme Court granted states the ability to opt out of the expansion contained in the law. Twenty-five states have decided to reject the expansion. Republican governors and legislatures have protested Obamacare, refusing to take the federal government’s money.

This page on the functioning portion of Healthcare.gov will let you know if you qualify for Medicaid and show you where to go to fill out an application.

Obamacare also offers tax subsidies for most middle-income consumers. Enter your income on this tool created by the Kaiser Family Foundation to figure out what sort of subsides are available.

Via: The Advisory Board Company 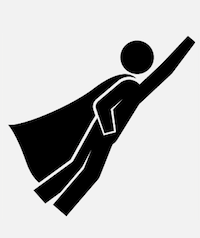 ?I’m young and healthy! Do I need to do anything?

If your parents have insurance, you should be able to stay on their plan until you turn 26. But Obamacare is really counting on young people to buy insurance on the marketplaces—premiums will become too costly if it’s just older, sicker people in the exchanges. And if you’re a young person without insurance, remember: Your odds of needing to going to the hospital may be low, but your odds of being financially ruined if you have to go to the hospital without insurance are extremely high.

I’ve been booted from a plan on the individual market. Now what?

First, take a deep breath. Those cancellation letters might look scary, but it’s actually not that bad. Your insurance was probably lousy and not worth the money anyway. Last week Obama announced an exemption that will allow insurance companies to continue selling these plans in 2014, though it seems unlikely that many firms will take advantage of the opportunity. Your best bet is to buy coverage on the exchange.

Alright, I’m ready to check out prices and compare plans. What should I do?

There’s no immediate rush. As long as you sign up by December 15, your coverage will kick in on January 1. Even if you can get through before then, open enrollment lasts through March. So take your time and keep trying. The website isn’t entirely broken; some folks are managing to successfully complete a purchase, it’ll just take some patience. But if people are willing to wait hours in line for the latest iPad, it’s worth sacrificing a little time to buy health insurance. Try different times of day to see if it’s less glitchy when fewer people are hitting refresh (though staying up late at night won’t do much good; the site is shutdown every night from 1 a.m. to 5 a.m. EST for repairs). 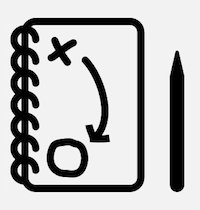 The government is paying an army of guides to help people through the process. It’s a free service, so take advantage of their expertise. They can help you through each step of the process, and they’re in every state. You can find a list of navigators in your area by searching here.

It’s hard to examine prices on Healthcare.gov unless you create a profile—a step where the website tends to fail. The Obama administration didn’t want to confuse customers by showing them the full price of insurance without first assessing whether they’ll also get subsidies. It’s nice in theory, but users get stuck creating their profile, unsure on prices.

Luckily HealthSherpa.com is there to guide you. It’s everything you’d hoped Healthcare.gov would be. All you have to do is enter your zip code and you’ll be presented with every available plan. Enter your age and the number of people you want covered to further refine your options. You can sort plans by level of coverage, and HealthSherpa will even estimate subsidies, adjusting your monthly costs accordingly, after you enter your income. If you find a plan you like, they’ll send you directly to the insurer’s website where you can purchase insurance.

It doesn’t work for every state. Information is still forthcoming for a few of the states that built their own websites—but that’s not a huge problem because most of those states have functional websites of their own. The insurance companies will still direct you to Healthcare.gov if you qualify for subsidies. But it’s an easy way to avoid the national website if you just want to comparison shop for coverage.