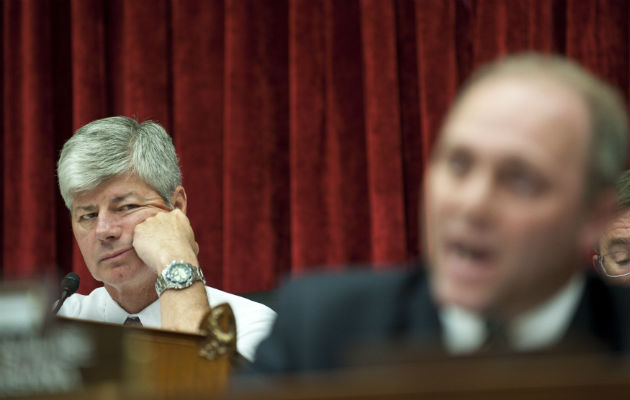 During the fractious health care reform fight of 2010, one of the sticking points preventing the bill from moving forward was a controversial amendment proposed by Rep. Bart Stupak, a Michigan Democrat. The so-called Stupak amendment would have forbidden Obamacare plans from covering abortion, instead requiring Americans who wanted this coverage to purchase separate, abortion-only policies. Stupak lost the battle, but he’s winning the war. Twenty-three states have adopted similar rules—and Stupak’s home state of Michigan could be the latest to join them.

On Monday, a state elections board is expected to certify a petition drive, organized by the anti-abortion group Michigan Right to Life, in support of a law prohibiting public and private health insurance plans from covering abortions, even in cases of rape or incest. The only exception is when a woman’s life is at risk. Under the law, individuals and employers could purchase an insurance rider specifically covering abortions. But because employers would have the option of not including the rider in their policies, some women might not even have that choice. If Michigan Right to Life is successful, the bill will go to Michigan’s Republican-controlled Legislature for a vote.

Although Stupak’s amendment didn’t make it into the Affordable Care Act, a compromise gave states the power to opt out of the federal requirement that health care plans include abortion coverage. So far, 23 states have taken advantage of that provision, by passing laws prohibiting plans offered through state exchanges from covering abortions. Eight of those states ban abortion coverage in both public and private plans.

Last year, Michigan’s Republican governor, Rick Snyder, vetoed a proposal identical to the one that is being floated by Michigan Right to Life, but the anti-abortion group is attempting to bypass the governor by using a unique provision in Michigan’s constitution. The state’s constitution allows citizens to send a bill to the Legislature with just 3 percent of the population behind it, after which a straight up-or-down vote is all that’s needed for the legislation to become law. It doesn’t even go to the governor. The best-case scenario for the bill’s opponents is if the GOP-controlled Legislature doesn’t bring the legislation to a vote. If no action is taken in Lansing, the measure will become a ballot initiative in the 2014 elections, when an already energized Democratic electorate has a better chance of voting it down.

Women who are covered by Medicaid, which Michigan has expanded to cover 400,000 more people under the Affordable Care Act, would not be affected. States have broad discretion in managing their Medicaid programs but are required to cover abortions in cases of rape, incest, and life-threatening situations. South Dakota has blocked Medicaid coverage of abortions in cases of rape and incest—an apparent violation of federal law that has not yet been challenged by the federal government.

The measure anti-abortion activists are pushing in Michigan could leave many women in a shaky—and increasingly common—situation. About 60 percent of abortions in the United States are already paid for out-of-pocket, according to the Guttmacher Institute, a reproductive rights think tank formerly affiliated with Planned Parenthood. In theory, the Affordable Care Act allows insurance companies using the exchanges to offer an abortion rider at no additional cost, so long as the funding stream is kept separate from regular plans. But there’s also nothing to require insurance companies to offer those riders at all. In the event that a woman couldn’t obtain a coverage rider—or simply never anticipated needing one—she would have to pay out of pocket for a procedure that costs about $500 in the first trimester. In later stages or pregnancy, the costs grow exponentially.

“It’s just outrageous,” said Democratic state Senate Minority Leader Gretchen Whitmer. “This is requiring that people have a plan for an unplanned pregnancy. It’s absolutely ridiculous to make something like this the law.” And in cases of rape or incest, it would amount to a stiff financial penalty, paid for by the victim.

Pam Sherstab, spokeswoman for Michigan Right to Life, insists the the group’s primary purpose is to safeguard anti-abortion taxpayers from financing abortions through the insurance market. She told Mother Jones the group had not given much thought to the question of how much it might cost to purchase abortion coverage through a separate rider. ??This isn’t the first time Michigan Right to Life has taken advantage of the petition system in an effort to curb abortion rights. Since 1987, the organization has successfully used the same process to ban Medicaid from covering abortions for people receiving welfare benefits (unless the life of the mother is at risk), to require parental consent for teenagers seeking abortions, and to ban partial-birth abortions.

With almost half the country on her side, Sherstab says Michigan’s bill should hardly come as a surprise—it’s the new normal. “It’s kind of amazing to be getting some media coverage about this,” Sherstab said. “We like to think we’re very special, but 23 states have already done this!”