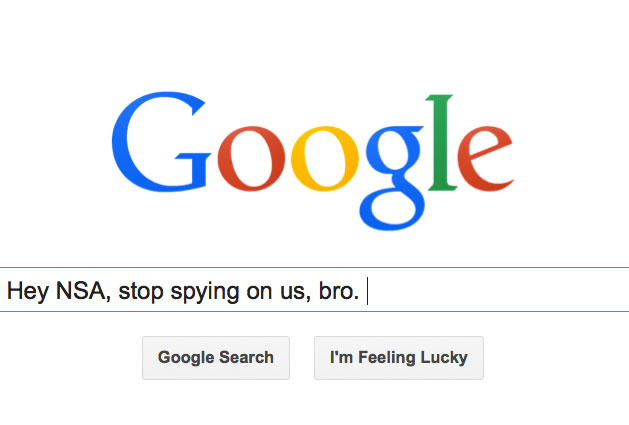 Not a month goes by without former National Security Agency contractor Edward Snowden dropping another explosive bombshell about the US government’s vast surveillance programs. In response, lawmakers have proposed a flurry of bills that aim to clamp down on NSA spying. But tech companies aren’t just sitting on the sidelines—the latest lobbying disclosure forms filed by Google, Facebook, Yahoo, and Twitter reveal that their lobbyists are keeping an eye on a number of these anti-NSA bills. And although most of the companies won’t say which specific bills they support or oppose, some new bills have popped up on their lobbying forms just as the companies are publicly demanding surveillance reform.

The lobbying disclosure forms cover the period from July 1 to September 30, the months immediately following the first Snowden disclosure about the PRISM program in June. Bills introduced after those dates, such as the tech industry-backed USA Freedom Act proposed by Senate Judiciary Committee Chairman Patrick Leahy (D-Vt.) and Rep. Jim Sensenbrenner (R-Wis.), aren’t included. There are also some bills that were introduced pre-Snowden.

In total, during this period, Facebook spent $1.44 million on lobbying, Yahoo spent $630,000, Google spent $3.37 million, and Twitter spent $40,000. The forms don’t break down whether a company poured thousands of dollars into lobbying for one bill, or had one brief conversation about it with a lawmaker or an aide. Nor do the forms reveal whether companies have lobbied for or against a given bill. And for now, most US tech companies are keeping their positions about specific bills secret, so they can present a unified front against NSA spying and keep their options open.

Representatives of the most important tech companies have, however, made public statements indicating that they’re likely to support bills that allow them to shed more light on government surveillance. “I was shocked that the NSA would do this—perhaps a violation of law but certainly a violation of mission,” Google Executive Chairman Eric Schmidt told CNN last week, in response to an October 30 Washington Post report that the NSA was tapping into Google’s servers without the company’s consent. “From a Google perspective, any internal use of Google services is unauthorized and almost certainly illegal.” Niki Fenwick, a spokesperson for Google, said that the company doesn’t comment on whether it supports specific bills, but Bloomberg News reported last week that the company, which has bulked up its lobbying presence on Capitol Hill, “seeks to end National Security Agency intrusions into its data.”

“Defending and respecting the user’s voice [is] a natural commitment for us and is why we are so committed to freedom of expression,” Colin Crowell, Twitter’s vice president for global public policy, tells Mother Jones. A Twitter representative noted that the company is actively supporting two of the bills below, S. 607 and HR 1852, which require law enforcement to obtain a warrant before accessing private emails. “For the others, at any given moment, bills are in a state of change so it is rare to emphatically state that we formally support or oppose any given bill until it is nearer a point of final passage,” the representative added.

Without further ado, here are eight pro-transparency bills that some of the biggest names in tech are watching:

1. The FISA Accountability and Privacy Protection Act of 2013 (S. 1215)
Who listed? Google and Twitter
What does it do? Leahy introduced this bill, which attempts to provide more information on NSA surveillance by requiring government watchdogs to audit national security letters—top-secret government demands for customer records related to an investigation. The bill also mandates that the government release a yearly report to Congress on how the Foreign Intelligence Surveillance Act (FISA), one of the laws that underpins the NSA’s phone and internet spying programs, is impacting Americans’ privacy.

2. The Surveillance Transparency Act of 2013 (S. 1452)
Who listed? Yahoo, Google, and Twitter
What does it do? Sen. Al Franken (D-Minn.) introduced this bill, which would require the government to provide more detailed information about its national security demands—including how many users were targeted. Tech companies would also be allowed to disclose the number of orders they receive that require them to spy on users.

3. The Libert-E Act (H.R. 2399)
Who listed? Twitter
What does it do? Reps. John Conyers (D-Mich.) and Justin Amash (R-Mich.) introduced the Libert-E Act, a hard-hitting bill that narrows FISA and the PATRIOT Act, the Bush-era law that expanded the power of US intelligence and law-enforcement agencies. The bill also mandates some Inspector General investigations into targeting of Americans under FISA but does not revise the part of that law that justifies PRISM, the broad online surveillance program.

4. The Surveillance Order Reporting Act (S. 3035)
Who listed? Yahoo, Google, and Twitter
What does it do? Rep. Zoe Lofgren (D-Calif.) introduced this bill, which allows tech companies to publicly report the number of national security requests they’ve received, how many they complied with, and how many user accounts have been compromised, in ranges of 100.

5. The Ending Secret Law Act (S. 1130)
Who listed? Twitter
What does it do? Introduced by Sen. Jeff Merkley (D-Ore.), this bill sheds more transparency on government surveillance, by requiring the attorney general to disclose each decision, order, or opinion of the top-secret spy court that significantly changes the legal interpretation of FISA. (There is an exception if the disclosure is “not in the national security interest of the United States.”)

6. The Electronic Communications Privacy Act Amendments Act of 2013 (S. 607)
Who listed? Facebook, Yahoo, Google, and Twitter
What does it do? Leahy introduced this bill a few months before the Snowden allegations hit. But it nonetheless takes a partial swipe at  government surveillance. The bill would require that government agencies obtain a warrant before demanding that tech companies turn over emails and documents stored on their servers, but makes an exception for information collected under FISA.

7. The Email Privacy Act (HR 1852)
Who listed? Twitter and Google
What does it do? This is the House companion bill to S. 607 above, and was introduced by Rep. Kevin Yoder (R-Kan.). It requires that government agencies get a warrant before demanding that tech companies turn over communications, and it also requires that the law enforcement agencies send the user a copy of this warrant in no later than 10 business days. However, it makes an exception for information collected under FISA.

8. The Online Communications and Geolocation Protection Act (HR 983)
Who listed? Twitter, Google, Yahoo, and Facebook say they’re working on issues about “geolocation information.”
What does it do? Rep. Zoe Lofgren (D-Calif.) introduced this bill before the Snowden allegations, and it addresses location and other online data that is collected by tech companies. Under the act, the government would have to get a warrant if it wants this data, and would have to notify consumers in most instances when this data is collected (there is an exception for data collected under FISA). These companies are also all watching a similar bill, the Geolocation Privacy and Surveillance Act (HR 1312).