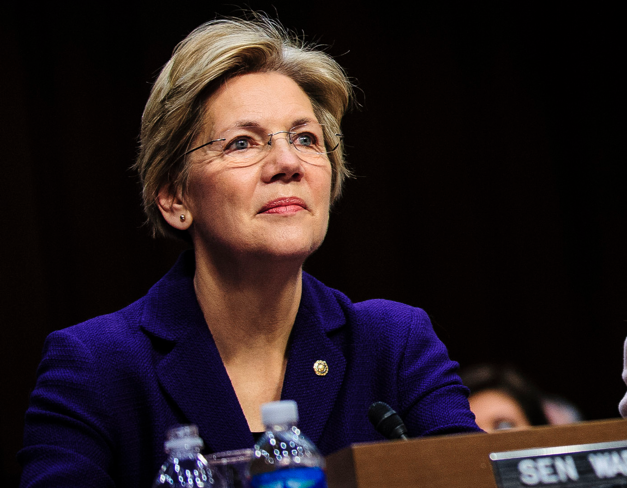 Last week, the president and vice-president of the centrist think-tank Third Way accused Sen. Elizabeth Warren (D-Mass.) of ignoring what they call Social Security’s “undebatable solvency crisis.” In an interview with Mother Jones, Warren fired back, countering the charge, and elaborating on how Social Security could be expanded.

“If we made no changes at all to Social Security,” Warren said, “it would continue to make payments at the current level for about 20 years,” meaning there is no immediate crisis facing the program, which assists some 58 million Americans. “Modest adjustments,” she added, “will make certain… we could increase benefits for those who need it most.”

One way to increase monthly benefits to seniors, Warren said, would be to broaden the program’s funding pool. She did not elaborate on how, but one proposal that has been floated in recent years would raise the cap on the level of earnings subject to the Social Security tax. In 2013, for example, Americans paid a Social Security tax of 6.2 percent on wages up to $113,700. Earnings over that amount were not subject to the tax. Several members of Congress have introduced legislation that would lift or eliminate this cap, including Sens. Tom Harkin (D-Iowa), Mark Begich (D-Alaska), and Bernie Sanders (I-Vt.), and Reps. Gwen Moore (D-Wisc.), Pete DeFazio (D-Ore.), and Linda Sanchez (D-Calif.). Harkin’s bill would increase Social Security payments by $70 a month for low- and middle-income beneficiaries.

Another way to increase the program’s funding base, tax experts say, would be to close loopholes that drain money from Social Security. Each year, for instance, employers misclassify millions of workers as independent contractors instead of employees, according to the IRS. That means employers don’t pay their portion of the Social Security tax, and the $2.8 trillion Social Security trust fund is juked out of billions of dollars in revenue annually.

The average monthly Social Security payment is $1,162. Americans have become more dependent on the program in recent years because a growing portion of retirees can no longer rely on pensions through their employer. Twenty years ago, 35 percent of private sector employers offered workers a traditional pension that provided monthly payments to retirees. Today, only 18 percent of employers offer such a plan. About 44 million workers get no retirement help from their employers.

In the interview, Warren emphasized that Third Way, as well as many in Congress and the media, are framing the debate over Social Security in the wrong way. “We should stop having a conversation about cutting Social Security a little bit or a lot,” she said.

President Barack Obama, along with lawmakers on both sides of the aisle, have proposed trimming the program to rein in the deficit. Each year, the Social Security Administration increases benefit payments to keep up with inflation. The president and lawmakers have suggested using a new, supposedly more accurate formula to calculate inflation, which would make monthly Social Security payments increase more slowly. In a speech on the Senate floor last month, Warren said this new formula is far from accurate, and that Congress should not balance the budget on the backs of the elderly. (Budget negotiators, who must reach an agreement by mid-January, have since decided against including Social Security cuts in the deal.) Warren’s floor speech prompted the Third Way op-ed.

A coalition of liberal advocacy groups, including the Progressive Change Campaign Committee, have also lashed out against Third Way. The organizations called on their members to ask congressional Democrats affiliated with the think tank to disavow the op-ed.

Warren has said time and again that she will not run for president in 2016, but this conflict between the progressive wing and the centrist wing of the Democratic party could serve as a warning for the next Democratic presidential nominee not to stray too far towards the center.