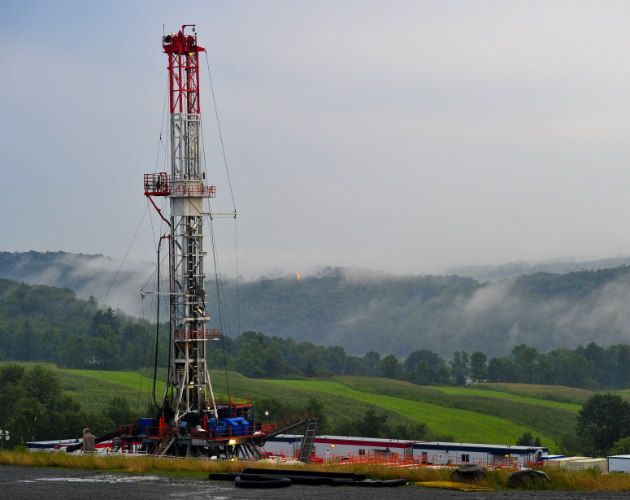 The Environmental Protection Agency has released its to-do list for 2014, in the form of its annual regulatory agenda. And it calls for tackling some controversial environmental questions that Congress has been unable to resolve, including how to limit carbon emissions from existing power plants and whether energy companies should be required to disclose the chemicals they inject into the ground during fracking. While the plan has some gaps—Bloomberg BNA has pointed out it’s noticeably silent on coal ash, a toxic coal-burning byproduct that has been responsible for several recent environmental disasters—it could have far-reaching environmental benefits. Below is a summary of the EPA’s biggest goals in the new year.

Between now and September 2014 the EPA aims to finalize its rules for capping greenhouse gas emissions from existing natural gas and coal-fired plants, which together produce a whopping 40 percent of the United States’ carbon emissions and one-third of its heat-trapping gases. Controlling smokestacks emissions is critical to addressing climate change, but carbon legislation is a non-starter, even in the Democratically controlled Senate. The EPA rules are bound to be challenged in court and they’ll invariable fuel allegations that Obama—and his vulnerable Democratic allies on Capitol Hill—are waging a war on coal. But, presuming they survive, they could be historic.

While the caps for existing plants have yet to take shape, the White House recently called for limiting new coal-fired plants to 1,100 pounds of carbon dioxide per megawatt hour—60 percent less than the average coal-powered plant releases—and gas-power plants to 1,000 pounds.

Late next year, the EPA plans to weigh in on whether oil- and gas-drilling companies should be required to disclose which chemicals they inject into the ground during fracking. Environmentalists and public health watchdogs have long pressed fracking companies to reveal this information, saying otherwise there’s no way of judging the risk to groundwater. (The scene in HBO’s documentary Gasland in which a resident near a fracking site lights tap water on fire encapsulates their fears.) But companies usually resist, claiming their formulas are proprietary. So far, only a handful of states have passed laws forcing fracking disclosure. Industry groups have managed to hobble some of them, while also pushing their own legislation that would protect these chemicals as trade secrets.

Congressional lawmakers, who have seen donations from oil and gas companies rise by 180 percent rise over the past nine years, don’t seem eager to act on the issue. The FRAC Act, a bill first introduced in 2009 that would force disclosure of fracking chemicals, is stalled in committee in both the House and the Senate. And thanks to the “Halliburton Loophole,” which was slipped into a 2005 energy bill at the behest of then Vice President Dick Cheney, the EPA is barred from monitoring the industry’s compliance with the Safe Drinking Water Act. EPA disclosure requirements could go a long way to bringing uniformity to patchwork state laws and allowing public health advocates to keep tabs on an opaque industry.

Two US Supreme Court rulings from 2001 and 2006 have created enormous confusion over the EPA’s authority to regulate small water bodies under the Clean Water Act. As a result, under George W. Bush the agency dropped hundreds of enforcement cases involving streams and isolated wetlands that share flood plains with or flow into the nation’s major water sources. The new rules would clarify the EPA’s authority to protect these waterways, based on a September report showing that they are vitally interconnected with larger ones. (This, of course, is common knowledge among ecologists.)

Environmentalists say the move is long overdue. “This really isn’t an expansion of EPA’s authority,” Bob Wendelgass, the CEO of Clean Water Action, said recently. “It’s really a restoration of EPA’s authority.” But Republican lawmakers are framing the potential rule as assailing the rights of private citizens who have waterways on their property, with Reps. Lamar Smith (R-Tex.) and Chris Stewart (R-Utah) calling it “a massive power grab.”