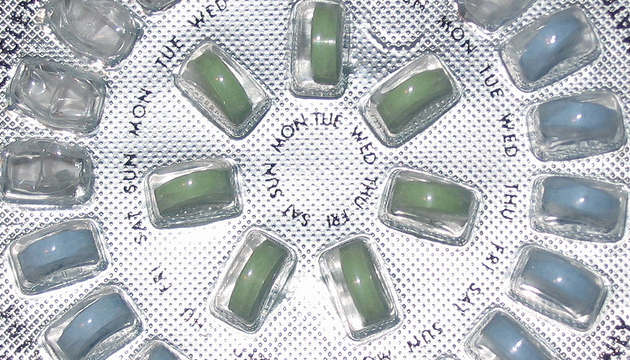 The percentage of privately insured women who didn’t pay a dime for birth control pills almost tripled this year, rising from 15 percent in 2012 to 40 percent in 2013. That’s according to a new study from the Guttmacher Institute, a think tank that backs abortion rights. The study, which was published in the journal Contraception, examined the effects of an Affordable Care Act rule requiring private insurers to cover contraceptive products and counseling with no co-pay.

This same rule has come under sustained, delirious assault by Republicans who paint it as an attack on employers’ religious beliefs. During the debt ceiling crisis this fall, some House Republicans were willing to let the government default if the final financial deal did not include a “conscience clause” allowing employers to sidestep the mandate if it violated their religious beliefs. (The Obama administration has already exempted a narrowly defined set of religious institutions.)

That battle will come to a head this spring, when the Supreme Court will hear arguments in Sebelius v. Hobby Lobby Stores, Inc. Citing their Christian beliefs, owners of the Hobby Lobby chain of craft stores are refusing to provide their female employees with insurance that covers contraceptive services. A decision in favor of Hobby Lobby could blow a hole in the contraception mandate, allowing any private employer to withold birth control coverage simply by citing their religious beliefs.

The Guttmacher study found that the proportion of privately insured women who used a vaginal ring for contraception and paid $0 in out of pocket costs increased from 23 percent to 52 percent between 2012 and 2013.

The financial impact for many women will be critical. Before the mandate, reproductive-aged women spent 68 percent more on out-of-pocket health care costs than men their age. A quarter of middle- and low-income women reported difficulty paying for birth control at the height of the recession.

A grandfather clause allows some private insurers, for the time being, to keep charging co-pays for birth control methods. And some insurers appear to be improperly foisting co-pays upon women in spite of the mandate, according to a policy analysis that Guttmacher released alongside its study. “For example, multiple insurers—including Aetna, Cigna, UnitedHealthcare, and several Blue Cross Blue Shield affiliates—appear to be excluding the contraceptive ring and patch from coverage at no cost-sharing,” Adam Sonfield, a Guttmacher fellow who co-authored the study, wrote in the policy analysis.

Still, for the time being, Guttmacher observes that Obamacare’s birth control mandate is having its intended effect for “tens of millions of women.” “That the benefits for pill and ring users have accrued so rapidly is remarkable, showing that the contraceptive coverage guarantee is meeting a real demand,” Sonfield said.