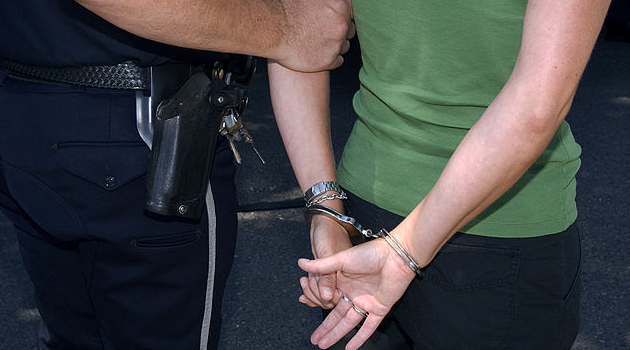 A new report from Human Rights Watch finds that Louisiana’s AIDS death rate is more than double the national average—and it places a large share of the blame with the New Orleans Police Department. The report, “In Harm’s Way,” accuses New Orleans police of harassing suspected sex workers so aggressively that they have undermined efforts by public health workers to treat HIV/AIDS patients.

The problem stems from the police force’s arbitrary enforcement of the crime of “loitering for prostitution,” an offense so vaguely defined, the report says, “that it permits police to consider a wide range of behavior to be grounds for arrest, including where people are, what they are wearing, and what they may have done in the past.”

Because of how New Orleans police enforce the loitering statute, Human Rights Watch reports, sex workers have become susceptible to losing access to HIV/AIDS treatment due to arrest and have grown wary of carrying condoms—which police use as evidence of prostitution even when they don’t witness the commission of an actual crime.

In recent years, state and local health officials have significantly increased the number of people with HIV who are in treatment. Unfortunately, their work is undermined by state and local laws and policies, as well as police practices, that not only fail to reduce the risk of harm but exacerbate a high-risk environment where it is difficult for people to avoid HIV infection and to access life-saving treatment and support…

Sex workers and people suspected by police of engaging in sex work also reported that police use condoms as evidence of prostitution. In stops and searches related to possible prostitution, officers frequently commented on, confiscated, or threatened arrest on the basis of how many condoms someone was carrying. There is no indication that condoms have been used in prosecutions for prostitution; nonetheless, this practice has an alarming consequence for public health.

Sex workers, transgender women and others at high risk of HIV infection told us that they were afraid to carry condoms and that they sometimes had to engage in sex without protection out of fear of police harassment…

In New Orleans, the NO/AIDS Task Force visits every prisoner who tests positive for HIV at the Orleans Parish Prison and arranges a medical appointment upon release. However, their clients are often arrested again before they can make it in to see the doctor; one transgender woman was arrested for prostitution 10 times in three years, and has yet to keep her appointment with the clinic.

Human Rights Watch notes that transgender women in particular, a group at high risk for HIV/AIDS, find themselves “under siege”—”subject to constant harassment, verbal abuse, stops for suspicion of prostitution, and demands for sex in exchange for leniency” by New Orleans cops who suspect they are sex workers.

The report calls for the New Orleans Police Department to stop considering the possession of condoms a reason to question, arrest, or detain suspected sex workers and to improve its enforcement of existing policies that prohibit officers from targeting LGBT people. It also calls for city officials to repeal the loitering for prostitution statute.

On Thursday, a New Orleans police department representative told local media that these complaints of systemic harassment were unfounded, saying, “To date, we have no record of the allegations made in this report.”

Along with aggressive police tactics, the report blames Louisiana’s high HIV/AIDS rates on the state’s criminalizing of syringes as illegal drug paraphernalia. “Syringe access programs and other effective harm reduction measures have made injection drug use the only mode of HIV transmission that has been in consistent decline since the epidemic began in the US,” HRW notes. But because the state has criminalized syringes, effectively criminalizes needle exchange programs, “Neither Louisiana nor New Orleans has been able to reduce its rate of HIV infection among injection drug users in the last five years.”