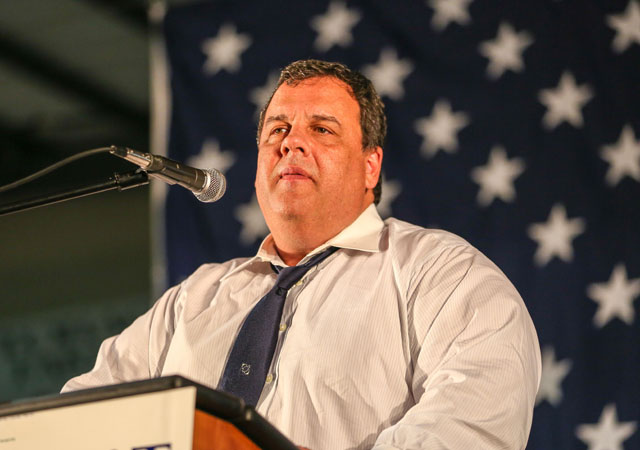 On Thursday, New Jersey Gov. Chris Christie fired a top aide who ordered lane closures that caused a weeklong traffic jam on the George Washington Bridge and in nearby Fort Lee. Christie also forced his former campaign manager, Bill Stepien, who was aware of the lane closure plans, to drop out of the running to chair the New Jersey Republican Party, and told Stepien to cancel a lucrative contract with the Republican Governors Association, which Christie chairs.

In a press conference Thursday morning, Christie apologized to the people of Fort Lee and New Jersey and to the state Legislature for the lane closures. He said that his deputy chief of staff, Bridget Anne Kelly, “lied to me” about her role in the traffic mess, while insisting that he knew nothing about the decision to cause the traffic jam. “I am heartbroken that someone that I permitted to be in that circle of trust for the last five years betrayed my trust,” Christie said.

Emails and text messages released Tuesday strongly suggest that Kelly, the senior Christie aide, ordered the traffic debacle as political retribution against the Democratic mayor of Fort Lee, who had declined to endorse Christie in his 2013 gubernatorial race. “Time for some traffic problems in Fort Lee,” Kelly wrote to David Wildstein, a Port Authority official who resigned in the wake of the traffic jam.

Christie has denied that he personally made the call to close the bridge lanes that caused the traffic jam. “I am outraged and deeply saddened to learn that not only was I misled by a member of my staff, but this completely inappropriate and unsanctioned conduct was made without my knowledge,” he said on Wednesday.

At his press conference, Christie reiterated that he had no role in the bridge debacle and that he first learned about it Wednesday after his morning workout. “I was blindsided yesterday morning,” he said. “I had no knowledge or involvement in this issue, in its planning or its execution, and I am stunned by the abject stupidity that was shown here.” But he added that the responsibility for the scandal is his. “Ultimately, I am responsible for what happens on my watch, the good and the bad, and when mistakes are made, I have to own up to them and take the action that I believe is necessary to remediate them.”

In response to critics who said Christie sent the tone of his administration, he said the bridge scandal was “the exception, not the rule.” He said he would visit the borough of Fort Lee to apologize for the bridge scandal, and he pledged to “work cooperatively” with state and federal investigations into the scandal.